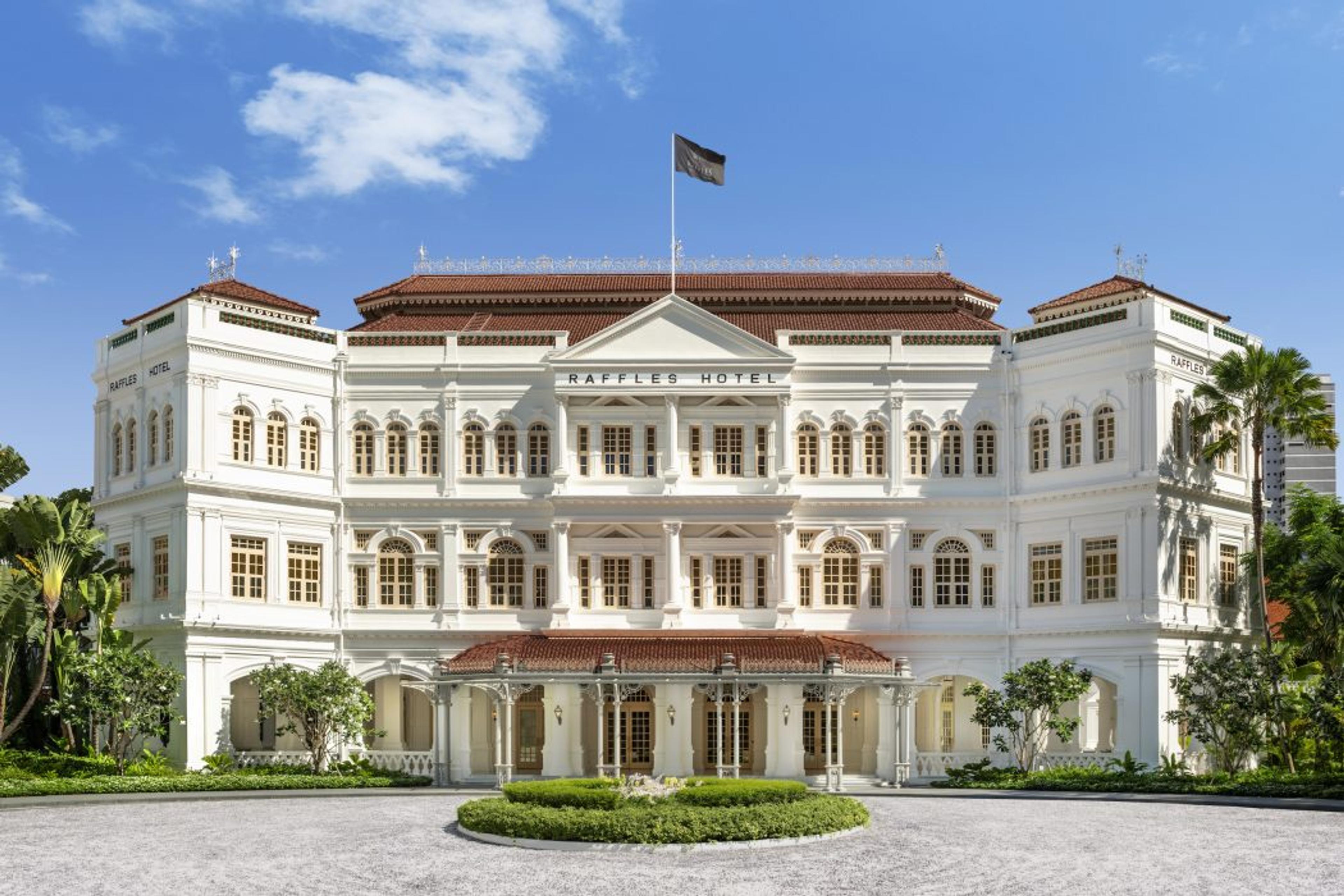 We’re certainly no strangers to a new hotel opening and this year has brought with it a slew of top notch new accommodation around the globe.

We’re certainly no strangers to a new hotel opening and this year has brought with it a slew of top notch new accommodation around the globe.

From cosy boltholes in the English countryside, to the most exclusive of Maldivian resorts, via some of Africa’s most sumptuous safari camps, we’ve rounded up a few of our favourites…

Arguably London’s most hotly-anticipated opening of the year, The Standard opened in July in the brutalist former Camden Town Hall Annex overlooking King’s Cross, the first opening outside the United States for parent company Standard International. The 266 rooms are decorated in 42 spectacular styles, featuring everything from Cosy Core rooms to terraced suites calling out for a party.

It’s a sight to behold, with social spaces including the library lounge, home to its own in-house librarian, and the Sounds Studio, a wood-panelled, sound proofed studio to host, stream and record DJ sets, interviews, podcasts, and intimate live shows. With two restaurants helmed by Chef Adam Rawson and Peter Sanchez Iglesias’ tenth floor restaurant opening in October, will cap off the building it’s sure to become a new hub of the city.

BLESS Hotel Madrid was the first opening from BLESS Collection Hotels this January, and the second outpost in Ibiza followed hots on its heels this summer. The White Isle has been smartening up its act in the last few years and while the old faithful clubs are still going strong, a new crop of slick accommodation away from the noisiest nightlife means you can invest in some serious R&R.

Part of the prestigious Leading Hotels of the World collection, BLESS is located in the exclusive Cala Nova in the east of the island, fringed by magical crystal clear waters, visible from its 151 rooms. A range of restaurants, vermouth bar, two infinity pools and state of the art spa mean you’ll be lucky to tear yourself away.

Relaunching in December after its initial soft opening in January, Islas Secas is an exquisite eco-destination combining Panama’s incredible nature and seascape with unrivalled adventures and genuine sustainable hospitality.

One of Central America’s best-kept secrets, Panama’s Pacific Coast is a wonderland just begging to be explored. A privately-owned archipelago of 14 islands in the Gulf of Chiriquí, Islas Secas recycles 100% of its food waste, while 100% of the property’s energy is solar-generated and 100% of waste water is re-used for irrigation; it’s an example in sustainable hospitality. With space for just 18 guests and lying 20 miles from the nearest civilisation, it’s the ultimate barefoot luxury.

A new opening this month, South Africa’s Lepogo Lodges is one of the country’s few entirely not-for-profit, luxury safari camps. Located in the malaria-free Lapalala Wilderness Reserve in the Limpopo Province, it marks the very first safari camp in Africa to offset the carbon footprint of every visiting guest.

First to open, Noka Camp comprises five stilted villas perched atop a 100ft cliff, complete with heated plunge pool, ‘sky bed’ and breath-taking views of the winding Palala River, while the exclusive-use Melote House will open in late 2020. With game-drives, water safaris, yoga, spa experiences and a ‘luxury bush sleep outs’, guests can indulge in a once-in-a-lifetime safari experience safe in the knowledge their carbon footprint is under control.

Times Square may not traditionally be synonymous with incredible luxury hotels over affordable tourist traps, but the latest in The Edition’s little black book – opened in March – might just be the one to change that.

Located at 701 Seventh Avenue on the corner of 47th Street, the hotel boasts a staggering 452 guest rooms along with four levels of public space, including a 5,000 sq. ft. performance venue, a 1,900 sq. ft. meeting studio, state-of-the-art fitness centre and a lobby lounge at check-in level. The views are staggering; the signature restaurant leads out onto a 5,800 sq. ft. beer garden and an event deck overlooking Times Square, alongside an all-day dining venue with views across the New York landmark. With Michelin-starred chef John Fraser to helm all of the hotel’s food and beverage outlets, it’s one to add to your NYC radar.

Right in the heart of the Okavango Delta, Wilderness Safaris’ Jao Camp features five spacious tented suites along with two exclusive new villas, each with its own private vehicle, guide, chef and butler. One of Africa’s most wildlife-rich ecosystems, the Okavango is a dream for nature and photography lovers alike and camp’s new Centre of Knowledge museum and gallery will be a must-visit.

100% solar-powered, Jao is dedicated to the conservation of the Okavango, with a new power plant that works on one of the biggest Victron inverter systems in the world, and the largest lithium-ion battery bank in southern Africa, while suites and villas will be cooled with an indirect Climate Wizard evaporative cooler, using a fraction of the energy of conventional air conditioning. They have also been fitted with innovative self-igniting Calore fireplaces, which use pellets made of sawdust left over from working natural wood, without any additives or caking agents.

Vakkaru Maldives is a luxury resort with a difference. One of the newest additions to the exclusive UNESCO Biosphere Reserve of Baa Atoll, it’s located on a reef island with uninterrupted 360 degree views. With four restaurants, two bars and a spectacular wine cellar all practicing sustainable local purchasing, a portion of the fruit, vegetables and herbs is even sourced from the island’s own Organic Farm.

The resort’s on-site Reverse Osmosis water treatment technology allows natural process to produce clean water including drinking water, while in a commitment to protect the surrounding environment, they invited guests and team members to participate in coral planting, using a specially designed frame to attach the fragmented corals, which are now monitored regularly by the Vakkaru team.

A cosy autumnal weekend cannot be beaten and we urge you to get The Newt in Somerset on your radar for this season. A newly-restored historic country estate near Bruton, the brand new 23 room hotel and spa has been open mere weeks, following the launch of the beautifully cultivated gardens, cyder press, restaurants, farm and house and garden shops in May.,

It really does embrace all things local, celebrating the history and heritage of Somerset, and particularly the apple, from pruning and training saplings, to harvesting, pressing and the final stage: cyder making. Guests can enjoy tastings from the estate’s Cellar Master alongside a stellar menu of seasonal dishes at each of the varied dining offerings.

The name Four Seasons is synonymous with the pinnacle of luxury and their new Mexican resort – arriving on November 1st – may well be the most exquisite yet. The first ever with its own marina, the property resides on two miles of beach along Mexico’s undiscovered East Cape of Baja, a UNESCO Marine Heritage Site which Jacques Cousteau named ‘the aquarium of the world’ no less.

One hundred and forty one rooms and suites blend layers of textures including metal, wood and stone to seamlessly integrate the inside with outsides, contrasted with vibrant Mexican art, though guests might not feel the need to spend much time in them given the five options for dining and drinks, four pools, Oasis spa and 18 hole golf course…

10. Raffles, Singapore and The Barracks, Sentosa

While [i]technically[/i] a re-opening, Raffles is such an iconic bastion of hospitality it deserves a special honorary mention in this, Singapore’s bicentennial year. Having spent my 21st birthday indulging in afternoon tea and Singapore Slings in The Long Bar, this hotel holds a special place in my heart and after more than two and half years of restoration it’s back and better than ever.

Exquisite new suites, vibrant lifestyle experiences and exclusive dining concepts have all been introcued, while The Raffles Arcade has been newly outfitted with a charming Raffles Boutique and several bespoke retail brands. Restaurant collaborations include one with Chef Anne-Sophie Pic, of the three-Michelin star Maison Pic in Valence, France; venerable French Master Chef Alain Ducasse; and Chef Jereme Leung, known for his innovative Chinese cooking.

An additional honorary mention at joint number 10 goes to Singapore’s The Barracks, a hop, skip and a jump over to Sentosa Island from Raffles and one of the newest Small Luxury Hotels of the World properties, opening in December.

A tailor-made experience nestled in the tranquility of Sentosa, The Barracks Hotel Sentosa occupies a conserved colonial building built in 1904; what was once used by the British Army now features 40 guest rooms steeped in luxury and heritage, the perfect antidote to the bustle of the city. You can also check out the top things to do in Singapore here.