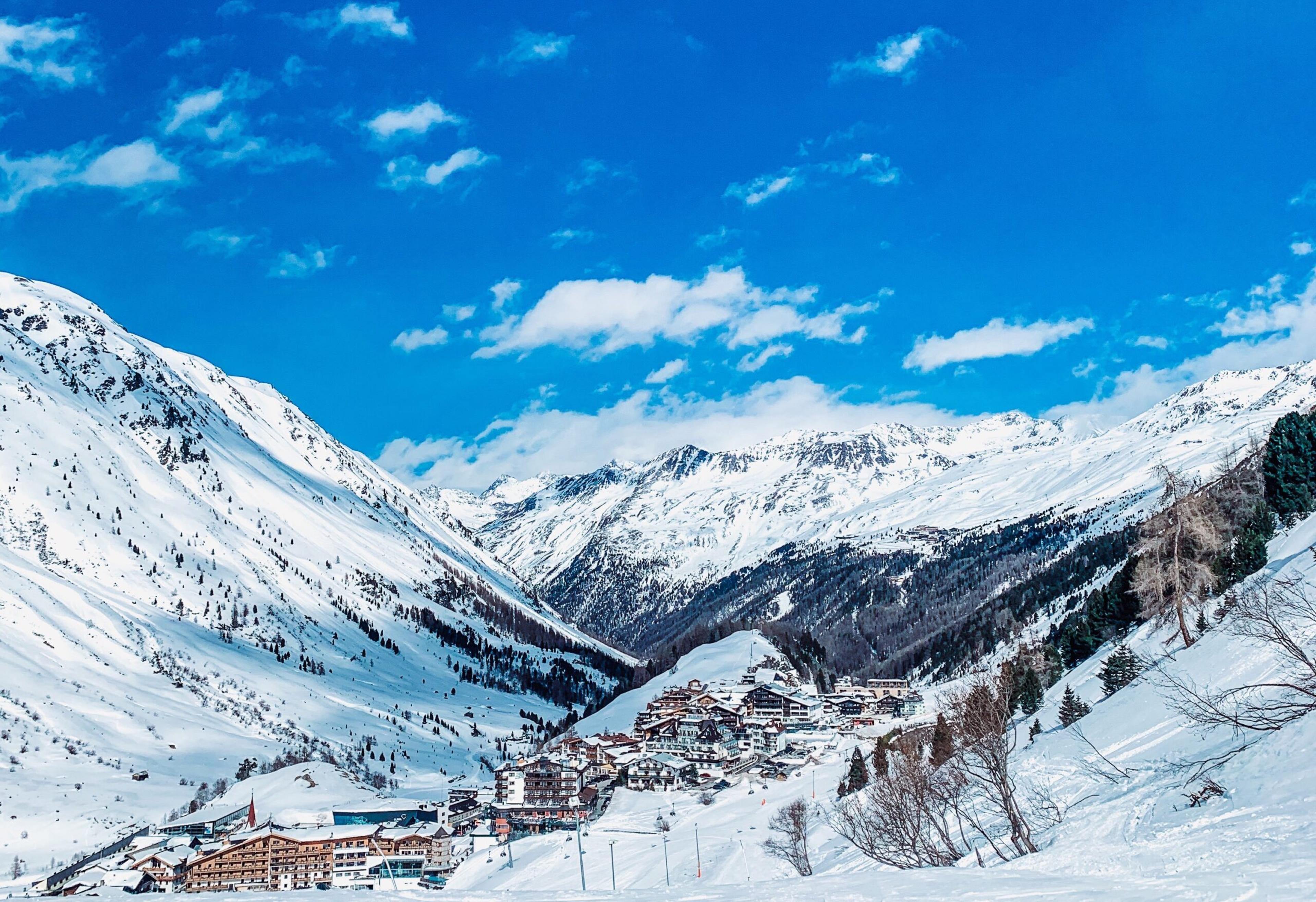 48 Hours in the Austrian Alps

This ski season might be looking different to ever before, but when we are allowed to hit the slopes again the quaint Austrian village of Obergurgl gets our vote.

While we still wait on tenterhooks to see just exactly what beholds of this year’s ski season one thing is for certain, with the kibosh on aprés ski as we know it it will be a very different experience to seasons past, perhaps even a time for some of the quieter resorts to shine.

Just before the c-word put a very abrupt end to last winter’s antics, I had the pleasure of a whirlwind weekend in the Austrian alps, on the slopes of Obergurgl in the Ötztal region. A beguilingly picturesque drive from Innsbruck, peppered with quaint villages and breathtaking passes, this resort is nestled between Sölden – famous for its appearance in the Bond film Spectre – and the Italian border.

Known as ‘The Diamond of the Alps’, it’s one of the first Alpine resorts to open in mid-November thanks to its altitude and with 25 mountain lifts and 112 kilometres of slopes there’s plenty of runs to keep you entertained for a weekend. Somewhat more of a family-friendly resort than one with the party reputation of some of its counterparts, you’re more likely to find quiet fireside fine dining than banging club nights, but given the way this season will likely pan out that’s not necessarily a bad thing.

We rolled up at the Hotel Mühle, situated on the main road out of the village on the way to neighbouring Hochgurgl; it may be a little out of the way but has an excellent restaurant and with a shuttle service down to the village and a bus stop right outside it’s within easy access of the pistes. If even that’s to much of a struggle however, the Bergwelt and the Edelweiss in the village both come highly recommended and are mere seconds from the ski lifts; perfectly located for the end of the day when one barely has the energy to carry one’s skis back to the rental locker.

It’s an excellent location for novices. Having learnt the previous year on a very busy opening weekend in Val Thorens, it was a different experience altogether to have the vast sweeping slopes almost to myself, under the expert tutelage of Ed from the Skischule Obergurgl who I can’t recommend highly enough. Amazing as my previous ski tutors have been, having a fellow Brit was invaluable in terms of building essential trust and rapport as a newbie and soon enough I was flying down the blues solo. With one previous season under my belt I was very much still a novice, but with four pretty experienced skiers in our party they were undoubtedly thrilled with the plethora of slopes on offer, not just in Obergurgl but in neighbouring resort Hochgurgl, connected by gondola. There’s certainly enough to explore over the course of a weekend.

The alpine cuisine of course is not to be overlooked and perched on the ridge of the ‘Hohe Mut’ mountain with mesmerising views of the surrounding Ötztaler Alps, the Hohe Mut Alm is a postcard perfect cosy restaurant with a panoramic terrace and a menu that will see you having to roll down the mountain after lunch. With classics like schnitzel and gooey spätzle (cheesy noodles) this is hearty Tyrolean mountain gastronomy at its best. The other reason for our visit was to drop in on alpine artist Adam Attew, whose winter season last year saw him take up as artist in residence at the Hohe Mut Alm, creating one of him unbelievably realistic oil paintings from his live view from the restaurant’s window. Describing the eerie night he spent completely alone on site after the staff had departed and the lifts long stopped, I imagine it was more than worth it to wake up and catch the dawn alone at the top of such a magnificent location.

Attew’s work was exhibited last winter at the Gurgl Carat, a brand new masterpiece of architecture in the centre of the village to be used as an exhibition space and convert venue. Equipped with the latest technology and a 21 metre wide projector, here’s hoping it’s able to fulfil more of its intended use this winter, when the artist’s work will be back in situ from December, as well as exhibiting at Der Wolf in Lech.

It might not be the most pumping resort in the alps for the après, but there’s plenty else in the vicinity to keep yourself busy off the slopes. The nearby Top Mountain Motorcycle Museum, situated at the bottom of the Timmelsjoch High Alpine Road that crosses the mountain to Italy, is home to a mind-boggling collection of over 300 bikes from over 130 international manufacturers. Nearby Sölden boasts the stunning Das Central Hotel and Ice Q restaurant – familiar no doubt to James Bond enthusiasts – where you can even indulge in a Bonde-esque helicopter adventure. A few miles further afield you’ll find the Aqua Dome, a spectacular thermal spa hotel which really needs longer than a weekend to indulge in. Nevertheless, should your time in the region be extended or, God forbid, you find yourself bored by the slopes, there’s plenty to entertain.

Given the season ahead of us, resorts like Obergurgl may well come into their own; I certainly fell in love with its quaint Austrian charm and fantastic beginner slopes. Fingers crossed a full season lies ahead…

Private adult ski lessons with Skischule Obergurgl from €135 for 1.5 hours

We were kind hosted by Ötztal Tourism and Hotel Mühle. Rooms from €100 per night in low season/€128 in high season.