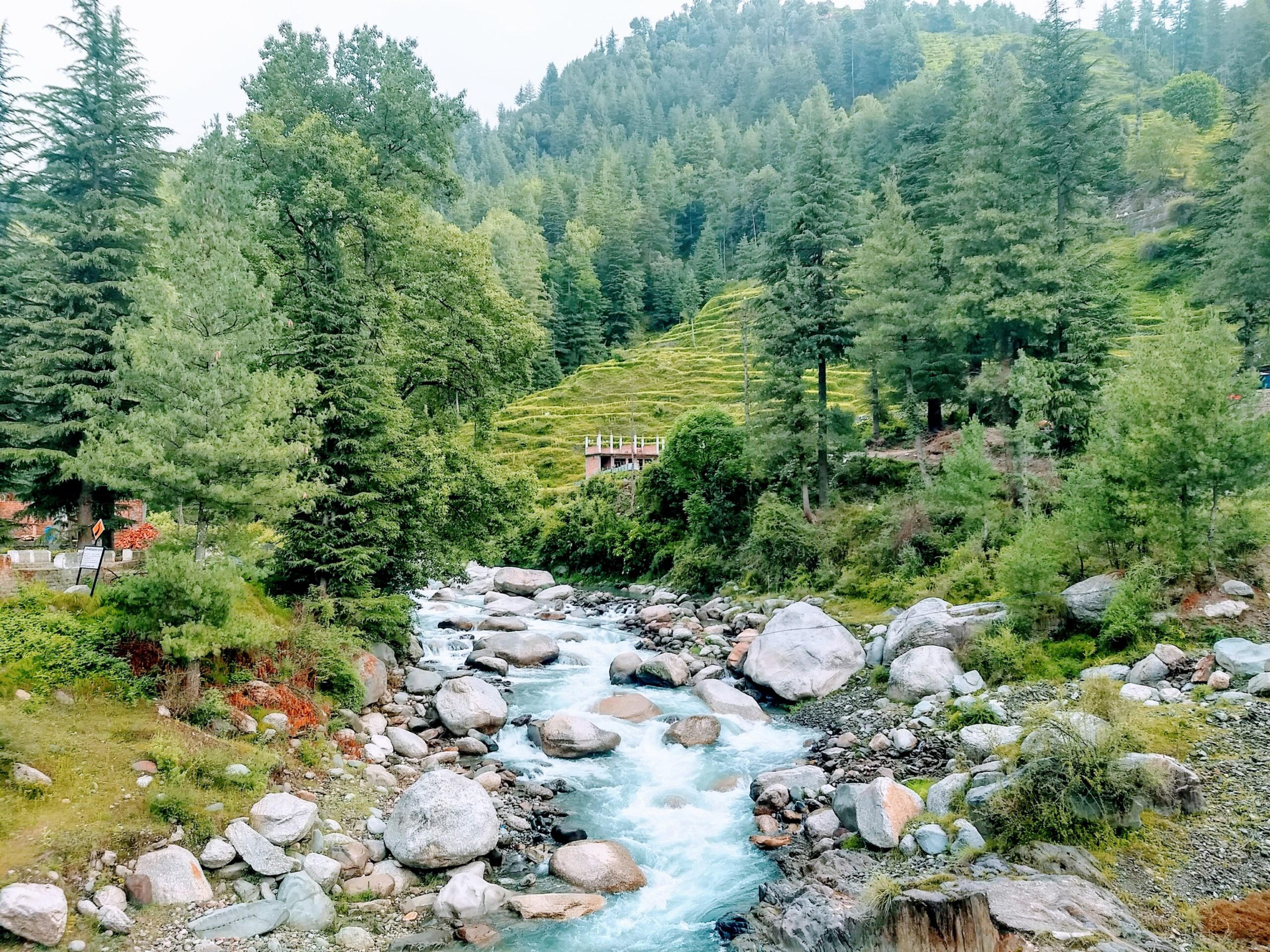 The month of January is the peak of the winter cold in the state of Himachal Pradesh, During the winter months, the land of Himachal transforms completely into a

The month of January is the peak of the winter cold in the state of Himachal Pradesh, During the winter months, the land of Himachal transforms completely into a mystical land. The natural beauty of the snow-laden mountains and rooftops of the local village houses has an aura of its own.

The winter months of December and January see fewer tourists compared to the summer season. Due to this, you can see less of the tourist crowd and give you more space to be yourself. Although there are plenty of places in Himachal Pradesh to visit, there are some places that are particularly special during the winter months.

For a tranquil little winter vacation with your loved ones, there are several places to visit in Himachal in January. From frozen lakes to winter sports activities, there are plenty of opportunities for you to have fun on your vacation. Snowfall is particularly a special experience for the tourists traveling from the North Indian cities. Tourists from Punjab, Delhi, and Haryana visit Himachal Pradesh to witness the snowfall.

The 5 top destinations to visit in the state of Himachal Pradesh during January winter are:

Spiti is so much more than just a secluded cold desert situated at a height of around 3,800 meters. It is more of a spiritual destination for backpacker travelers and motorcyclists. The raw and rugged beauty of the Spiti valley is something indescribable.

Among the Himachal packages that the travel agents offer to the tourists, Spiti valley is clearly among the top 5 destinations. Spiti valley has many attractions that are suited for all types of tourists with different preferences. These attractions include Buddhist monasteries, mountain biking, trekking, and whitewater rafting.

During the cold of January, the destinations such as Tabo, Nako, Kibber village, Kaza, and Dhankar look different compared to the summer season. In recent years, Spiti has been attracting an increasing number of tourists from all over the world. Spiti valley stands in stark contrast compared to the concrete jungle of the modern cities of India.

Tourists traveling from the cities find Spiti valley to be a land of some other world. During the winter, Spiti valley is famous for its snow rains. You can find Tibetan Buddhist houses that look very similar to the houses in Tibet. Did you know that Spiti is also known as Little Tibet?

You can find plenty of homestay options for your accommodation and during the winter season. One thing to note is that the only way to reach Spiti Valle in the winter is by traveling by road. This route starts from Shimla through the National Highway No.22 through Kinnaur.

One gem of an attraction is the Chandratal Lake in January. The beauty of this lake is indescribable during the winter mornings. The other lake is the Suraj Tal lake which is perfect for your Instagram.

Arguably the valleys of Manali are some of the best places to visit in Himachal in January. The destination of Kullu is equally more important for the Indian tourists because of the Hindu temples that are significant during certain months of the year.

Manali is always mentioned in the list of the most popular Himachal honeymoon packages. Among the newly-married couples from North India, Manali is the perfect destination for their vacation.

The charm of Manali is a story on its own during the winter season. Especially in January, witnessing snowfall at the Rohtang Pass is a wonderful experience. In winter, there are winter sports such as snowmobile riding and skiing are very popular among people.

Manali is situated at a height of around 6000 feet, the temperatures can easily drop below 0 degrees Celcius and it is recommended to be prepared well before you travel. The sight-seeing of Manali mostly includes visits to the popular temple such as Hadimba Devi Temple etc.

Trekking during the winters is not for everyone however, it is one of the most sought-after experiences for regular trekkers and backpackers. You can find Paragliding and rafting as well to satiate your thirst for adventure. Manali is a great destination for picturesque views of the mountains surrounded by deodar forests. For the photographers, January is a wonderful time to be in Manali.

Shimla is lovingly called the ‘Queen of Hills’ because it is majestic because of its location as well as due to the colonial-era architecture. This beautiful hill station is also among the top Himachal honeymoon packages. It is a favorite holiday destination for Indian domestic tourists.

The major attractions of Shimla include The Mall, Gaiety Theatre, and Viceregal Lodge to name a few. Shimla is perfect for trekking and winter sports activities during the winter season. After the snowfall, Shimla transforms into a magical fantasy land from the storybooks. The look of the buildings along with the long stretch of the snow-covered road with people walking has a very charming appeal to Shimla.

The scenic views during the winter is an amazing sight to behold. Shimla is situated at a height of around 2200 meters and provides a panoramic view of the Himalayan range. Shimla was used as a Summer vacation destination by the British Officers during their rule in India. That is the reason the city is embedded in colonial history.

If you wish to see Himachal in January, your most convenient option can be Shimla. This city is conveniently connected by road, train, and air. Also, for budget travelers, Shimla is an ideal vacation destination. For witnessing the snowfall, the most famous spot near Shimla is Kufri which always attracts tourists from North India.

Among many other places ideal to visit in Himachalin January, Kasol is lesser-known to the domestic Indian tourists. However, it has gained significant popularity among International travelers. It is also somehow known as the ‘Israel of India’.

Kasol is pretty much a laid-back town where people come to relax and also because of the hippie culture that is prevalent among the international tourists. Kasol has some of the most amazing scenic views in Himachal Pradesh. Among the trekker’s community, Kasol has many interesting treks through lush green valleys.

Another popular feature of Kasol is the presence of ‘Hot Springs’ where you can take a dip even during the cold winter months. The hot water in these springs at some places is also used to cook food. The Manikaran Temple is a Sikh temple where the communal food is cooked by submerging the cooking pot in hot boiling water of the spring.

Kasol is one of the best places to visit in Himachal in January because the lush green valleys change dramatically into snow-laden treks leading to Malana and the famous Parvati valley. If your stay in Kasol extends to February, then there is a famous dance called Harlala which is ‘Masked Dance’ by the locals.

As for the adventure enthusiasts, camping, trekking options are available to satisfy you. Trekking to Rasol Pass and Chanderkhani Pass are among the most popular trekking routes along with many beautiful camping sites. Although trekking through these routes is quite challenging during winters, many travelers do these treks in extreme conditions as well.

Buzzing with youthful energy, Dharamshala is located in the lap of the beautiful Kangra Valley. It is surrounded by the majestic Dhauladhar mountain range. Dharamshala has gained a lot of popularity among foreign tourists because of the presence of The Dalai Lama, who is the spiritual leader of the exiled leader of Tibet in India.

The local places to visit in and around Dharamshala are the following:

During the winter months of December and January, the tourists visiting Dharamshala are very low. The snow-covered mountains of the Dhauladhars look magical during the winters.

To witness the snowfall, tourists from north India visit Dharamshala. Especially the Naddi Lake is the site to truly enjoy the view of the snowfall with the background of the forest.

Dharamshala is one of the best places to visitin the Himachal in January because of the various tourist activities and attractions. Trekking to Triund top is one of the best adventure trips you can have. Shopping in the famous town of Mcleodganj and enjoying Tibetan, Indian and Intercontinental cuisines can make your day worthwhile.

Camping, Trekking, and Sightseeing are some of the top experiences to have while in Dharamshala. It is quite interesting to find people from the major cities who have settled in the Dharamshala after quitting their stressful lives in cities like Delhi and Chandigarh.

If you are planning to travel to any of the above-mentioned destinations, it is recommended that you check the weather and road conditions before starting. The temperatures sometimes can fall below the freezing point at night. Also, many adventure sports can become risky if proper preparation is not done. Trekking to certain places is possible but can become a little difficult for beginners.

Other than that, January can bring a new personality to the natural beauty of Himachal Pradesh. Do not miss the opportunity to enjoy witnessing the snowfall at the key destinations. The experiences of the mountains during the Winter season can become beautiful stories to remember.

Rahul Arora likes to explore by interacting with people and learning about their culture and traditions. Travel freak and a die-hard foodie are the synonyms that define him the best. He loves to explore new terrains in a different corner of the world. He believes in the idea of ‘Live and let live’.