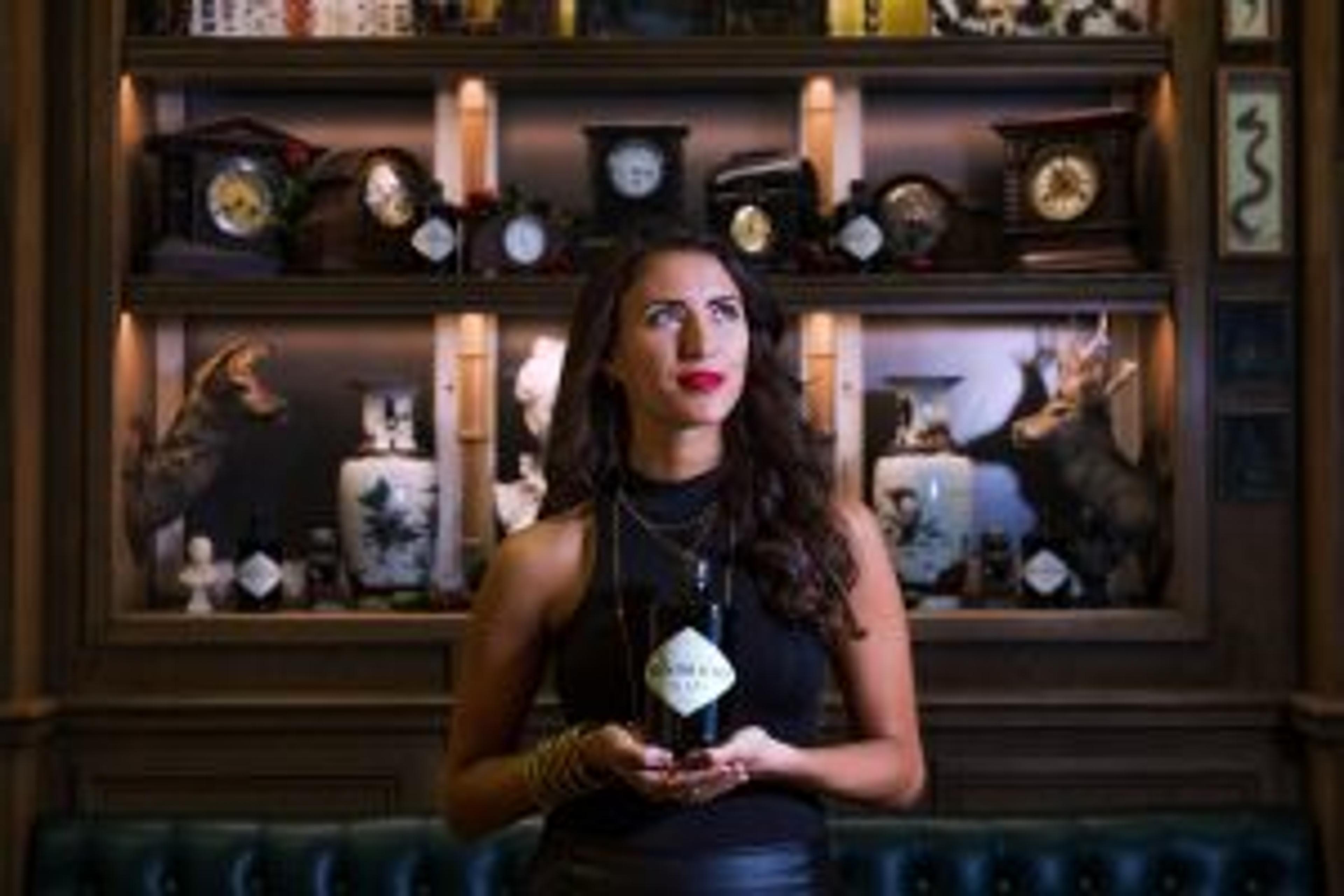 “Powerful. Badass. Natural” are the three words that Annie Pautsch uses about being a pioneering woman in the often perceived male-dominated beer industry.

“Powerful. Badass. Natural” are the three words that Annie Pautsch uses about being a pioneering woman in the often perceived male-dominated beer industry. The words send a shiver down your spine, not unlike the warming sensation of the first sip of that hard earned pint, promising an exciting, freeing evening ahead.

She explains that the brewing community around her business Brew Cruz largely exists because of strong women – “it just so happens that men like brewing as well.” From the wheel of ‘Betty Jane’, her lovingly restored eighties school bus, she showcases the beauty of her hometown Santa Cruz, spinning tales of small business glories through four local breweries.

From the sunny shores of California, through the rum connoisseurs of Jamaica to the newly appointed Kelsey McKechnie, a 25 year old apprentice malt master at The Balvenie. – the answer to that eternal question – who run the world? – is definitely girls.

As one of the most interesting industries out there, the drinks business is ever evolving; shaking up stereotypes as well as some mighty fine drinks. If you’ve ever thought about moving into this industry, starting up your own tipple side hustle or just want to know where and what to drink, grab a glass and read on.

Sasha serves as Hendrick’s events executor : she cultivates the unusual wherever she goes. The original plan was to become a journalist but the US economy had other plans….

HOC: Hey Sasha, when you started out in your career, where did you want it to go?

I was very adamant from a very young age that I was going to be a journalist and there was no other path for me. Growing up in a household as a first-generation American, my parents saw my dedication and motivation and supported me wholly in my single-minded focus.

I began to learn how to be more flexible with my career goals – and because of that, I managed to grow, learn and develop in ways that I hadn’t anticipated and am now so immensely grateful for.

At age 15, I thought that at age 30 I would be running my own print magazine in New York City. Instead I’m running around the UK (and sometimes the world), creating, tasting, teaching, learning, sharing, and just generally experiencing the unusual every single day. And I couldn’t be any happier if I tried.

HOC: What’s it like, being a woman in what we imagine is a male dominated industry?

I have found it is so crucial to seek out other intelligent, determined and powerful women in this industry to learn from them, glean incredibly insightful advice, and to always act as each other’s cheerleaders.

We are truly powerful when our voices and efforts are combined – so I cannot stress enough just how vital so many women from this industry have been to my personal journey and I am forever grateful to them. Further, I always hope I can pass on some of those same lessons and be a voice of encouragement to other women looking to pursue their career in this industry.

HOC: You are a woman after our own hearts and love to travel. Where’s the best spot for a few sundowners and snacks?

Here’s one of my most recent favourites and it’s a showstopper… Franco’s in Pyrgos, Santorini: this is not the classic Oia Caldera sunset spot… but has something so special, it feels unmissable. It’s located in a little mountain town that is slightly off the beaten track, and to enter the bar you need to wind your way up through the narrow alleys, through (what feels like) a nonna’s kitchen and head up to the stairs for a view that is nothing short of breathtaking. I had read this is the place for an “operatic sunset” and that is spot on: the emotionally manipulative opera music plays beautifully as you watch the sun go down whilst sipping on a simply and perfectly made Negroni.

Annie relishes wearing many hats in her Santa Cruz small business: if she’s done her best and can pop a cold one at the end of a long day over a sunset – this boss lady has nailed it.

HOC: What is it about craft breweries that you can’t get enough of?

The brewers and their unconventional curiosity and creativity. The smell, sound, attention to detail and taste. The environment, ambiance, and vibe. 7 days a week doors are open to everyone without exclusivity, offering a warm, comfortable place to imbibe, converse, relax, connect, and draw inspiration. The history of breweries- their individual stories and legacies.

HOC: What’s next for your business?

My goals for the business have always been in stages, so that I allow myself flexibility when things inevitably go off-course and you have to readjust. Initially I was thrilled just to have passengers on the bus! Now one of the aspects I’m most proud of in my career are the relationships I’ve carefully built and maintained, and the integrity and sincerity with which I’ve run my business. I never set out to expand too quickly, and have definitely made trajectory moves that feel natural and right for maintaining what Brew Cruz ultimately is- a local business.

HOC: Where is your favourite spot in the world for a few beers?

I have so many favourite breweries, so it ultimately comes down to sharing some of my favourite beers with the most cherished people in my life – family and close friends. Those are the golden moments, and most of them have taken place around a worn kitchen table, in a garage, or on a patio until the late hours of the night.

EmmaLi claims she has the coolest job in the world and loves what she does. She’s right when she says not many people can say that…

HOC: Hey EmmaLi, what the heck is a Brand Ambassador?

When I had the opportunity to combine my love of rum and my love of Sailor Jerry tattoos [as a Brand Ambassador], obviously I went for it. I didn’t really have much of a clue as to what a Brand Ambassador was, or what I was getting myself into at the time. So, I guess I had no real expectations of where it might go, which is maybe why I’m so grateful for where I’ve managed to get to so far.

I get to travel all around the UK, and sometimes beyond, talking to interesting people about Norman Sailor Jerry Collins, tattoos and rum. I mainly focus on education, trade, events and brand partnership. Every day is different.

HOC: Your job must take you on the road a lot ; where’s your favourite place for a rum cocktail in the UK?

That’s a tough one! I love a good dive bar, where you can get an ice cold beer and a Sailor Jerry daiquiri, with decent tunes on the juke box. Bunny Jackson’s Juke Joint in Manchester is one of the best, so is Slim Jim’s Liquor Store in Islington, London. But if you want something Tiki you cant go wrong in Smugglers Cove in Liverpool, tasty as hell!

HOC: Can you tell us about a recent ‘Girl Boss Moment’?

This is trivial but for years I always wished I could open a beer without a bottle opener. Like when someone uses a lighter or a jigger or a spoon or really any flat solid object. I was super jealous when other people could do it.

Someone finally showed me how to do it, and now every single time I open a beer I feel like a boss. Especially when it surprises a guy. Especially if that guy had just offered to open my beer for me!