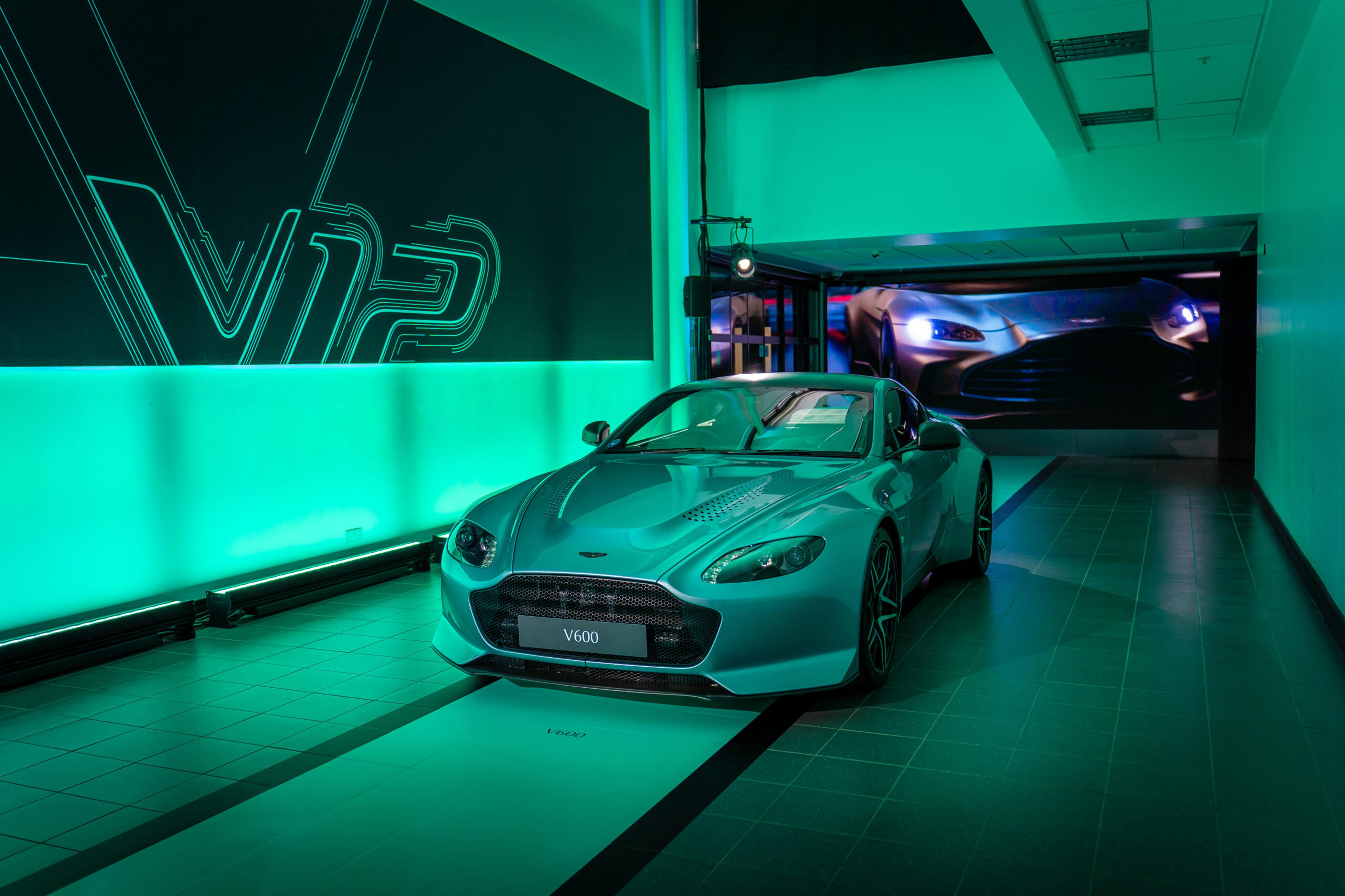 Aston Martin : A Spectacular Finale for an Iconic Bloodline

I remember when I was a kid watching Willy Wonka and the Chocolate Factory and wishing I could be one of those kids that received the golden ticket.

I remember when I was a kid watching Willy Wonka and the Chocolate Factory and wishing I could be one of those kids that received the golden ticket. It’s a feeling that I have never experienced again, that was until last week.

Arriving at the Aston Martin global HQ in Gaydon, I was invited for a very special evening presenting the V12 Vantage in all of its glory for the very first time. Whilst the interest in the new model was oversubscribed, only 333 lucky people were granted their wish to have one. 333 people that were given way more than a golden ticket!

For fifteen years the V12 Vantage has boldly represented Aston Martin’s passion for performance. Fast and fierce in equal measure, successive iterations of these great cars have formed an iconic bloodline. One built around the premise of fitting the most compact and driver-focussed model with the largest and most potent series production engine. With this unique lineage nearing its end, it was such an honour to be amongst the first people to see it in all of its glory.

It’s their fastest, fiercest and most dynamically accomplished of them all; the new V12 Vantage.

It was a true celebration of Aston Martin’s outstanding history of producing two seater V12 sports cars and it marked the end of an era. The seamless event was a privileged opportunity for us to also enjoy dinner right in the heart of Aston Martin’s sportscar assembly line; the birthplace of V12 Vantage.

We were joined by Marek Reichman (Chief Creative Officer) and Julian Nunn (Chief Designer) who delivered the welcome and revealed the car and their passion for the brand was undeniable. But then again, it would be impossible not get to get excited about such an iconic creation like the V12 Vantage.

Throughout the night it was great to speak to some of the lucky new owners, all beaming from ear to ear which made something really clear to me, Aston Martin might build cars, but they sell dreams. That is the magic of this brand.