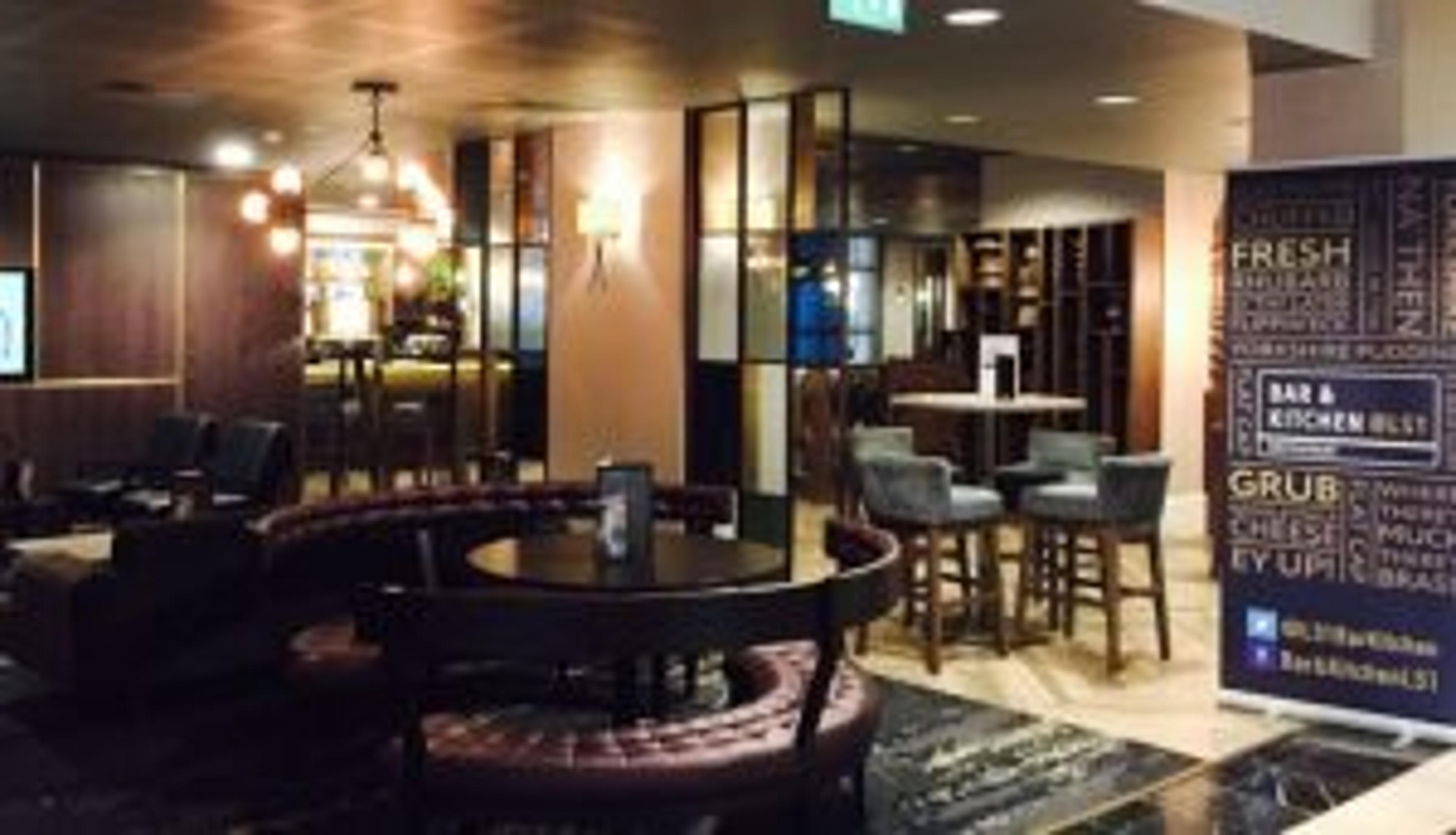 What a beautiful contemporary restaurant Bar & Kitchen @LS1 is, nestled amidst Wellington Street’s business district in the heart of Leeds. Bar &

What a beautiful contemporary restaurant Bar & Kitchen @LS1 is, nestled amidst Wellington Street’s business district in the heart of Leeds.

Bar & Kitchen @LS1 can be found inside the Crowne Plaza Hotel on the ground floor, it has ample parking onsite, and both the bar and restaurant are large enough to spend the entire evening without feeling the need to move elsewhere.

When I arrived from #TeamCoco I was instantly blown away by how beautiful the bar itself was, bustling with drinkers and hotel guests, the atmosphere was already on a high, plus the football was being show on the big screen, so their was an air of excitement as England has just won their match the previous night.

I was greeted by one of the front of house restaurant and hotel management team and my guest and I were shown to our table. We were seated on the banquet seating to the rear of the restaurant, with good views of all other tables, the booths, and the bar area. The décor was sultry and dark, perfect for an early evening meal.

The menus were left on the table for us to mull over and we chose the rather unusual Yorkshire’s Best Dinkie Pork Pie with Mushy Peas and Pickled Onions to start along with the Glazed Yellison Goats Cheese Croute with Roasted Beetroot.

Our drinks arrived, and then our starters followed shortly after. We were both fascinated by how fabulously Yorkshire the pork pie was, and it didn’t taste bad at all, the delish pork and jelly pie filling was encased by melt-in-the-mouth pastry – an absolute winner. The goats cheese was seriously rich and complimented beautifully by the beetroot (which, by the way Victoria Beckham doesn’t eat in case the beetroot stains her clothes), and we flipping loved it.

The choice of main courses was excellent, we were initially hard-pressed to choose between the normal menu or the weekly specials, both had some great options, and all had a Yorkshire regional element of produce – which as we all know is the making of a fab restaurant these days.

We opted for the Cod Loin on Smoked Salmon & Pea Risotto with a side of Green Vegetables, and the 7oz Hand Pressed British Burger with Onion Rings, Whiskey Jam, and Skinny Fries. OMG to the size of the burger, it was mega – even at 7oz it was huge, and the risotto was deliciously creamy and full of flavour, and best of all the cod was cooked perfectly.

After a short rest, and a quick nip to see how the footy was getting on, it was dessert time, and even though our tummies were full, it would have been rude to not experience the Homemade Lemon Tart, and from the specials menu the rather lovely Mille Feuille. The tart was the right side of tarty, with thin pastry and a zesty lemon filling, and the mille feuille was a pastry fans dream, in fact it was heavenly – loads of layers of pastry which were light and moreish. A great way to end dinner.

If you are in Leeds and fancy a change to the norm, then head over to @LS1 you won’t be disappointed. Thanks must go to the team at @LS1 and Head Chef Lee Miller for looking after #TeamCoco.

Search for Bar & Kitchen @LS1 on socials for more info, or book directly through the Crowne Plaza Hotel Leeds.