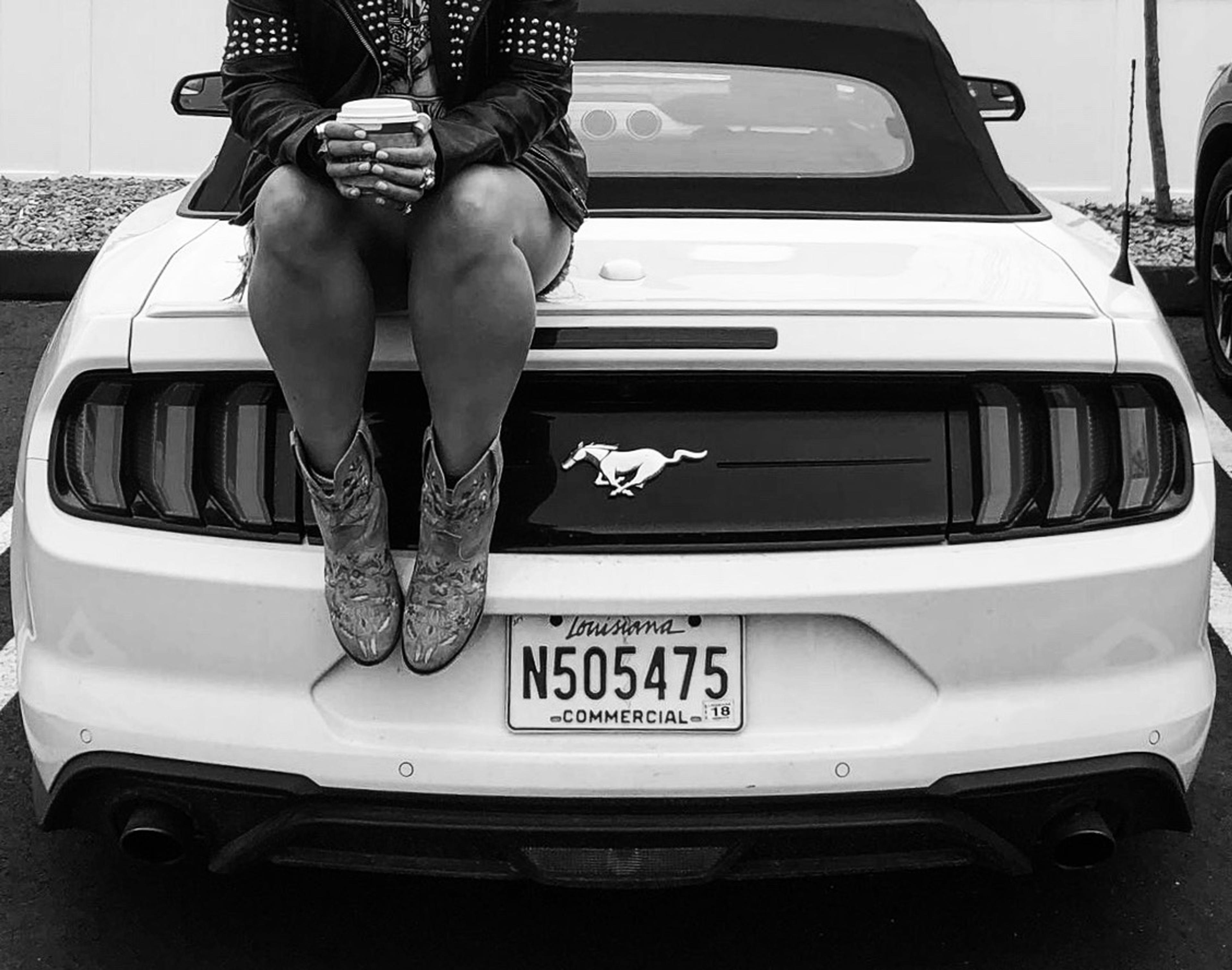 Hannah Gregory is an inspirational woman. You might have seen her on MasterChef earlier this year (no spoilers here if you haven't managed to catch up). Her love of travel and world cuisine has always permeated her cooking and she recently founded WanderSups, a fantastical adventure inspired private chef supperclub. Says Hannah, "all WanderSups events – no matter how big or small, follow one mantra - PREP | COOK | SUPS | PLAY."

Hannah and I bonded over instagram swapping top tips for recreating the US half-and-half after meeting in our TeamCocoGang group. The ubiquitous diner staple had been on my mind since March and yet I was resisting the urge to slug single cream into my filter coffee. I would like to officially thank Hannah for her assistance in getting me to cross that hurdle.

Hannah Gregory is an inspirational woman. You might have seen her on MasterChef earlier this year (no spoilers here if you haven’t managed to catch up). Her love of travel and world cuisine has always permeated her cooking and she recently founded WanderSups, a fantastical adventure inspired private chef supperclub. Says Hannah, “all WanderSups events – no matter how big or small, follow one mantra – PREP | COOK | SUPS | PLAY.”

HOC: Well, hello, Hannah! Your insta bio tells us that your food is ‘inspired by journeys around the world’. Can you remember the first dish you obsessed over recreating?

Hannah: So, funny story as it happens. One of the first dishes I had travelling that I became obsessed with was Shrimp Bobo which is a Brazilian dish. A friend and I were backpacking in South America and we ended up on Ilha Grande, a small, beautiful island just off of Rio and after weeks of rice, beans and churrasco we were really craving something a little different. We found this super cute café on one of the side streets and explained to the maître d’ that we wanted something authentic, but not rice and beans (although holy macaroni, what I would give for a plate of authentic Brazilian rice & beans right now). We were served the most incredible Shrimp Bobo in huge coconut shells – it’s a really creamy stew made from manioc roots (more commonly known as cassava) and full of fresh, sweet shrimp and I was instantly addicted.

When I got home I had a small dinner party in my VERY small flat in South London and decided this was the dish I would make. I searched high and low for the illusive manioc root – at the time – we’re going back a bit – I hadn’t made the connection between manioc and cassava and spent a good week looking all over London for it. Finally I learnt that they were indeed the same thing, and hopped to the greengrocers ACROSS the road from my flat to grab one.

A key part of the dish is to boil the root and then pick out the stringy fibres – I totally missed this part. First problem. You then blend the cassava with coconut milk to create a smooth sauce – of course my blender blew up mid blitz. Second problem. Finally, my guests arrived, and I dished up my lumpy, stringy stew. After the first spoonful I froze. I’m not sure if it was because it was lumpy or if it actually was under-cooked, but I had read that if cassava is not cooked properly it is toxic as it contains cyanide. Worried that I was poisoning my guests, and with a dramatic “Stop, I think I’m about to kill you!” I dashed their plates away, knocking over everyone’s glass in the process. I ended up sending my brother to the Turkish restaurant across the road to pick up kebabs for everyone.

HOC: How far you’ve come! Does any dish still evade your recreation?

Hannah: Bingas bloody Wingas! A friend and I were on a road trip in the U.S. and were just north of Portland. The original plan was to drive back to Portland and have a boujee night with cocktails and jazz bars (I was clearly in Portland Maine not Oregon) but we were so tired from a long drive that we thought we would just look on Google Maps, see where the closest eatery was and go there. The trusty knife and fork symbol informed us that there was somewhere a three minute drive away. This seemed odd as we were on the side of a highway in the middle of nowhere but we figured, why not?

We arrived – a stand alone purple building in the middle of nowhere stood before us, illuminated in purple neon with a giant dog guzzling chicken wings on the front of the building.

We were greeted by our server for the night, Doreen. Doreen was an absolute peach. She handed us a menu that wasn’t so much a menu but a long list of every sauce you could think of to douse your wings in. The concept was simple: decide how many wings you want, decide if you want them smoked or fried, decide what sauce. My eyes were instantly drawn to Buffalo Bacon Nacho – three glorious things, all in one sauce. Had to be a winner right? Doreen explained that it was the most decadent, unctuous wing sauce she had ever come across (and Doreen ate a lot of wings). Nacho cheese, crispy bacon mixed through, spiked with house buffalo sauce. Sounds simple right? Let me tell you, I have been trying to recreate this dish for 2 years, probably once a week we eat wings and I have come close to it, but no cigar. There has been more than one occasion – ok, there have been lots of occasions – when BA does a flash sale and I check to see if Boston or Portland are on the list just to fly and get these wings – I haven’t caved… yet. Maybe one day I will unleash my inner Kardashian and fly across the world for a meal.

And yes, I did ask Doreen for the recipe, I have also emailed them countless times begging for it. They are not giving that s**t up for no-one!

HOC: Such dedication! Do you choose locations to travel based on the food you want to try or do you stumble across amazing food, while travelling?

Hannah: I think a bit of both but definitely leaning towards the former although I was doing it subconsciously until a friend pointed it out to me. I just thought everyone planned their trips around food. It is so alien to me that food isn’t at the forefront of everyone’s mind because it is all I think about.

It first became apparent when a friend and I went to the States – we went on a Dawson’s Creek / Bruce Springsteen pilgrimage but I had an ulterior motive. We were flying into Boston and I had always wanted to go to Maine and New England to eat lobster from roadside shacks and experience real clam chowder so I managed to weave that into the trip, then I thought as we were going to Wilmington NC, it would be rude not to head a little further south and experience some real southern soul food.

I never over-plan my trips, I usually just book a place to stay the first night and then see what happens. It was only after a few days in when my friend pointed out that I was planning our days and our route solely around restaurants and diners. I just thought she was being pinickity but then a few months later another friend and I went to central America with no other plan than we wanted to hit Mexico, Belize & Guatemala – the same thing happened again. Before I knew it I was hunting out cooking lessons, street food festivals, restaurants and then our route evolved from that. That’s when I realised that my love for food and travel was so intertwined and WanderSups was born.

When it comes to tracking down where to eat – I’m not entirely sure how I do it. There is certainly no formula but I am like a bloodhound on a scent when it comes to finding good, authentic, local cuisine. One of my first jobs out of university was working for a lifestyle concierge company and putting together itineraries for clients of things they should see and do when travelling – maybe it stems from that.

If I am in the UK I will always consult the Waitrose Good Food Guide – I trust them implicitly. If I am further afield and I have time to do the research then I will check out blogs and ask IG for recommendations – I always think word of mouth is the best way to go. I never engage with things like Trip Advisor because I think it just brings out the worst in people.

If I am in a city or a built up area I always look up – some of the best places are on roofs so look for the tell tale signs of festoon and canopies – some of the most memorable meals I have had are from chasing the sounds of laughing friends and clinking glasses happening high up above me, especially in places like Marrakech and Tulum. And my number one rule: always eat where the locals eat. Although that did backfire for me once when I ended up eating goat intestines in rural Africa. We live and learn.

HOC: Wow, that one will stay with you for a while I’d imagine! What travel memory do you return to when you need a pick-me-up?

Hannah : This is a bit Pinterest / vom-inducing but on my office wall I have post-it notes on which I have written things that have made me happy and content, so that whenever I feel a bit low or am struggling to remember life pre-covid, I have an instant pick me up close to hand.

The majority of them are travel based and the general theme is road tripping. It is my absolute favourite thing to do in the world. I think it is the sense of freedom and independence that it gives, knowing you can go anywhere, in your own time, listen to great music, eat great car snacks and drop in at roadside diners and restaurants. My two favourite trips of all time were driving from Maine to North Carolina and driving across Malawi. If I need a pick me up I always put on the playlist that I was listening to and it brings it all flooding back.

HOC: Sounds ideal! Where’s next for you when travel is more achievable?

Hannah: Um the whole world… I am not coping very well with this feeling of being trapped on an island so am desperate to just see everything I possibly can as soon as I can. But currently sitting top of the list :

Malawi – I have spent a lot of time here but my boyfriend has never been and I am desperate to take him and hope he falls in love with it the same way I have.

Amalfi coast road trip – we are both desperate to do this, hire an Italian sports car and live the insta life.

Deep South states – I need to do another research trip and the deep southern states are calling my name. I am thinking of taking a month and pootling around Louisiana, Mississippi, Texas…

For more from Hannah Gregory, check out her travel-inspired food tips over here – including how to craft the perfect hotel club sandwich dupe! Hannah will also be appearing in our next print volume STAYCATION, out in early January.

Check out WanderSups to create your own travel inspired dining experience.