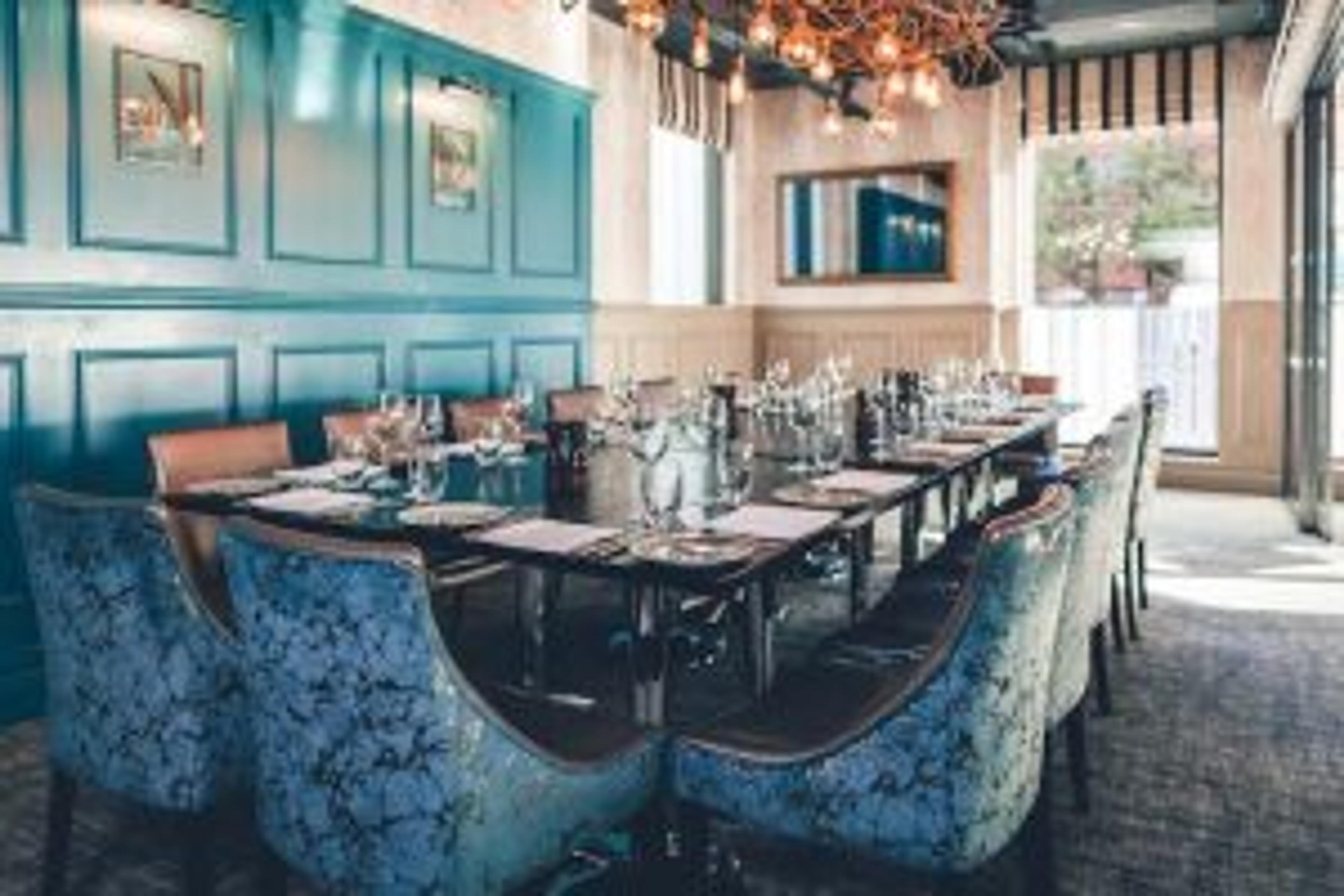 #CocoLeeds: Hey Arnold’s! Leeds favourite has a new identity in the Arena Quarter

Leeds is absolutely spoilt per capita when it comes to restaurants, especially those who profess to be fine dining.

Leeds is absolutely spoilt per capita when it comes to restaurants, especially those who profess to be fine dining. However, our girl Jenna always manages to find a new gem with old roots in this constantly evolving city. Therefore, when we heard that Leeds stalwart Brasserie 44 was closing it’s doors to begin a brand new concept in the shiny Arena Quarter, we just had to see what she thought…

“Ok, i’ll admit it, I usually hate restaurants that are associated with hotel brands. The only one i’ve ever found with any sparkle was Berner’s Tavern at the London Edition, but luckily for Arnold’s, it outshines it’s corporate connections. Positioned under the Ibis Styles, Arnold’s comes from famed local restauranteurs Steve and Carol Ridealgh, the husband and wife team who spent over 20 years running Brasserie 44 on The Calls. They’ve put together a small menu of refined British cuisine that you can enjoy in a luxurious venue in the Merrion Centre unit which was formerly occupied by the failed Marco’s Italian.

Named after Leeds’ legendary entrepreneur and philanthropist Arnold Ziff, Arnold’s sits comfortably within the regenerated Arena Quarter. When you arrive at Arnold’s, its shiny exterior wouldn’t go amiss in the West End but it feels much more welcoming than its London-styled predecessor. Maybe it’s down to the fact that most of the staff are related or have worked together for many years, as you almost feel like you’re walking into somebody’s very plush and very nicely designed living room.

Sitting at the bar, I instantly felt relaxed. Sipping on a glass of Ayala Champagne (throwback to the old Epernay days) we joked with the bartenders and eyed up the food coming out of the open kitchen. It all felt really chilled out and totally unpretentious. For a rainy midweek night, it was almost comforting to be in such a friendly environment sipping on some fizz awaiting some awesome food.

Unlike other fine dining restaurants in the city, Arnold’s menu is really petite and full of classic Yorkshire flavours. To start, there’s a selection of well known dishes with a high-end twist. From Pear & Walnut Salad to Chicken Liver Parfait, its beautifully simple. As we knew the portions would be relatively generous, we decided to share a starter and pudding – but go all in with the mains. With deep fried Brie as an option, my heart overruled my waistline and said yes. Yes, it’s not Michelin starred cooking, and yes it doesn’t break the mould, but damn it was delicious.

As Arnold’s prides itself on fresh, Yorkshire produce, I just had to go for the Holme Farmed Venison Haunch with red cabbage, blackberries and red wine. With a large glass of their Chilean Pinot Noir, and a side of Dauphinoise it was the perfect way to warm up.

However, it’s not all meat and two veg. If you’d rather go meat-free, they do a fantastic Vegetable and Goat’s Cheese Envelope, with roast butternut squash, spinach, rocket leaves, pine nuts and tomato sauce, which almost took my dinner guests fancy. However, the Chicken Breast, parmesan & herb crumb, wild mushrooms, orzo pasta & tarragon cream sauce trumped it and was really enjoyed – even if the orzo pasta got a little lost amongst the big flavours. With shining examples of orzo in other menus such as Matt Healy x The Foundry’s Pigs Cheeks with creamy orzo pasta and The Ivy’s Truffled orzo pasta, it was a little bit of a waste of such an in-vogue ingredient.

The service is almost how you’d expect from a family run restaurant, very friendly but a little disjointed. It did add to the charm at times, but having to ask where your mains were after a long wait and sit with an empty glass for 30 minutes is quite far away from a fine dining experience. However, their enthusiasm and sheer passion for their craft is so lovely to see, and something that doesn’t always exude from staff. This really is a concept born out of a family’s love for the industry as Steve is the General Manager, Carol is the Head Chef, and their son Dave is the Restaurant Manager. Dave is one of the most hospitable people you will ever meet and Steve has so much pride in what he does – which doesn’t surprise me considering the hearty and satisfying dishes that Carol cranks out of the kitchen.

Dessert saw us go back to our student routes with a good old fashioned Chocolate Fondue with fresh fruit and Marshmallows. Again, 100% not haute cuisine, but I ate the rest with a spoon. Huge sugar-coma followed, but it was SO worth it.

I do think that calling Arnold’s fine dining is a little bit brave, but I admire how much these guys know their audience. We’re not in London, and sometimes before going to see an act at the arena, people want a relatively special plate of food in a gorgeous environment. Arnold’s delivers just that. With classically warm service, a hugely welcoming atmosphere and simple food cooked in a brilliant way (that also doesn’t break the bank) I think Arnold’s are more than deserving of their name in lights. Nice to see an independent business come out of the shadows of The Calls and into the main city, I’m excited to see what’s next!”