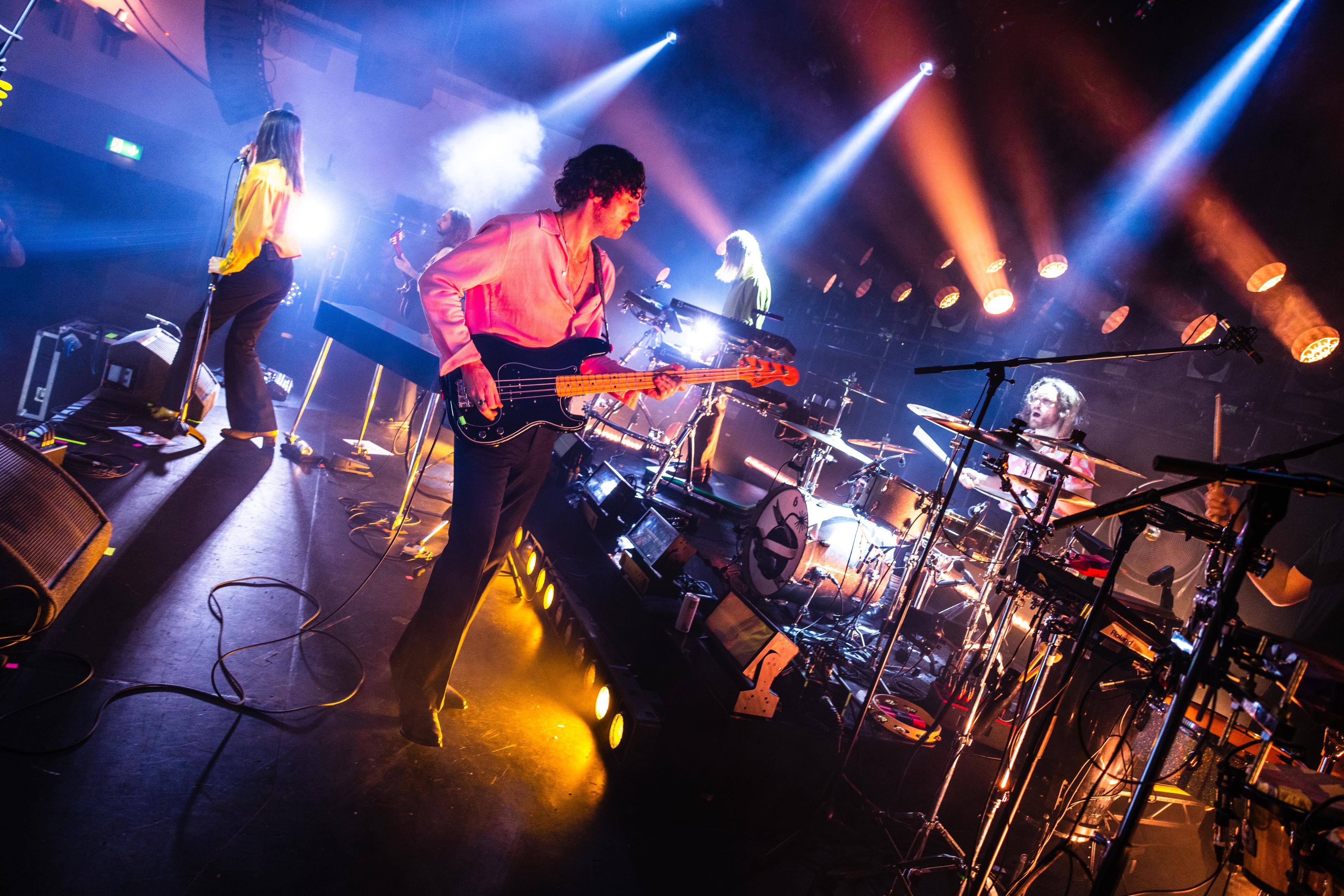 This was a commanding, dynamic and uplifting set from the band who are without a doubt one of the best bands in the UK right now.

They released their fourth studio album 'Ribbon Around The Bomb', earlier this year to critical acclaim. Sonically, this collection of songs had flashes of the old Blossoms style, but this was a more mature sound with more heartfelt and introspective lyrics than ever before.

Their autumn tour was the perfect way to showcase both their new material as well as some carefully-selected songs from previous albums along with a couple of surprises. We'll come back to that!

The Stockport quintet kicked things off with two tracks from their eponymous album from 2016 'At Most A Kiss' and 'Honey Sweet' which was swiftly followed up with a rousing rendition of 'Oh No (I Think I’m In Love)' which effortlessly showcased Tom Ogden's superb delivery as well as Joe Donovan's impressive drumming.

It was also great to hear tracks from their fantastic second album 'Cool Like You' such as 'How Long Will This Last?' and 'I Can't Stand It' which really got the crowd going.

Frontman Tom Ogden gave fans a tantilising insight into the story behind the song 'Ode to NYC. With inspiring lyrics like 'Times Square's a kaleidoscope of colour…./Oh, what a place', which is clearly a love letter to the iconic city.

Tom explained how the band had written the track in hope of being used in a TV show for Netflix but it never transpired. Come on Netflix, let's make this happen!

'The Sulking Poet' which touches on Ogden's feelings of imposter syndrome along with 'If You Think This Is Real Life' and the superb 'My Swimming Brain' were all absolutely fantastic and showed both their musicality and storytelling as well as what a tight unit the band truly are.

Can you segue from 'My Favourite Room' to epic renditions of 'Half The World Away' whilst bringing the outro of Wham's 'Last Christmas' into the mix? When it comes to Blossoms, the answer is an unequivocal yes!

Whilst there weren't really any deep cuts, there were some real fan favourites in the mix which included the intoxicating 'Your Girlfriend' and the synth-laden hypnotic 'Charlemagne'.

This was a commanding, dynamic and uplifting set from the band who are without a doubt one of the best bands in the UK right now.