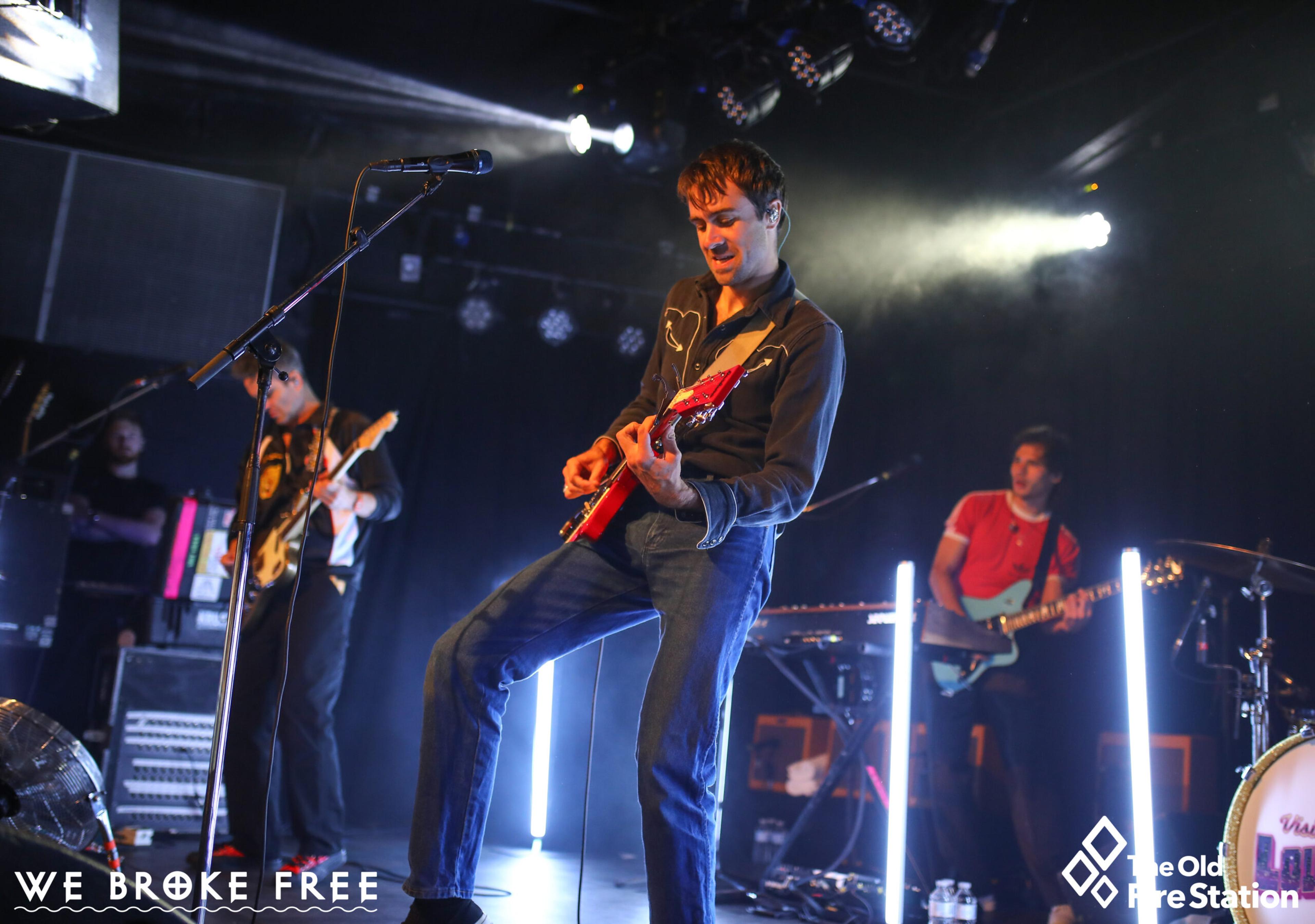 CocoLive: BSÍ and The Vaccines at the Old Fire Station in Bournemouth

Combining energy, charisma and talent, singer Justin Young from The Vaccines has to be one of the best front men in the UK and beyond.

Combining a delicious combination of lo-fi, pop-punk, surf and indie, Icelandic band BSÍ are certainly one to watch and have recently supported rock-indie band The Vaccines on their UK tour.

Their latest single ‘My knee against kyriarchy’ from their debut album ‘Sometimes depressed…but always antifascist’ which has received much critical acclaim was just one of several tracks performed from a sparkling set at Bournemouth’s Old Fire Station.

The dynamic duo – Sila Thorarensen (drums and vocals) and Julius Pollux (bass guitar and keys) completely garnered the attention of the crowd with a combination of their own tracks such as ‘Vesturbæjar Beach’, ‘Ekki á leið’, and a cheeky cover of a Spice Girls classic ‘ Wannabe’

Ultimately, the band are looking to create ‘sweet songs against bad things’ and achieve this effortlessly. An impressive tour debut, Sila has a lovely tone and Julius is a skilled guitar player which he does whilst playing a keyboard with his feet.

If you are looking for chilled music with meaning, definitely check out the super cool BSÍ.

Combining energy, charisma and talent, singer Justin Young from The Vaccines has to be one of the best front men in the UK and beyond. From the second he made his way on stage; he had the crowd in the palm of his hand with his captivating performance alongside the rest of his band.

Always tight, the London-based band’s set was electrifying and showcased their impressive back catalogue and commanding stage presence. Kicking off proceedings with a barnstorming ‘Wanderlust’ followed by ‘I Can’t Quit’, the band demonstrated how much they had missed playing live with a stellar collection of tracks like ‘Jump Off The Top’, ‘All My Friends Are Falling In Love’ ‘Alone Star’ and more, the crowd were dancing throughout and fed off the vibe of the band.

‘Back In Love City’ is out now to purchase and stream.
Thanks to Alex Dixon (Photography) We Broke Free (Promoters) and The Old Fire Station for the images.