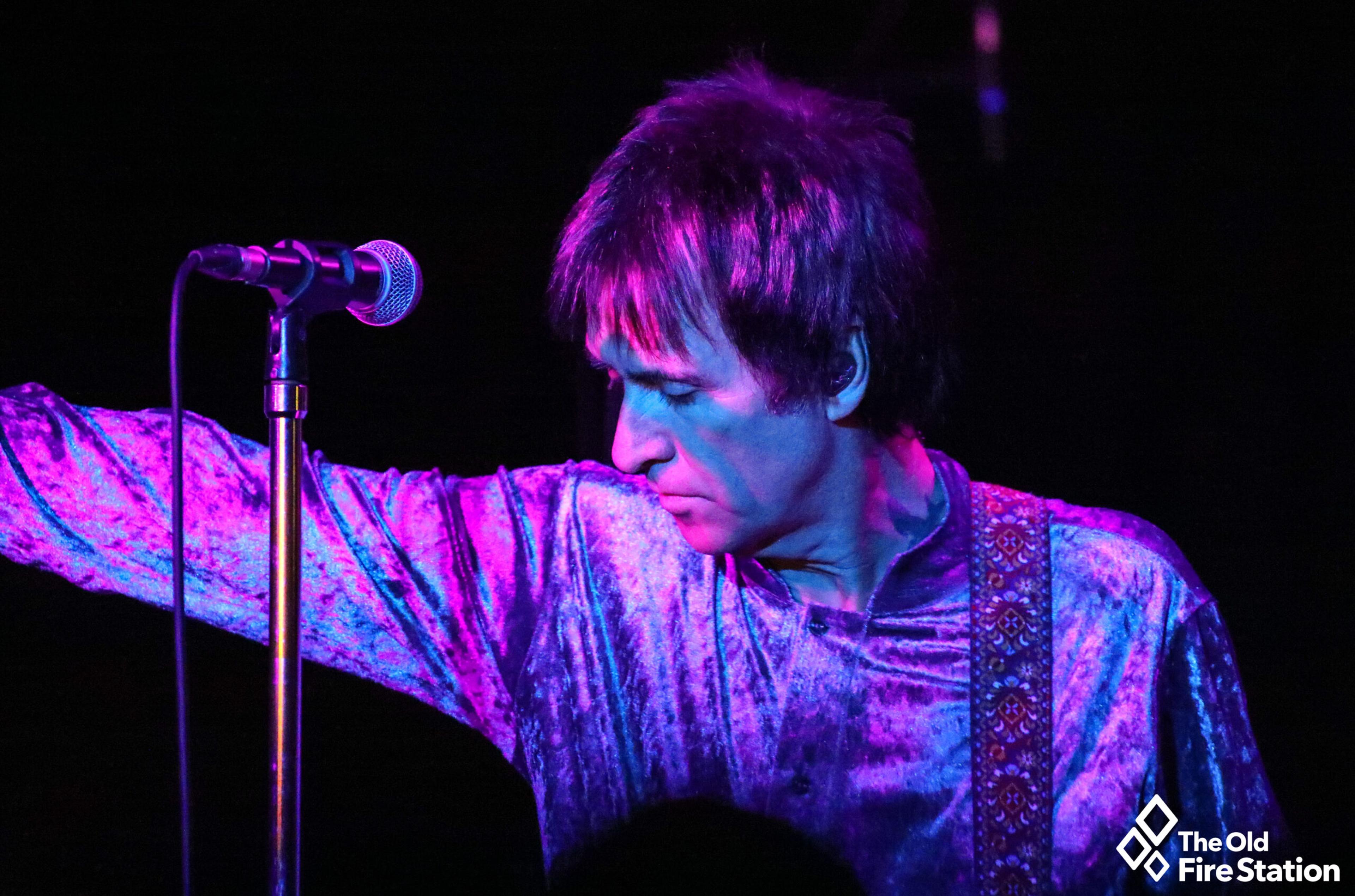 From his guitar playing to his stage presence and showmanship, Johnny's talent for songwriting and performing continues to cement him as one of the UK's top musicians.

Fully deserving of his ‘Godlike Genius’ moniker, Johnny Marr and his stupendous guitar playing never disappoints and this has never been a truer statement when it comes to his recent gig at the quirky venue – the Old Fire Station. Charismatic, humorous and effortlessly cool, he brought his sold out show to the coastal town of Bournemouth. Whilst there were musical nods to The Smiths, but for this gig – it was all about the present and the inclusion of a curated selection of tracks from his latest album – the triumphant and expansive ‘Fever Dreams – Pts 1-4’. This album was born out of lockdown and his writing and recording has provided him with one of the most prolific periods of his illustrious career.

Swaggering on stage, Johnny kicked off with a rousing rendition of ‘Armatopia’ which was closely followed by the Smiths track ‘Panic’ which really got the captivated crowd going. They were also treated to a selection of tracks from ‘Fever Dreams – Pts 1-4’ which included ‘Spirit Power & Soul’, ‘Rubicon’, ‘Sensory Street’ and ‘Night and Day’.

Johnny effortlessly engaged with the crowd with a delightful combination of humour, swagger and energy – he had the audience in the palms of his hands as he continued with his amazing set. Chock full of exhilarating guitar swells which is his trademark, Marr cheekily asked if the crowd had any requests before segueing into the song which had already been outlined on the setlist. Marr commanded the stage with his fantastic band supporting him which included some driving bass lines from the talented Iwan Gronow.

From his guitar playing to his stage presence and showmanship, Johnny’s talent for songwriting and performing continues to cement him as one of the UK’s top musicians. Emotive, straight talking and stirring, his new material which he describes himself as ‘electro gospel’ was mixed with his rock ‘n’ roll roots. His new songs are some of the best he has ever written and it feels that this is the sound that he has been aching to create. There were some Smiths’ crowdpleasers in the mix such as ‘There Is a Light That Never Goes Out’, ‘This Charming Man’ in the main set, which effortlessly sat alongside the fantastic ‘How Soon Is Now’ which closed an epic encore which also included ‘Ariel’ from his latest album.

Tracks like ‘Easy Money’ – one of his most successful solo tracks, a spell binding cover of ‘I Feel You’ by Depeche Mode, and ‘Get The Message’ were executed perfectly with an exuberant delivery.

Marr’s stagecraft is evident, it is clear he loves to perform – and the crowd loved this performance. Johnny is the epitome of a musician who has no qualms about celebrating his past and his unrivalled contribution to The Smiths, but does not shy away from embracing the new. Johnny is supporting Blondie on their UK tour throughout April and May after completing his own UK tour and we are sure that the combination of these two timeless acts could be one of the gig highlights of 2022.

Fever Dreams Pts 1-4 is out now.
Thanks to Alex Dixon (Photography) We Broke Free (Promoters) and The Old Fire Station for the images.