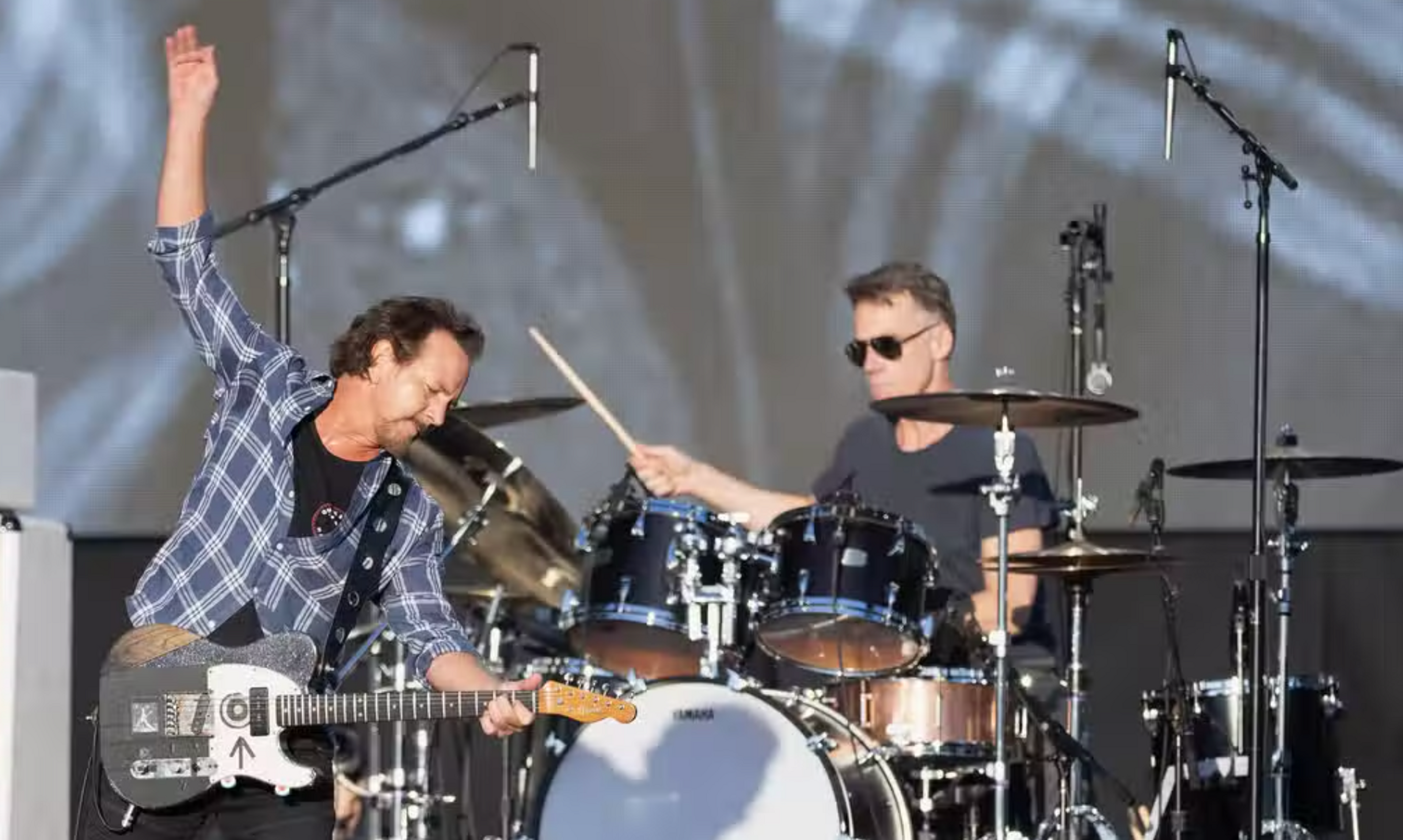 A riotous, thrilling and triumphant set from the American rock stalwarts.

With a stellar lineup of Johnny Marr, the Stereophonics and headline act Pearl Jam, there was never any doubt that Saturday’s BST Hyde Park gig wouldn’t truly pack a punch and get everyone rocking.

As part of BST collection of summer gigs, the heat was rising and so was the festival spirit on a swelteringly hot day in the capital.

The first act we saw was the brilliant Johnny Marr who kicked off his set with the sublime Armatopia from the album of the same name. Whilst there were nods to tracks from his most recent album – Spirit Power and Soul (Fever Dreams PTS 1-4), he delivered a sensational set chock-full of songs from his days with The Smiths which included Panic, This Charming Man, as well as the incredible There Is a Light That Never Goes Out.

Marr’s guitar playing is always epic, but his prowess and delivery were absolutely next level – especially his performance on Getting Away With It, from his days with Electronic which really got the crowd dancing and the truly epic How Soon Is Now?

Marr would later join Pearl Jam on stage to play on the heartfelt Neil Young track – the emotive Throw Your Hatred Down, following a heartfelt speech from Eddie Vedder on the increasing epidemic of gun violence which really resonated with the sold-out crowd.

‘We’ve got 12 albums and 20 years but we’ve only got an hour and a bit, so we’d better f***ing get on with it!’ declared Kelly Jones from Welsh rock group Stereophonics, but any issues with curating an hour-long set from said 12 albums were not evident.

Whilst certain tracks were omitted from the set, there were some evident highlights in the shape of The Bartender and the Thief, Pick a Part That’s New (which Jones started playing on a ukulele and then switching to a guitar), A Thousand Trees, Have a Nice Day and the rousing Just Looking. Frontman, the captivating and enigmatic Kelly Jones wanted to see the crowd jumping and naturally the crowd acquiesced – how can you not when you are listening to high-octane tracks like The Bartender and the Thief?!

Whilst it was a chance to check out old favourites, it wasn’t entirely a walk down memory lane with the inclusion of Hanging On Your Hinges, the opening track from the new album ‘Oochya!’

The crowd were treated to a blistering drum solo from Jamie Morrison on Mr and Mrs Smith from ‘Keep The Village Alive’ which was truly a spectacular moment. The Stereos really know how to put on a show and this gig was the perfect showcase of both their exceptional songwriting and musicality.

One of the early pioneers of the Seattle Grunge scene, Pearl Jam were back for their second London show in a row. Whilst the set list differed from the previous evening, the American band were full of passion, conviction and energy and had the crowd in the palm of their hands.

Kicking off with Corduroy from 1994’s ‘Vitalogy’, Eddie Vedder and the band performed a slam dunk of a set that was a pure adrenaline rush. Expect the unexpected is always a wise ethos to adopt when watching Pearl Jam. They pride themselves on switching it up and are renowned for their appreciation and respect for their fans. One endearing moment saw Vedder stop the gig mid set after noticing a fan requiring some assistance and encouraged the crowd to step aside in order to make way for first aiders and security.

As well as the Neil Young cover with Johnny Marr, they also asked the audience to choose between two tracks to play (Not For You won out which made for a pretty stellar choice) Dance of the Clairvoyants, a mesmerising cover of Van Halen’s Eruption which effortlessly sat alongside tour debuts of Rats and Faithful.

Their cover of Young’s Throw Your Hatred Down was delivered with such emotion, fire and power and that alongside a compelling speech from Eddie about America’s gun laws made for a stirring and poignant moment that really resonated with the crowd.

One of the standout tracks of the night was Alive from ‘Ten’, which sent the crowd absolutely wild. The encore was concluded with a cover of the 1971 classic from The Who’s Baba O’Riley where Johnny Marr returned to the stage to play. All in all, this was a riotous, thrilling and triumphant set from the American rock stalwarts.