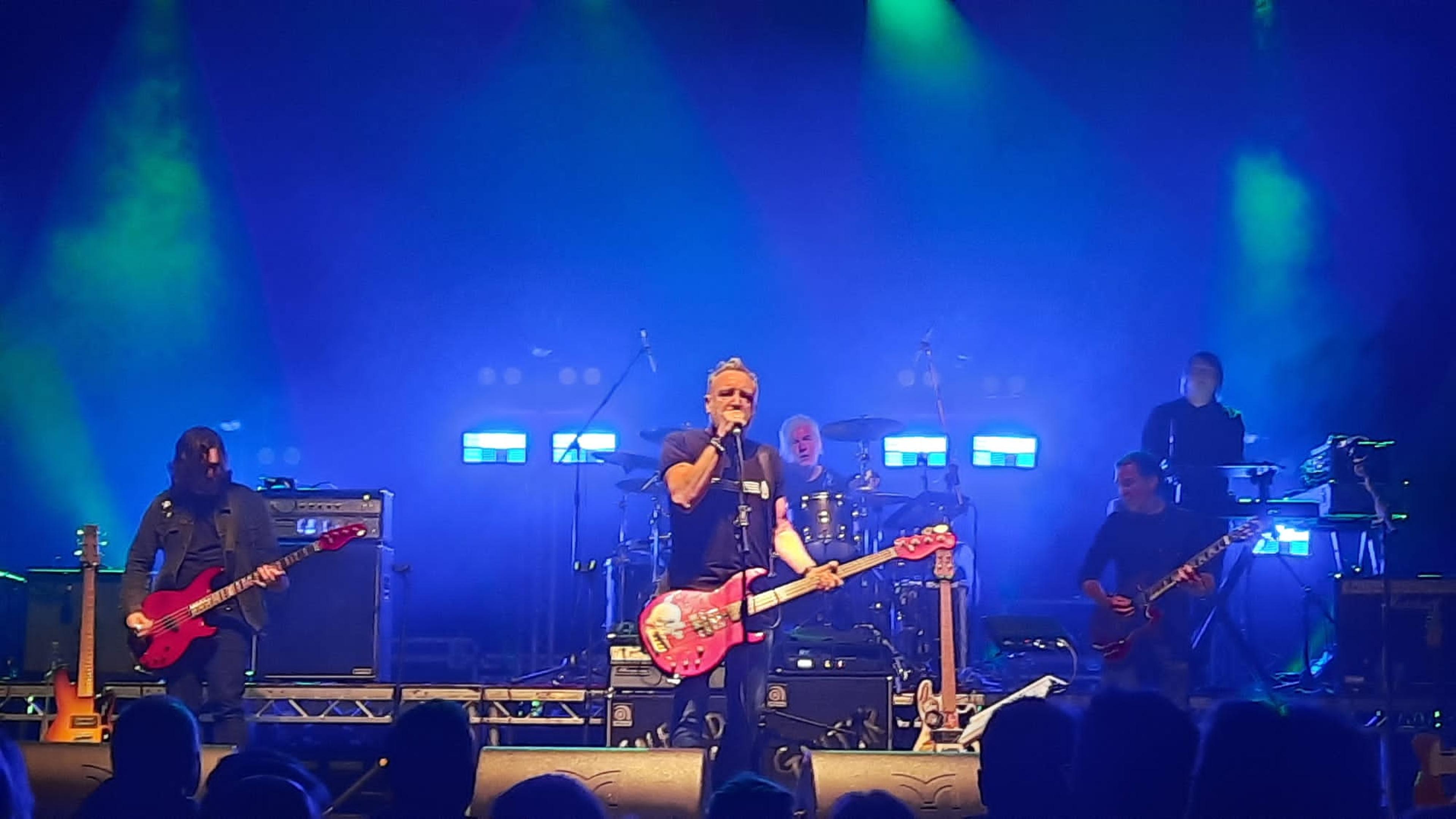 A dynamic and fully rounded performance from the legendary musician and his band.

Renowned bassist and co-founder of the two legendary rock bands Joy Division and New Order, Peter Hook was in town with his band ‘Peter Hook & The Light’ to enthral audiences with performances of seminal Joy Division albums ‘Unknown Pleasures’ and ‘Closer’.

As well as playing both ‘Unknown Pleasures’ and ‘Closer’ in their entirety, the crowd at the O2 Academy were also treated to a scintillating set of New Order tracks as well as tracks like ‘Digital’ and ‘Ceremony’.

Peter Hook’s guitar playing remains an intriguing and intricate affair. Renowned for his quirky style where his guitar hangs low and he plays down into it, Hook gave a dynamic and fully rounded performance that showcased his first class technique and his musical prowess. His ‘signature sound’ where he plays higher notes (historically to enable himself to hear his own playing over Bernard Sumner’s musical output) was in full throttle and he shows no signs of slowing down or losing his fully evident passion for both playing and the material.

As a New Order fan and having seen the band close out festivals in recent years, the first set was absolutely electric. Kicking off proceedings was the rousing ‘Your Silent Face’ from New Order’s ‘Power, Corruption & Lies’ which is widely considered to be New Order’s finest work. This was closely followed by ‘Procession’ and ‘Dreams Never End’.

Of course, fan favourites ‘Blue Monday’ and ‘Temptation’, the former being THE track that segued the leap from traditional disco vibes to the house music of the 80’s. The. Crowd. Went. Wild and rightly so – this track has influenced a whole generation of musicians and not just within this genre. There’s not even speak about how this track came about as an ‘accidental innovation’. Dance music for rockers – yes please!

And so on to the main event, not that the mighty New Order by any stretch is a ‘support act’, it set the standard for a first class performance throughout the rest of the night. Hearing albums played in their entirety has a slightly different vibe as opposed to a band cherry-picking a curated list of ‘best sellers’. It paints a picture – of every shade, tone and shadow. In this digital age, it’s easy to skip or hone in one track in isolation. Not so much for Peter and his talented band.

After another short break, it was time for ‘Unknown Pleasures’ from 1979 which was Joy Division’s debut studio album. Starting with the opening track, ‘Disorder’ which has become a regular staple in New Order sets since 2017 when it was introduced as a live performance for the first time since it was released as a Joy Division track in ‘79.

Closely followed by ‘Day of The Lords’ and ‘Candidate’, the band remained faithful to both the track listing and the sound that cemented Joy Division’s reputation as ground breaking musicians. ’I Remember Nothing’, the final track on the album concluded this first ‘JD’ set – making this not only a highly memorable performance for the fans but one also of high value, as the entire gig was chock-full of songs.

And so onto the next album, moving through time (albeit slightly!) to the second Joy Division album ‘Closer’ from 1980, the set remained faithful to the original track listing. From the soaring ‘Atrocity Exhibition’ and its hypnotic bass all the way through to pivotal tracks like ‘A Means To An End’ and ‘Heart and Soul’ – an absolute bold masterpiece of musical understatement, the crowd were enthralled. Closing this set was ‘Decades’ with these tracks meaning being ever more poignant.

Two albums down, the encore included the brilliant ‘Ceremony’ and the electrifying ‘Transmission’ which was an incredible way to close what had been a series of epic sets.

Ferocious, passionate and unyielding, this is a gig I won’t forget in a hurry!