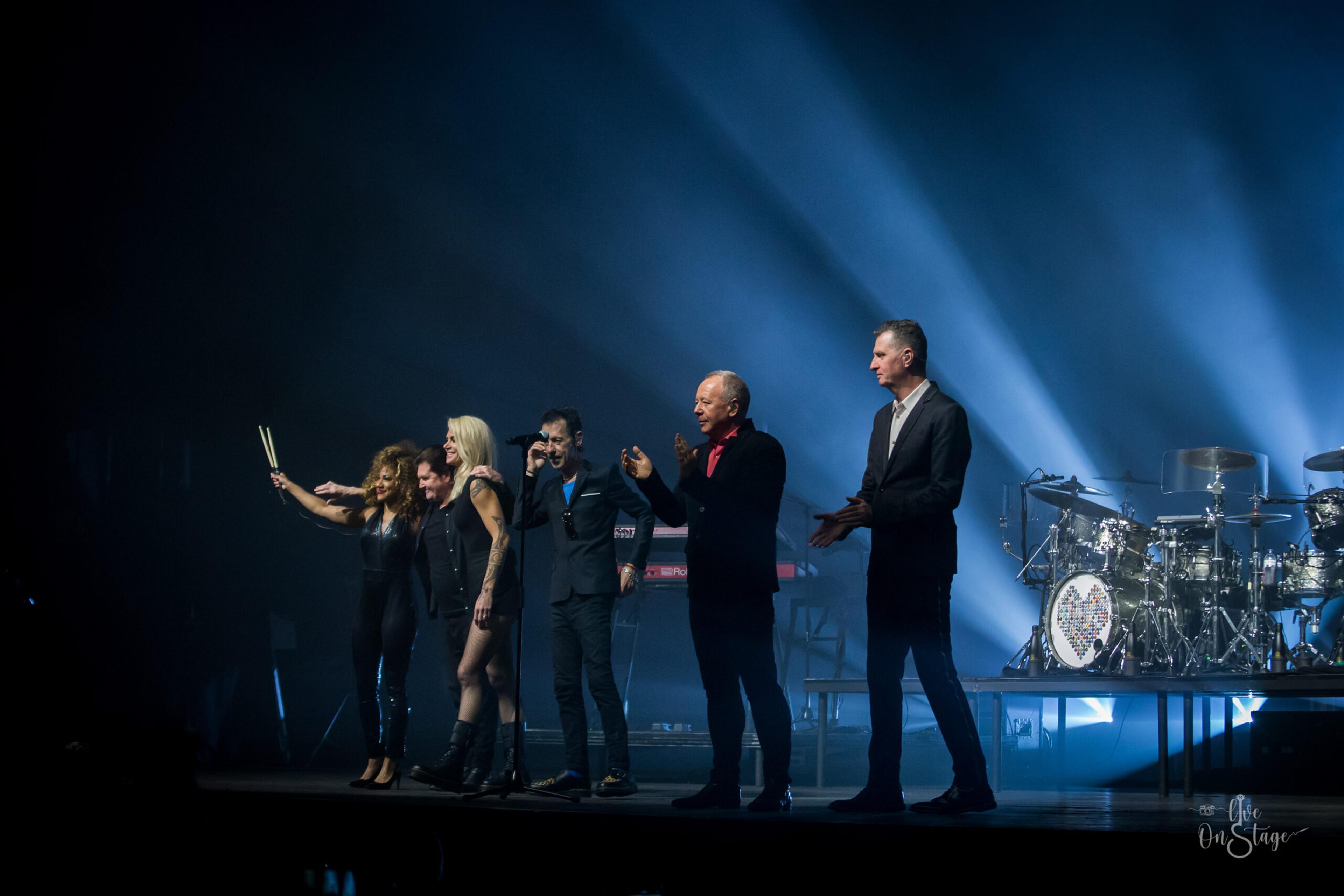 A masterclass in performance, storytelling - this was a flawless and fantastic show that left the audience entirely spellbound.

Simply spectacular and electrifying, the crowd at the Porto Coliseum, a charming music venue in the historic centre of Porto may have had a smidge of a wait to see their Scottish heroes in action after the global pandemic put their previous touring plans on ice, but it was clear it was worth waiting for.

This tour was a celebration of the bands 40th anniversary which took place in 2019, but the corresponding tour has been a long time coming for the iconic rock stars.

The word legendary tends to be bandied about a bit, but when it comes to Simple Minds, that classification is 100% justified. Jim Kerr was incredibly gracious and humble, almost seeing slightly puzzled by the enthusiastic crowd who were mesmerised by him and the entire Simple Minds line up which included the stupendous Cherisse Osei on drums. A delectable fusion of passion and precision – Cherisse is a tour de force and really adds something very special to the band.

Jim Kerr had the crowd in the palm of his hand – humorous and engaging in equal measure, joking that he would speak ‘slowly’ due to his Scottish accent. His accent isn’t as strong as it used to be, but the sentiment and his dry humour had the audience in stitches.

Jim also joked how the band ‘didn’t want to go home’ such was their enjoyment playing to the enraptured audience ‘Lock the doors’ he joked! Witty, warm and charming, Mr Kerr is definitely one of the most charismatic and personable musicians in the business. Kerr along with the enigmatic guitarist Charlie Burchill are the two founding members of the band that we know and love as Simple Minds today.

A performance of two parts, Act 1 was a masterclass in performance and storytelling showcasing the bands earlier material. Kicking off with the ‘Act of Love’ and ‘I Travel’ closely followed by a stirring rendition of ‘Glittering Prize’ from their album ‘New Gold Dream (81–82–83–84) and a haunting and beautiful version of the emotive ‘Belfast Child’.

A song that isn’t typically played at Simple Minds gigs, but its meaning was not lost and it was performed delicately and from the heart. His voice is warm, strong and is absolutely timeless. He makes it sounds so effortless and as magical as ever before.

After a short interval, onwards to the second act where we were treated to a stellar set which included tracks like the uplifting ‘She’s a River’, ‘Waterfront’, ‘See the Lights’ and of course their standout track ‘Don’t You (Forget About Me)’ which had the crowd singing along and audience members danced their way to the front of the stage for what was an eight minute spectacular rendition of this much-loved track.

40 years of Simple Minds has provided the rock stalwarts with a never-ending collection of hits – showcasing their awe-inspiring musicality and songwriting prowess. Musical pioneers with over 60 million records sold worldwide, they are quite simply rock ‘n’ roll royalty and were absolutely on fire in Porto.

Every band member played their part and both individually and collectively were absolutely exceptional. A commanding , energetic and magnificent live act, this was a flawless and fantastic show that left the audience completely spellbound. This was a first class performance from one of the best bands from the UK.