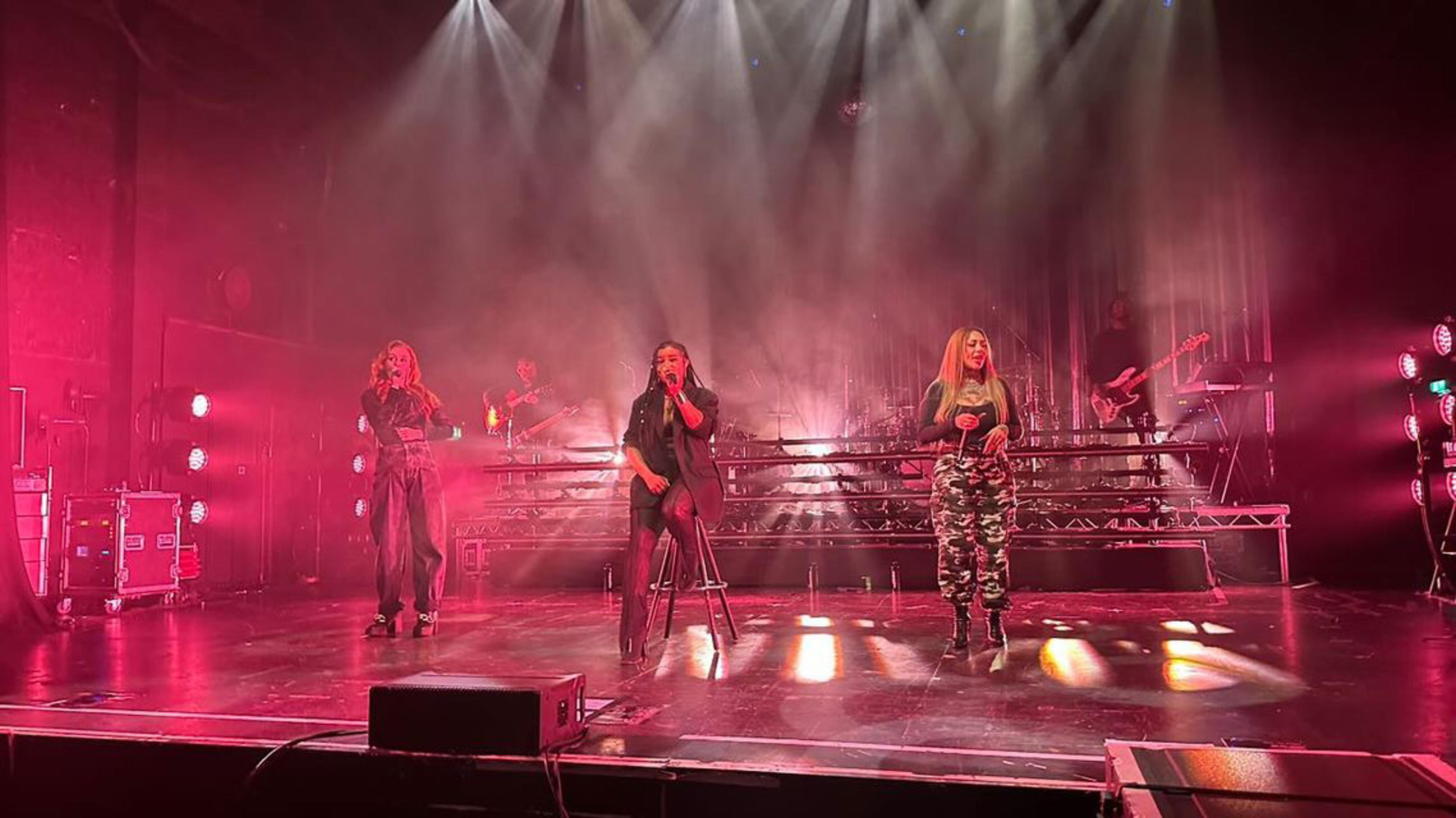 A masterclass in pop perfection from the effortlessly cool Sugababes

Almost 22 years since the release of the debut hit album ‘One Touch’, the Sugababes are back and they mean business.

Further to their electrifying performances at Glastonbury, Victorious and a myriad of other festivals earlier this year, the iconic and original trio made up of Mutya Buena, Keisha Buchanan and Siobhan Donaghy are on tour for the first time in ten years since they last toured as MKS (Mutya Keisha Siobhan)

With stellar support from rising star Kara Marni who put on a fantastic display which included ‘Trippin’ - a monster of a track that samples Amerie's ‘1 Thing’. ‘Over You’ and a very heartfelt rendition of Coldplay’s ‘Fix You’.

Kara gave a well-rounded and captivating performance and really helped pave the way to get the party started for a fantastic night of live music.

An elated crowd welcomed the Sugababes to the stage who kicked off proceedings with a sultry and cool rendition of ‘Push the Button’ which was followed in quick succession with ‘Red Dress’ and the brilliant ‘Hole in the Head’.

The trio have always been renowned for their impressive harmonies and their supercool attitudes, track by track, this was a masterclass in pop perfection with every member giving a high energy and an accomplished performance

Hit after hit, the girls showcased their epic back catalogue of their best-loved hits which sat effortlessly alongside some deep cuts and tracks from their MKS days which included ‘Flatline’ and ‘Love Me Hard'.

The Sugababes elated the crowd with tracks like ‘Ugly’, an emotional ‘Too Lost In You’, an impassioned rendition of ‘Stronger’ and ‘2 Hearts’.

One of the highlights of the set was a cover of Sweet Female Attitude’s ‘Flowers’, which was followed by ‘Round Round’ and the electrifying ‘Freak Like Me’. The band closed the set with fan favourite ‘About You Now’ which really set the 02 Academy in Bournemouth alight.

Melodic and magnificent in equal measure, the Sugababes effortlessly showed their pop pedigree thanks to their top-notch performance skills and their captivating and endearing stage presence.