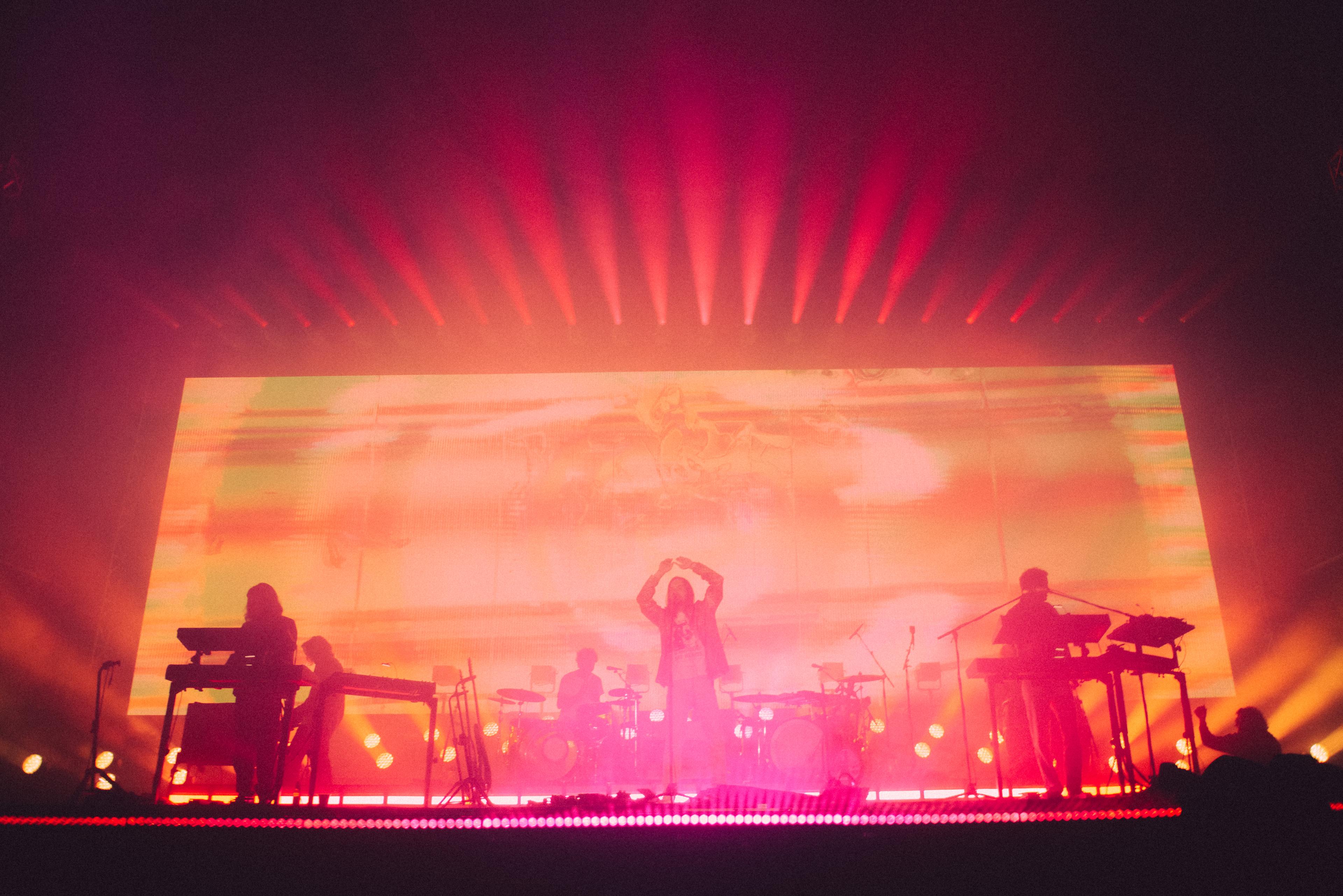 A psychedelic, immersive and mind-blowing spectacle from Tame Impala at All Points East Festival in London.

After a rather long hiatus, Tame Impala are back in the UK with a storming performance at All Points East where Kevin Parker and his crew effortlessly fused the heart and vibe of '60s psychedelia with the visceral and ecstatic spirit of '90s club culture to dazzle the sold-out crowd.

Parker's musical project's fourth studio album 'The Slow Rush' was released back in February 2020 and this show was originally intended to promote this album, but thanks to Covid, this never materialised.

However, some things are most definitely worth waiting for.

After a series of support acts which included one of House of Coco's own picks for 2022 - Sipho, Ruti, Working Men's Club, Goat, Dry Cleaning, Feet, Caribou and Caroline Polachek, it was time for the main event which saw the lights go down and an intriguing fake advert style video about a new drug which alters your perception of time.

The drug in question 'Rushium' is a reference to 'The Slow Rush' of course, but it really sets the tone of the evening.

'The Slow Rush' was one of my favourite albums of 2020 and it's probably not prudent to admit that I played it hundreds of times on my bashed-up record player during lockdown.

This gig was truly an intoxicating and hypnotic experience, from the impressive, psychedelic light show and the shimmering confetti to the trippy synths, hip-hop beats and fuzzy psychedelia that has evolved Tame Impala into the formidable music project that we know and love.

Parker's genuine passion for being back in London was evident. He remarked:

"I can’t tell you how fucking long I’ve waited for this. I thought this day would never come.”

With a barn-storming set list which included 'The Less I Know the Better', 'It Might Be Better', 'Nangs', 'Apocalypse Dreams', 'Feels Like We Only Go Backwards', this was an exhilarating journey through Tame's spectacular body of work.

There were several tracks from 'The Slow Rush' which included 'One More Year', 'Borderline' and 'Lost in Yesterday. All of which provided a totally immersive yet still emotive experience to listening to the album on vinyl.

'Elephant' from 2012's 'Lonerism' and the storming 'Let It Happen' from 2015's 'Currents' were standouts of this intoxicating and mesmerising show which with its first-class production values demonstrated the transcendent and cosmic tour de force that Parker has become.