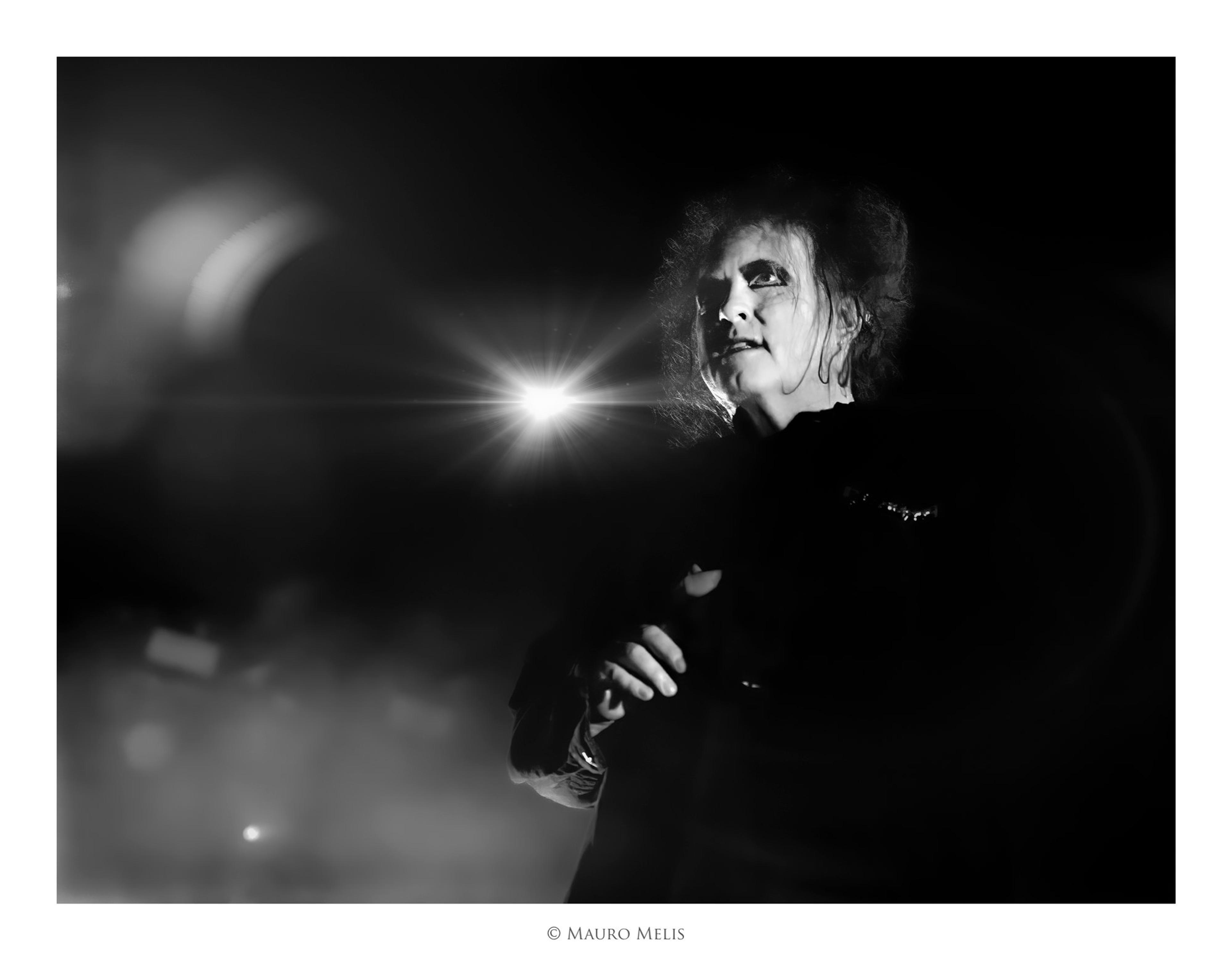 Mesmerising and captivating; there are probably not enough superlatives to give The Cure who put on one of their best-ever performances in Florence.

The Cure’s live shows are always bewitching, intoxicating and dynamic and their gig at the Nelson Mandela Forum in Florence, Italy was no exception. If you have ever been fortunate to go and see The Cure live, you will know that the set is always super long, but it’s a unique and fulfilling sonic experience.

The band were ably supported by the Scottish rock band The Twilight Sad, who performed tracks like ‘Kill It in the Morning’, ‘There's a Girl in the Corner’ and a superb cover of Frightened Rabbit’s ‘Keep Yourself Warm’.

This wasn’t The Twilight Sad’s first rodeo touring with The Cure and they put on an impressive set that entertained the crowd.

The staging was incredibly atmospheric, before The Cure came on stage, a cacophony of rain could be heard over the speakers which added a real sense of anticipation to the proceedings.

Robert Smith and the band kicked off their set with a brand new song that has been incredibly well-received by fans throughout their European tour.

‘Alone’ a soaring, dramatic track that really draws you in is a triumph and showcases Smith’s prowess as an exemplary songwriter with lyrics like ‘The fire burned out to ash and the stars grow dim with tears’.

This, coupled with two other tracks that were interspersed between deep cuts and evergreen classics made the band’s set an absolutely electric affair. The new tracks form part of a forthcoming and highly-anticipated album by The Cure which frontman Robert Smith has hinted will be entitled ‘Songs of the Lost World’ and has indicated will be ‘the doomiest thing we've ever done’.

However, as is the case with The Cure, where there’s dark, there’s also light which could be found in tracks like the joyful ‘Friday I'm in Love’ which really set the crowd alight. ‘Lovesong’ was a huge triumph as was the post-punk anthem ‘A Forest’ which was haunting and heavenly in equal measure.

Another new song from ‘Songs Of A Lost World‘ included ‘I Can Never Say Goodbye’ an emotional track which was a tribute to Robert’s brother who sadly passed away.

Highly emotive, this deeply personal track really resonates with anyone who has ever lost someone they love with touching lyrics like ‘‘Something wicked this way comes, to steal away my brother’s life’.

‘Endsong’ was a stunning exhibition of the band's super musicality and stage presence. The pioneering and introspective track was performed under a blood moon on the big screen.

Those looking for a back-to-back showcase of The Cures’ most loved, seminal rock ’n’ roll hits were not disappointed with tracks like ‘Lullaby’, ‘Close To Me’, ‘Just Like Heaven’, ‘Hot Hot Hot!’ which was a tour debut, ‘Pictures of You’, and ‘In Between Days’. This was an exemplary set that showcased their impressive body of work.

Every band member put on a first-class and dynamic performance which included a welcome return of Perry Bamonte back to the band. Bassist Simon Gallup put on a high-octane and exuberant performance showing why he’s one of the best bass players in the business.

A force of nature and one of the most compelling and intriguing frontmen in music, Smith is a charismatic and captivating performer, his vocals remain as impassioned as ever before and haven’t changed since the band's inception in the late seventies.

One of the highlights was the closer ‘Boys Don’t Cry’ which was a euphoric and dazzling rendition of one of the band’s best-loved hits.

The Cures’ gig in Florence was an electrifying and unmissable experience, with the band proving once again how incredible they are on stage.

Mesmerising and captivating; there are probably not enough superlatives to give The Cure who put on one of their best-ever performances in Florence.