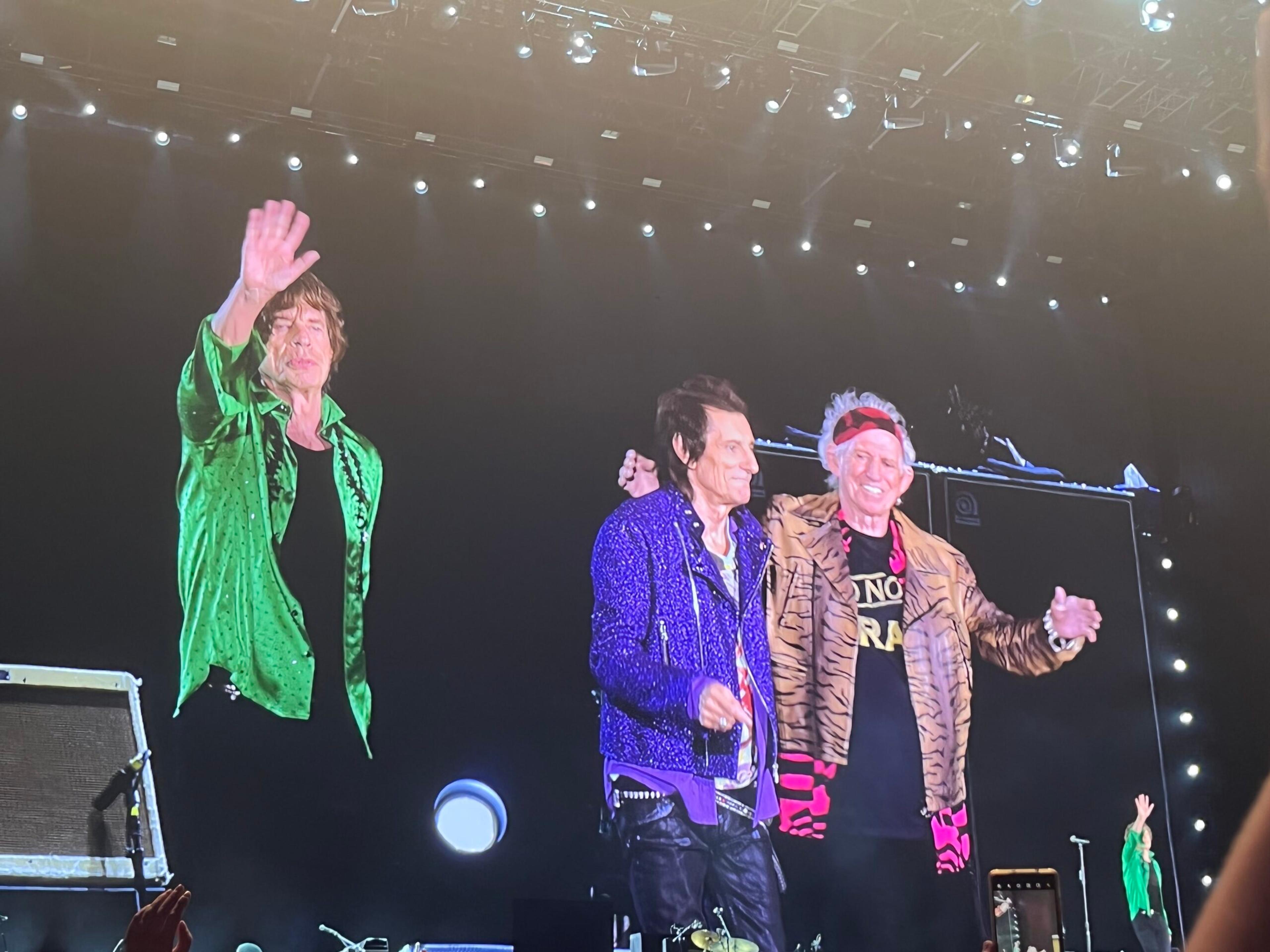 With extraordinary passion and exuberant energy that belies their age, the kings of rock 'n' roll royalty The Rolling Stones performed an exemplary set that showcased their impressive body of work

The greatest rock ‘n’ roll band in the world are once again setting stages on fire and their epic performance at BST Hyde Park was no exception.

It started on a poignant note with a touching tribute to the late, great Charlie Watts, the beloved genial drummer with the steadiest sticks in the business who sadly passed away last year, but the entire show which spanned almost three hours was entirely celebratory. Mick remarked that “You know, we played with Charlie for 60 years. We really really miss him so we dedicate this show to Charlie!” the crowd responded chanting Charlie’s name which created a very special moment between the band and their delighted audience.

With extraordinary passion and exuberant energy that belies their age, the kings of rock ‘n’ roll royalty, The Rolling Stones performed an exemplary set that showcased their impressive body of work. This year marks the 60th anniversary of the Rolling Stones’ formation in 1962.

Kicking off with the jubilant ‘Get Off My Cloud’, with its unmistakable thunderous intro, the band were on top form with frontman Mick Jagger swaggering and dancing his way across the stage with palpable levels of aplomb. A force of nature, a tour de force, Jagger is a charismatic and captivating performer, his vocals remain as impassioned as ever before and haven’t changed since the ’60s.

For those looking for a back-to-back showcase of the Rolling Stones’ most loved, seminal rock ’n’ roll hits were not disappointed. With a top-notch set of tracks like “Miss You”, “Midnight Rambler”, “Paint It Black”, “Sympathy for the Devil” and “Gimme Shelter”, (which featured images of war-torn Ukraine set against the country’s national flag which provided the second powerful and moving moment of the night)

In fact, track by track the Stones’ setlist was the perfect combination of nostalgic hits, fan favourites and emotive tracks that delighted several generations of Stones’ fans.

The second of their Hyde Park shows are just two of the gigs forming part of their iconic ‘Sixty’ tour across Europe. Mick, resplendent in a jazzy floral jacket was a whirling dervish and indulged his adoring fans with an impressive selection of his trademark dance moves which included the ‘Jagger Swagger’.

The band demonstrated why they have lasted so many decades in the business with fantastic renditions of “19th Nervous Breakdown”, “Tumbling Dice”, “You Can’t Always Get What You Want”, and “Out Of Time”. This gig also saw the band performing the brilliant “Angie” on tour for the first time as well as a beautiful rendition Bob Dylan’s “Like a Rolling Stone”.

Keith Richards also had an opportunity to showcase his super vocal skills with tracks like “Happy” and “You Got The Silver” affording Mr Jagger a well-earned break. Keith and Ronnie Wood are both outstanding musicians who play their instruments as if their lives depend on them and put on absolutely astonishing and euphoric performances.

Without a doubt, The Rolling Stones’ second gig in London was an electrifying and unmissable experience, with the band proving once again how incredible they are on stage.