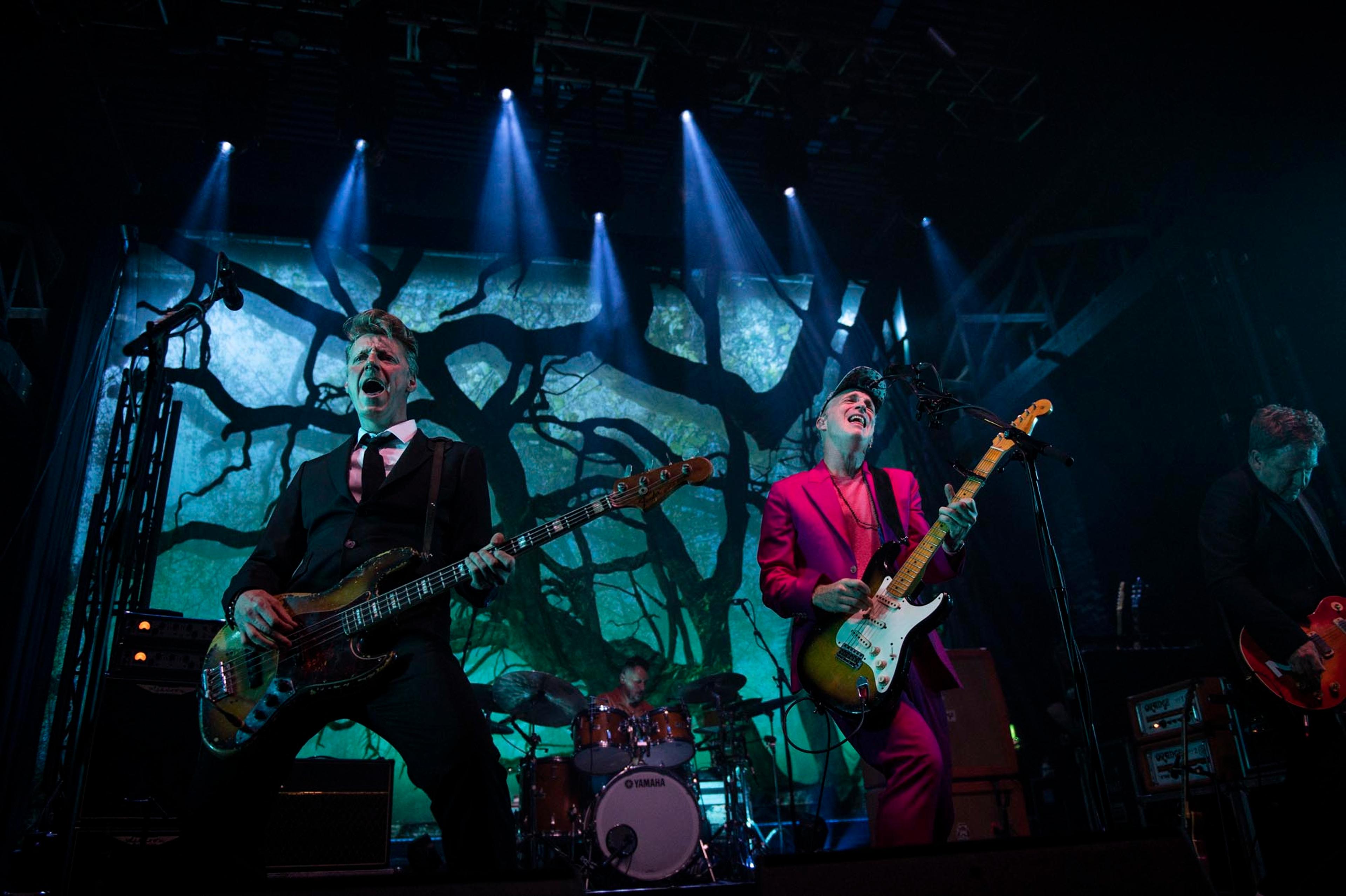 This gig unequivocally demonstrated how 'The Invisible Band' has not only stood the test of time, but in many respects has even more meaning and relevancy over twenty years on than ever before.

Scottish rock band Travis headed to the O2 Academy in Bournemouth to perform their seminal album ‘The Invisible Band’ in its entirety along with other classics. Originally released over twenty years ago in June 2001 to both critical and commercial acclaim, the band had initially planned to promote its 20th-anniversary reissue last year with a corresponding tour, but the pandemic thwarted their efforts.

Revisiting an album which is both a classic but also reflects a specific moment in time is always revealing. However, the Scottish four-piece were on top form and set the stage alight with a fresh new approach and it was almost like hearing it for the first time.

With support from singer-songwriter (and formally the frontman of indie stalwarts Gomez) Ben Ottewell who performed an understated but very commanding set, the energetic four-piece hit the stage.

Here’s a fun fact for you – Travis was the first band that I saw live when I moved to Bournemouth (who were at the time) supported by a relatively up and coming band called Keane. They have always been a cohesive and captivating group of musicians who never disappoint when performing live— every song on the ‘The Invisible Band’ sounded as fresh and dynamic as ever.

Travis is not the first (and certainly won’t be the last) band to perform album-focused tours. In a digital world, where music is digestible by song, it’s actually a real treat to listen to bands perform albums from the first to the last track. If this was a restaurant comparison, the evening would be comparable to a tasting menu as opposed to ‘small plates’.

Substandard cooking analogies aside, the band led by the ever-charismatic frontman Fran Healy kicked off proceedings with ‘Sing’ the first track off ‘The Invisible Band’, setting the very high standard for the night. Despite a slightly nervous (about the football) Dougie Payne on bass who was keeping one eye on the football scores hoping for a Rangers win, the dynamic foursome was formidable on stage. ‘Dear Diary’ followed by the powerful ‘Sing’ – which over twenty years later, has even more meaning. Considering it was written over two decades ago, it almost feels even more poignant than ever. ‘Side’ has always been one of my favourite Travis tracks and naturally this was included in the set list owing it to being the third track from the album.

Revisiting this album as both a musician, music journalist and of course as a music fan has demonstrated not only how great Travis are as both recording artists and as a live act, but also how their songs have really stood the test of time and have almost a new meaning whilst remaining evergreen classics.

Navigating the fully engaged crowd through the rest of the tracks, the band interjected their stellar set with intriguing and funny stories and anecdotes which included reflecting on how they used the money from record sales which afforded them the opportunity to make this album. One stand-out story included Fran relaying their experience at a recording studio where they were mixing with international recording artists and having the opportunity to choose from what can only be described as a ‘weed catalogue’ which had the crowd in stitches.

One of Fran’s musings was that modern music ‘doesn’t mean anything, but that it’s that all-important 5% that DOES indeed make a difference and that subsequently lasts. Honesty was a key theme throughout both this album’s creative process and captured within the stories between each track. The band and in particular, Fran and Dougie effortlessly engaged with the crowd with a delightful combination of charm, energy and humour. Fran is very endearing and sincere both in his performance and how he interacts with the crowd.

One very emotional moment for the band and for Fran, in particular, was the last track from the album ‘The Humpty Dumpty Love Song’ which was dedicated to the bands video director, and close friend Ringan Ledwidge who sadly died earlier this year.

His contribution to the creative process clearly made an impact on both the band on a professional and personal level and it was a lovely way to close out the set. The first song played in the following set was ‘A Ghost’ from the band’s latest album ’10 Songs’ which was released at the back end of 2020. Never has a track been more relevant for what ‘we have all gone through’ than the beautifully written ‘Love Will Come Through’ which was one of the standout tracks on 2004’s ’12 Memories’.

One of my favourite ever Travis tracks ‘Closer’ was a personal highlight – from ‘The Boy with No Name’, ‘Turn’ and ‘My Eyes’ also made an appearance. Of course, the set ended with fan favourite ‘Why Does It Always Rain on Me?’ which the crowd absolutely adored. This gig unequivocally demonstrated the creative prowess and the huge impact that Travis has made over the years and in particular how ‘The Invisible Band’ has not only stood the test of time, but in many respects has even more meaning and relevancy over twenty years on than ever before.

Vibrant, endearing, and unforgettable, Travis are collectively absolutely spectacular performers, and their impressive body of work and captivating performances continues to cement them as one of the UK’s top and best-loved bands.