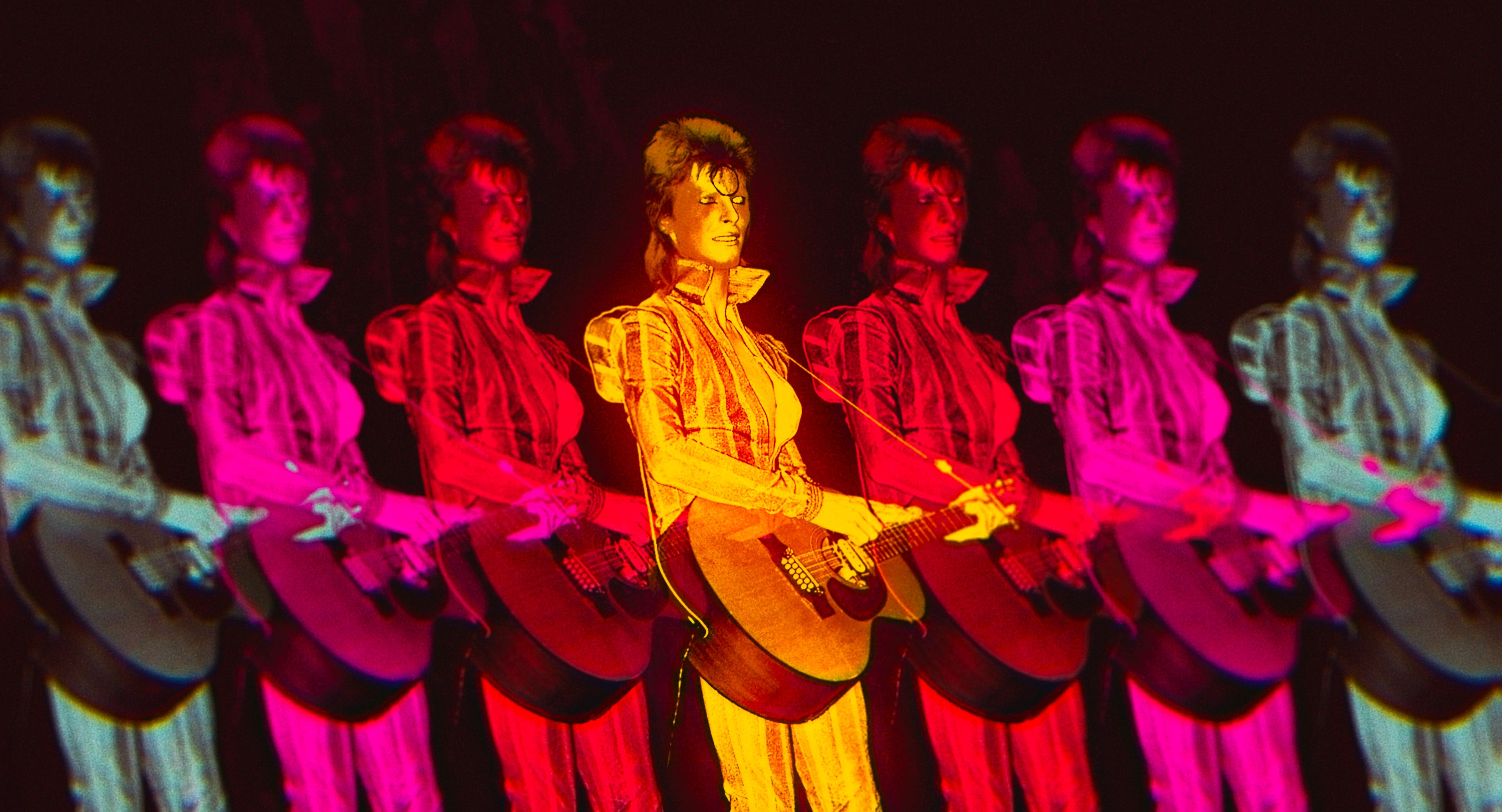 Discover why David Bowie is to be honoured on the Music Walk of Fame in London.

Today is an exciting day for David Bowie fans. It's been revealed that musical and style icon David Bowie is to be honoured with a stone on the Camden-based trail that honours artists and trailblazers from around the globe.

The announcement comes in the lead-up to the global release of Brett Morgen’s new Bowie documentary 'Moonage Daydream' - an experiential, cinematic odyssey about the universally acclaimed musician which will be in cinemas from the 23rd of September.

Bowie’s stone on the Music Walk of Fame will be laid opposite Camden Town Tube Station and will be in the company of other music legends including
The Who, Madness and Amy Winehouse.

The stone will be unveiled in a star-studded ceremony outside on 15th September, with friends, collaborators and fans of the ‘Life on Mars’ singer paying tribute to the London-born artist, widely regarded as one of the most influential musicians of all time.

During his 54-year career, his record sales were estimated at over 100 million records worldwide undoubtedly making him one of the best-selling musicians of all time, with 11 UK number-one albums.

Bowie was known for innovative sounds and visions constantly reinventing himself over the years. David was particularly lauded for his groundbreaking work in the 1970s and had strong connections to London.

Born in Brixton, Bowie performed at Camden’s Roundhouse, just down the road from where the stone will be laid, three times in 1970 with his then newly formed band ‘The Hype’.

Founder of the Music Walk of Fame, Lee Bennett said: "David Bowie is a global influence, one of the ultimate influencers and sooner or later, we had to have him on The Music Walk Of Fame.

Our intention is for this to be the highest honour a music figure can receive in the UK and beyond, the unveiling of David’s stone ensures that legacy. We have huge plans for the future, but for now, let’s celebrate one of the greats of music."

The stone unveiling will coincide with the release of 'Moonage Daydream' which has been described as an experimental cinematic odyssey, that explores Bowie’s creative, musical and spiritual journey.

Fans can expect to see never-seen-before footage, performances and music, the film is guided by Bowie’s narration and is the first film to be officially sanctioned by Bowie’s estate.