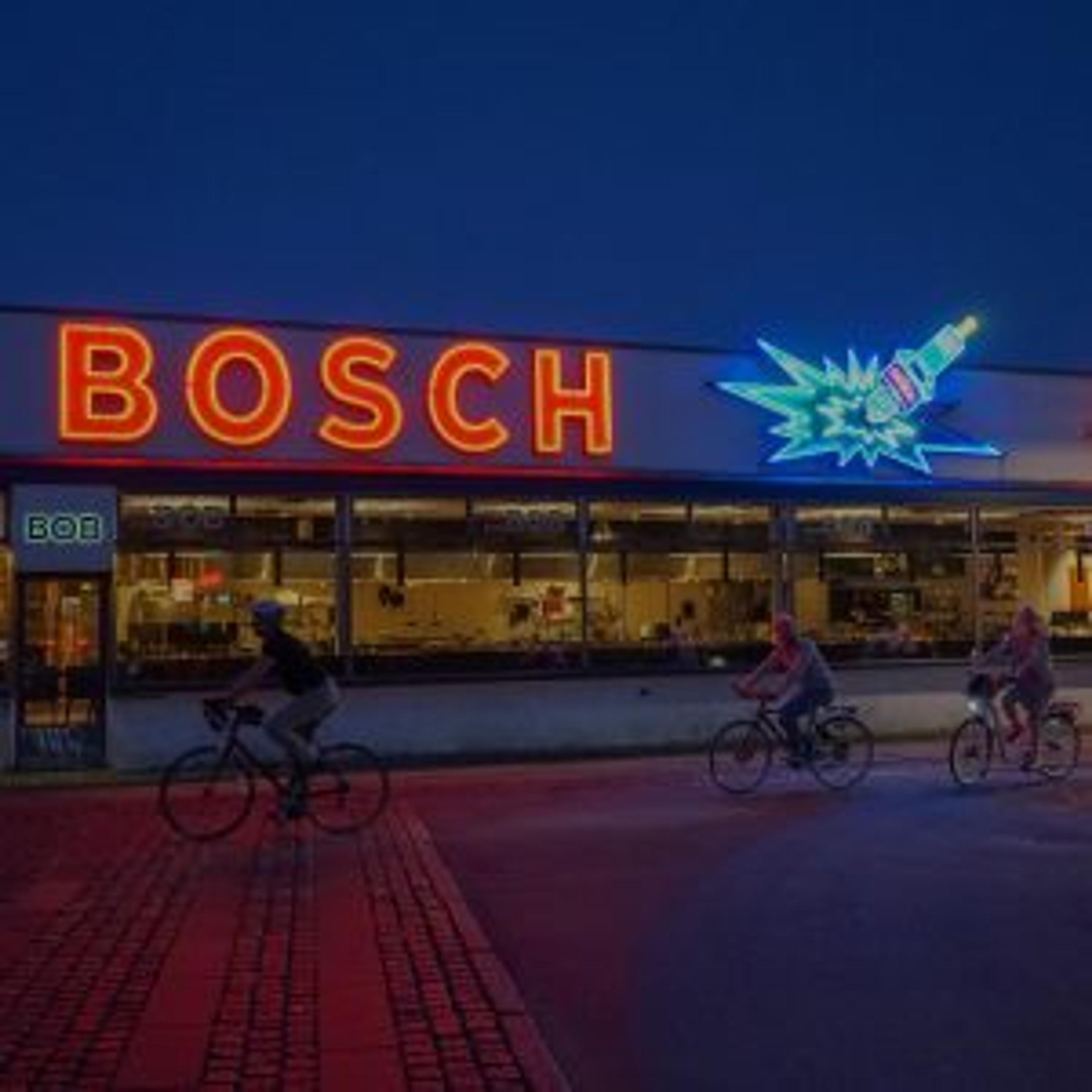 There’s never a bad time of year to visit the achingly cool Danish capital, but this is one city that comes alive during the summer months.

There’s never a bad time of year to visit the achingly cool Danish capital, but this is one city that comes alive during the summer months. After a whirlwind 36 hours in a very snowy city last March I was craving a visit in summer, where the buzzing food and drink scene comes alive and the city throngs with excitement. So when an invite came in to join Moxy Hotels discovering a new side to the city, for a slightly longer 48 hours this time, I jumped at the chance…

The experiential hotel brand from Marriott International opened its Copenhagen Sydhavnen outpost in March, in an up-and-coming district just out of the city centre. Moxy’s aim is to turn the traditional hotel experience on its head; think lively communal spaces, slick, bold design, a crew to which no request is too small and some pretty cool extras for guests to get their teeth into. We were invited to make the most of a packed two day itinerary influenced by Moxy’s playful spirit, giving guests Permission to Play with a series of hyper-curated on and off-property experiences.

Arriving on Thursday afternoon, we kicked off with lunch from the award-winning Hooked Seafood Kitchen (www.gethooked.dk), natives of trendy foodie haven Vesterbro, who parked up their food truck in front of the hotel and dishing out delicious poke bowls and a pretty spectacular yoghurt-marinated pollock burger with cucumber, cheddar and honey-mustard mayo. Essential fuel for an afternoon packed with activities.

A chance to see the city through the eyes of one of its famous exports, the group embarked on a walking tour led by global supermodel Nina Agdal. Nørrebro is one of the trendiest neighbourhoods in Copenhagen, with flower-bedecked cobbled streets packed full of artists, makers and thrift stores just waiting to be explored. Saxogade had to be amongst the coolest; we visited local ceramicist Inge Vincents (www.vincents.dk) to learn about her uniquely delicate ‘thinware’, popped into Copenhagen’s first revolutionary zero waste supermarket Løs (www.loes-market.dk) and cooled down with an organic nitrogen ice cream from the tiny Istid (www.istid.dk). Next up was a visit to the HQ of Le Fix (www.le-fix.com), an international lifestyle brand founded in Copenhagen with a group of artists, designers and creatives at its heart, before finishing up at the showroom of luxury outerwear brand Saks Potts (www.sakspotts.com) where a few of us may or may not have tried on their sumptuous fur coats…

Following our jaunt there was a chance to explore the city centre and stroll onwards to Copenhagen’s most famous street, Nyhavn, rows of rainbow bright buildings and pavement cafés packed with people enjoying a beer in the sun. A top tip; come the afternoon it is PACKED,but head down for a 9am brunch on the weekend and there’s barely a soul around.

After a quick pit stop to get changed back at the hotel, we were herded out against the clock with the promise of a boat ride. Admittedly the expectation was a Thames clipper situation, so you can only imagine the gasps when we were met with a stunning wooden galleon, resplendent with forty feet high sails and a crew in pre-requisite stripes and sailor hats, ready to transport us down Copenhagen’s waterways on an Anti-Fairytale boat ride. Being the birthplace of Hans Christian Andersen you’re never fair from the Little Mermaid in this city.

After a jaunt up towards the very north east of the city, we docked for an evening of food and drink at Reffen (www.reffen.dk). Opened in May 2018, this street food market and urban area features 40 food stalls and 10 creative workshops, all created from old shipping containers and reused materials. Their mission is to give young food entrepreneurs and start ups the opportunity to launch before heading out into the big bag world; they even have their own farm in rural northern Jutland allowing them to deliver free fruits and vegetables to the stalls when in season for them to use whatever they want. All the stalls follow the sustainable mantra “Reduce and Reuse”: use compostable food service, reduce food waste, use organic, free-range and local ingredients wherever possible. There are dozens of cuisines, from fresh grilled seafood and juicy burgers, to sushi, jerk and cheesecake for pudding, as well of course as several bars, peppered with wooden benches and strings of fairly lights, overlooking a skate park. It’s deliciously casual, absolutely buzzing, and definitely worth the trek out of the city centre if you want a unique foodie experience.

Being Moxy, it wouldn’t be fitting to just head home to bed, so instead we were led to one of Copenhagen’s most famous sights, Assistens Kirkegård Cemetery, for a bedtime story with a difference. Usually only open during the day time, we entered under cover of darkness experience a twist on Moxy Hotels’ global signature Bedtime Stories program; cheeky 60-second stories under the themes “chill out”, “go out” or “pass out” offered for guest to listen in their bedroom. A host of famous Danes reside in this cemetery, including their most famous writer, Hans Christian Andersen, at whose grave we were met for a candlelit tale before heading home to bed.

After grabbing a casual breakfast in the hotel lobby, a typical continental affair of cereal, fruit, a beaut selection of bakery and cold meats and cheeses, we set off on what was undoubtedly the highlight of my trip…

Tivoli Gardens (www.tivoligardens.com), right in the city centre, is Copenhagen’s world famous amusement park. The oldest in the world, founded in 1843, it’s widely regarded as being the inspiration for Disneyworld and couldn’t be further from the American mega-park. Rides including an original wooden rollercoaster, carousels and swings are set amongst beautiful floral gardens, fountains and lakes, alongside a stage surrounded by rolling lawn covered in deckchairs that’s ready for entertaining its guests with brass bands and live dance recitals. It’s an absolute delight and having first visited aged 12 I was deeply excited to relive childhood memories.

While in the park head to the stunning Gemyse (www.nimb.dk) for lunch, a restaurant voted one of the top 50 in the world for vegan and vegetarian cuisine, where you’ll be able to enjoy your food surrounded by greenery and listening to the delicate tinkle of the overlooking carousel.

A top tip for when you think you’re done; if you exit the park through the Tivoli Food Hall and get a stamp from the security guard, you’re allowed reentry any time that day. I snuck back in after dinner to see the park lit up with fairy lights and discovered a live rock concert, packed crowds singing along to one of Denmark’s most popular rock bands. Magical.

Back at the hotel for Happy Hour and there were some treats in store (and I don’t just mean the cocktails). The Moxy’s latest on-property partnerships mean guests have the opportunity to indulge in nail art designs from Nails by Nicki (@nails_by_nicki) and try their hand at personalised screen printing by locals Makershirt (@makershirt). The ongoing weekly partnerships are just one of the myriad ways Moxy are putting the guest experience at the forefront of everything they do.

Remember me mentioning the trendy Vesterbro earlier? The meatpacking district is now a total hub of Copenhagen’s food and drink scene, packed with buzzing restaurants, bars, clubs and popups, spilling out on to the street from their original factory facades and making for an extremely cool, industrial urban setting for a summer night out.

The oldest restaurant in the meatpacking district, Paté Paté (www.patepate.dk) can be found – you guessed it – in an old paté factory, with an ever-changing menu dependent on what’s availableat the market. We dined on boiled eggs with Ortiz anchovies, spiced kefir, brown butter and dill, organic Danish stracchino with piperade, courgette and aubergine, beef tartare with mustard pickled king oyster mushrooms, walnuts and mayo, rump cap with spring onion and tomatoes, a divine pea, celeriac and mushroom risotto and complete insane peanut butter brownies for dessert. A feast of kings. Across the road we hit up one of Vesterbro’s hottest nightspots Noho (www.noho.bar) for post-prandial cocktails, a hive of bodies pouring out on to the street – the ultimate summer bar for boozing, though with a plethora of cool locations to choose from, Vesterbro isn’t short on options if you can’t get in.

Copenhagen’s buzzing at the best of times, but the during the summer months it comes alive like never before. The city centre is compact and EVERYONE cycles, so with the handy addition of a bike borrowed from the hotel it’s too easy to zip around, pack in the sights and give yourself a serious foodie tour of the city, even in as a little as 48 hours. If you haven’t been, book yourself a flight.