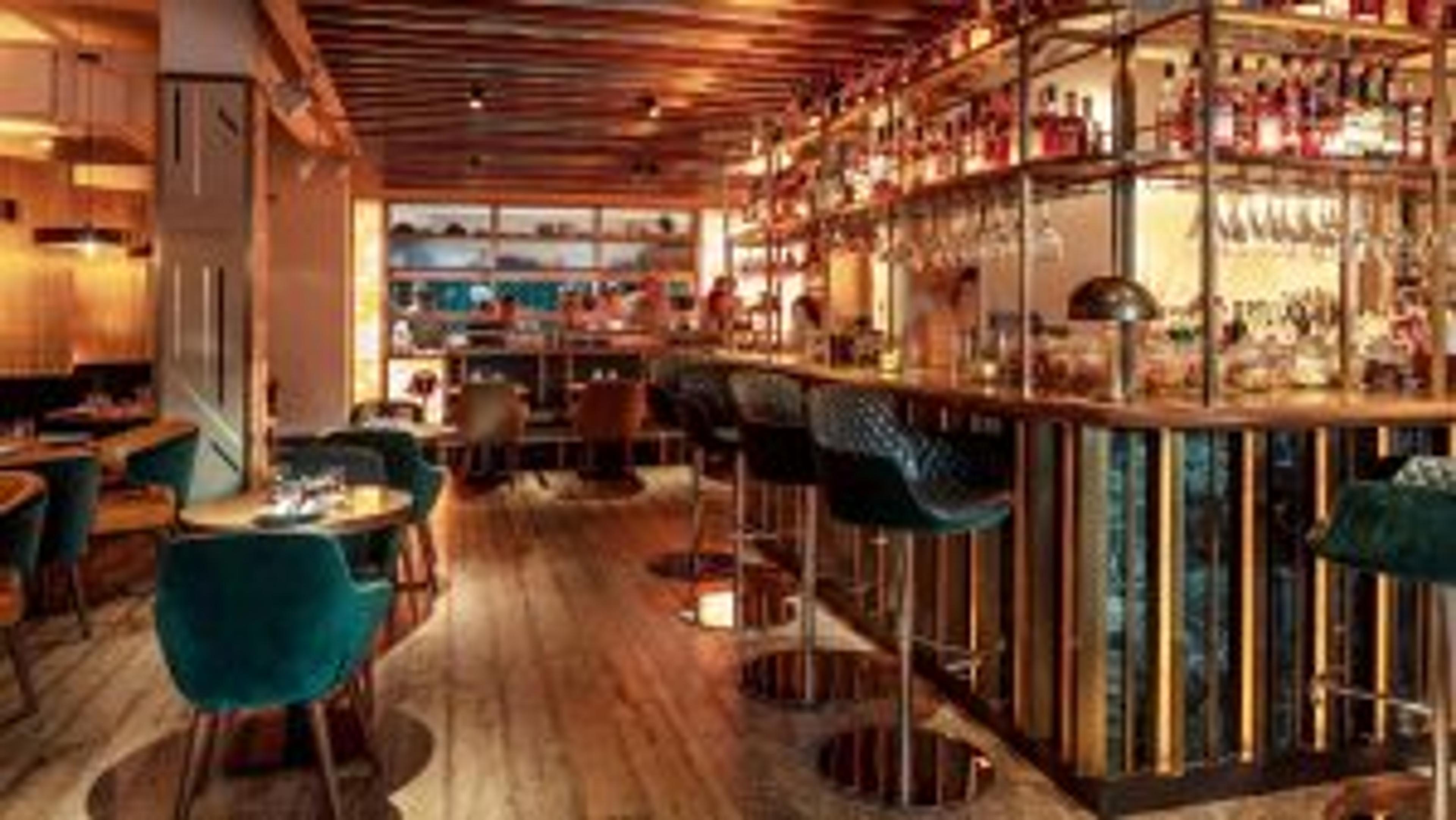 #TeamCoco was invited to experience Farzi café and to sample their selection of food.

#TeamCoco was invited to experience Farzi café and to sample their selection of food. Farzi Café is a contemporary Indian restaurant, that elevates traditional Indian food to the next level through finesse and powerful flavour combinations paired with out-of-the-box thinking. The menu highlights India’s food delicacies and uses the best ingredients in India which takes you on a journey through textures, spices and authentic flavours, whilst at the same time creating dishes that are inspired by traditional favourites but reimagined and reinvented.

Farzi Café is an award winning restaurant, opening its doors in London in early 2019. The interior is an elegant, low lit restaurant which gives the atmosphere a calm feel with a smart and classy appearance. This meaning, there is no pressure to dress formal, but equally, you would never feel overdressed. Farzi Café has two floors, enough for large groups, families and couples. Located in the heart of London, moments from Leicester square, which make it easy to get to.

The restaurant has a large selection of drinks to choose from, and a food menu with many options but in no way overwhelming. Farzi’s drinks menu included a choice of signature cocktails, a variety of tea and Whiskeys from around the world. #Teamcoco and her guest had the pleasure of sampling the recommended and popular dishes which included, for starter; Hass Acocado Chaat, Pani Poori, Chicken Tikka, and Sweet Potato & Pomegranate BunTikki. These dishes were so unique from anything we have tried before in Indian cuisine but had traditional flavours and a clear focus on achieving fantastic texture balance. You can tell that these dishes were well thought out and had much attention-to-detail despite many being side dishes.

For mains, we had Smoked Aubergine Bharta, Chicken Tikka Masala, with side dishes, Jeera Tadka Asparagus, Traditional Indian Breads, Dal-Makhni. With a selection of the menu to try from, we both were impressed with every dish as they had similar attention-to-detail and boldness of flavour. The food dishes were very rich and satisfying. Each portion was plenty of food and filled us up. The flavours were incredible, I especially enjoyed the Smoked Aubergine Bharta, which was explained to us of how they make it. They smoke the Aubergine inside the tandoori oven until it is tender and then used as the main part of curry. I could not taste that it was Aubergine, but could taste this smokiness of the curry and it was delicious!

We also sampled and enjoyed two cocktails. I chose from their signature menu which are named after star signs, which Farzi Café explain it as Ayurvedically inspired cocktails. Farzi Café told us that ‘they use carefully selected tinctures, herbs and spices to playfully keep our lives in balance and our wellbeing in check’. From discussing the cocktail menu with the bar manager he told us every ingredient within each star-sign cocktail has been made to help the human body circulate and rebalance. I found this really impressive and tried Sagittarius, which was an antioxidant and good for the heart. We also tried The Truffle cocktail, used Gin from the Cambridge distillery, it was strong but well balanced and had a classy rich dark orange colour.

As the evening was coming to an end, we had to try the deserts, for me, always the best part! We went for a Ladoo-coconut shell and a Mango semifreddo, and oh my… what a presentation and so light and delicious. The Ladoo came with berries, lychees, and inside the Ladoo was a raspberry core. The Mango semifreddo was with a mango sorbet, with a passion fruit foam, it was so pleasant to eat and rich in fresh fruity flavours.

We had a very pleasant evening, good attentive service and the food was a big YES from us! We recommend a visit for sure, whether it is just for drinks, food or both! You will have a great evening and a satisfied stomach for sure!