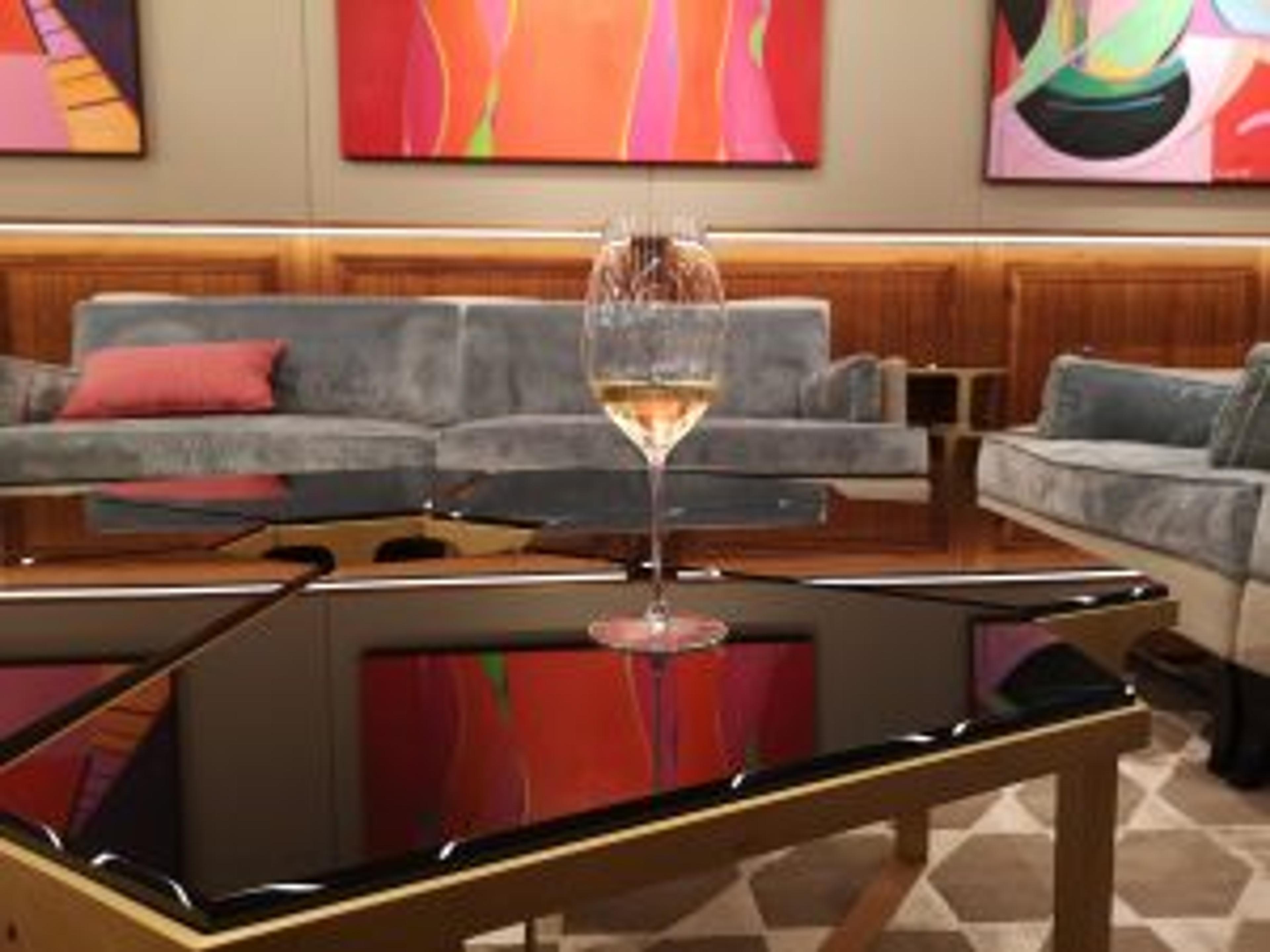 Feeding the senses at the Alabriga Hotel

When you stand in a well curated gallery, it’s easy to let a sense of awe wash over you.

When you stand in a well curated gallery, it’s easy to let a sense of awe wash over you. Cementing your place in the universe whilst also reminding you how vast the world is and how small each of us are as individuals. It’s this feeling that keeps so many of us coming back, and discovering it in a hotel was a new level of wonder for me.

Cue the Alabriga Hotel, an independent luxury hotel with all the careful curation of a gallery and all the style you’d expect in Vogue. (The vogue connection in your mind suddenly drops into place when you discover the owner and operator of the hotel is the former Editor in Chief of Vogue Russia.) The facade of the hotel mimics the rippling waves of the beach that lies just a stone’s throw away and when it’s bathed in sunlight the warmth sinks into your skin as the building glistens. When you step into the hotel you’re immersed in a perfect counterpoint. The building is cool enough that you might consider wearing a shrug as you wander round, which is something I can’t recommend highly enough. The lighting is muted and all focus is drawn to the artworks adorning every wall and hanging from the restaurant ceiling, the perfect setting for a glass of champagne and hours spent studying the pieces all around you. Every moment is designed to feed your vision, to capture your imagination like a precious dove, holding onto it carefully and nurturing your sense of wonder with every breath.

Speaking of food, it’s impossible to talk about the Alabriga and not talk about its Michelin starred restaurant, Terra. Under the careful watch of Head Chef Abraham Artigas, you will be treated to morsels so fine you’ll be begging for more. With beautiful fresh fish right on the doorstep, the menu is seafood dominated and at all times you can taste that fresh salt tang that only comes from the day’s catch. But this isn’t to say that other ingredients aren’t celebrated with equal vigour. The meat’s are tender and fall apart in your mouth and the vegetables are an unsung hero of the show — for all my love of oysters, the baby aubergines that starred in a first course are the food memory that has stayed front and centre as I write this.

The tasting menus at Terra are not to be missed. In travel writing we say that something is unmissable a lot of the time, and we do believe it when we say it. The only variation is how long the memory of something unmissable remains — for me, Terra was unmissable on the day, and it’s still unmissable almost a month later. It’s the kind of Michelin starred place that luxuriates in its ability to play with flavour, where you sit under a 3000 piece handmade crystal chandelier and your handbag has its own stool (the new thing I want every restaurant to do), but for all of that it’s not pretentious. The team love what they do and remain engaged with it, the lack the false, aloof sensibilities that you might find in other establishments of a similar calibre. They truly care about what they do and it’s beautiful to see.

When your body and mind are both full to the brim, retire to the softest beds you’ll find in Spain. In all the wonder of the restaurant and the art it’s possible to forget that you’re actually in a luxury hotel and it makes the rediscovery of your bed all the sweeter. But that’s a feature for another day.