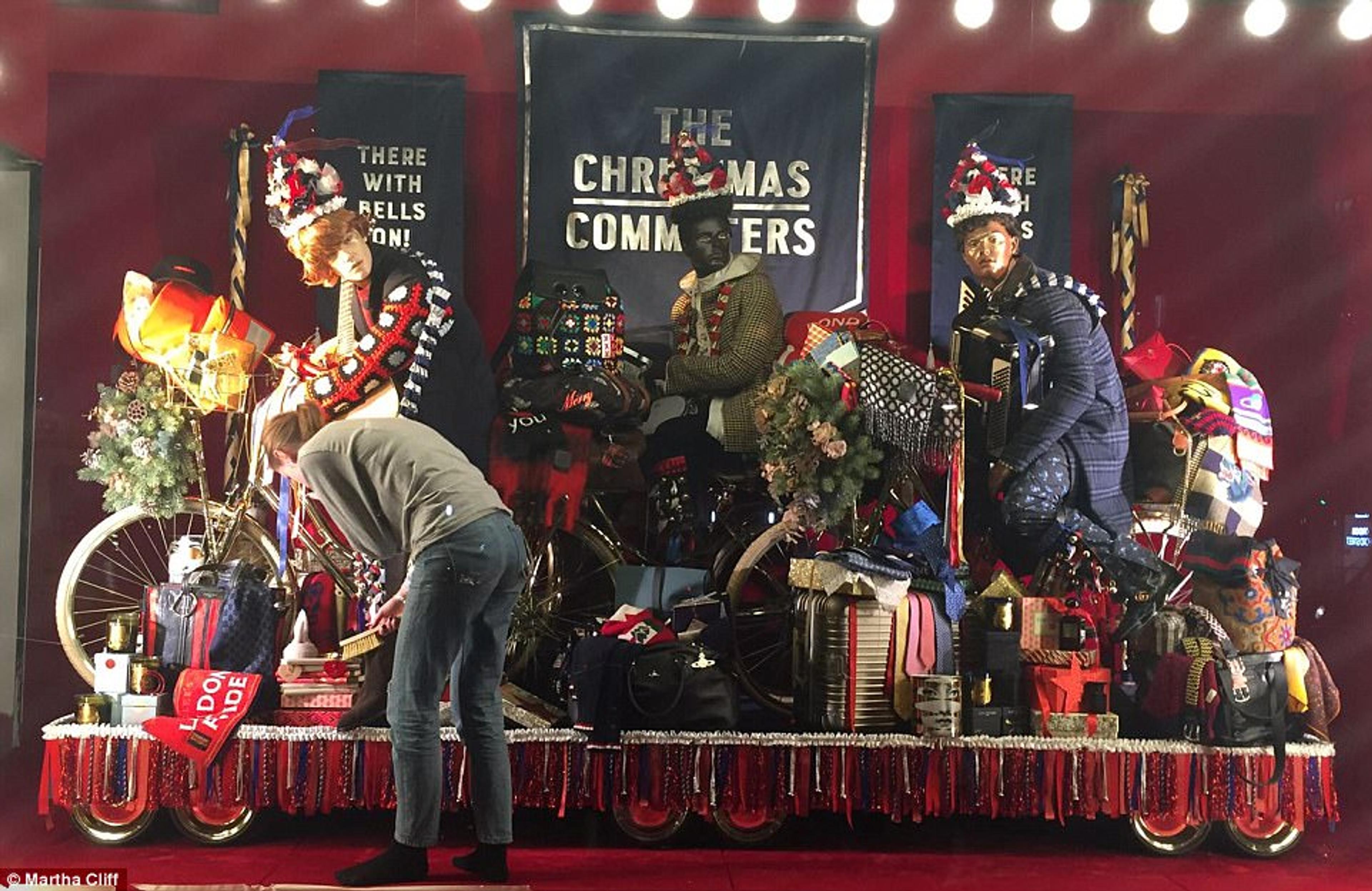 With Christmas only a mere month away, #TeamCoco embrace the festive season and take a look at five of our favourite Christmas window displays in London this year. Selfridges Selfridges

With Christmas only a mere month away, #TeamCoco embrace the festive season and take a look at five of our favourite Christmas window displays in London this year.

Selfridges was the first department store in the world to unveil its Christmas windows which happened way back in October. Their theme for 2017 is love, you can see their “With Love From” windows at Selfridges Oxford Street which tells the story of an extravagant Christmas parade.

This come with festive floats complete with characters dancing and singing to the crowds of shoppers and a market stall adorned with 5000 hand-painted Brussel sprouts, commuters riding gold bikes that are decorated with wreathes and a cheeky red-breasted robin.

There are also similar displays in Birmingham and Manchester too as Selfridges are also celebrating the cities it calls home.

Be Italian! Harrods has embraced all things Italian this Christmas by partnering with the magnifico Dolce & Gabbana (who appear in puppet form as part of the display), giving shoppers a glimpse into a traditional Italian Christmas.

Each of the 14 scenes of the display features the designer duo as Sicilian puppets – styling hair, making dinner and handing out gifts to their families.

The Dolce & Gabbana X Harrods festive takeover includes a Dolce & Gabbana Italian Market on the 4th floor of the department store, as well as a fine watches and jewellery pop-up. Simply bellissimo!

The store has created magical windows of twinkling lights, a striking silhouetted skyline lit up by a super moon wintery rooftops, rich green foliage and intricate details to reflect the iconic London scene with bi-weekly changing products (such as shoes, bags and candles) that are incorporated as part of the display. It also features red pillar box baubles, soft-toy foxes and a life-sized reindeer.

The Harvey Nichols Christmas window display is all about ‘spreading positivity’, with high energy and celebratory visual displays which have been designed to thrill customers and spread a positive message during the festive period.

You’ll find bright rainbow colours, bold textures and graphic patterns which are full of stars, glitter and colourful lights. Harvey Nichols are fusing innovative lighting techniques with an upbeat sentiment. If that doesn’t get you going, then the 382 disco balls and holographic patterns will certainly get you in the mood to party.

With their ‘Together we’re merrier’ campaign, Fortnum & Mason have created eight iconic window displays. You can spot an elephant, lion and an ostrich appearing in the windows, delivering a Fortnum & Mason hamper via a rocket ship to the ends of the earth.

The stunning displays show characters throughout various parts of the festive period, creating a beautiful display across eight windows where animals and objects come to life. All elements of the display have been meticulously sculpted and painted by hand.