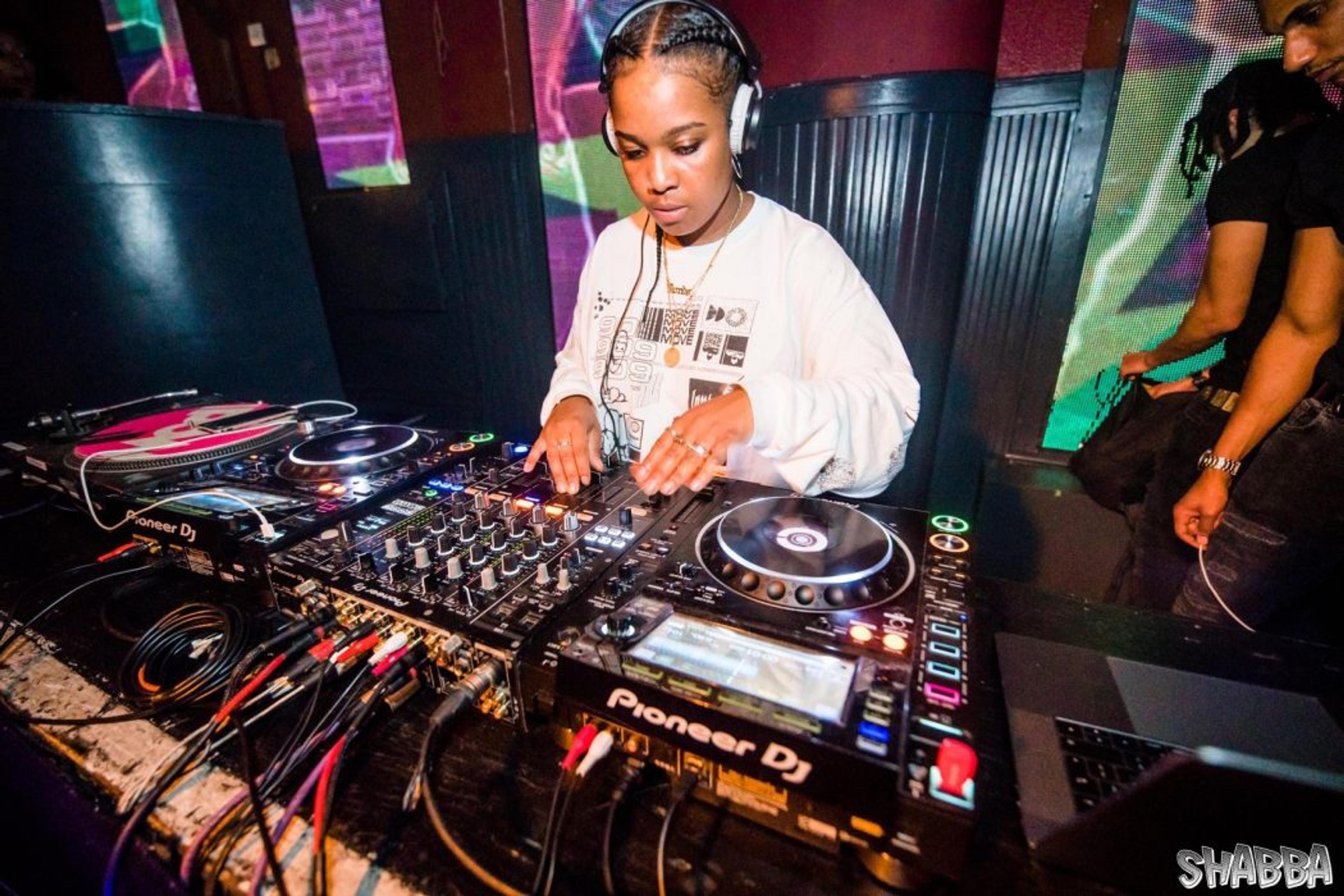 Five Female DJs To Have On Your Radar

When it comes to women in music the statistics are shocking... In 2018 BBC Reality Check analysed the 10 biggest festivals in the UK and found that just 13% of

When it comes to women in music the statistics are shocking…

In 2018 BBC Reality Check analysed the 10 biggest festivals in the UK and found that just 13% of performing acts were female – that’s just 97 female bands, singers and DJs out of 756 acts. These figures show the lack of opportunities and representation women face in the music industry.

House of Coco want to shine some light on some talented female DJs to celebrate women in the music industry. Check out five of our fave disc-spinning boss babes:

Emily Rawson @emilyrawsondj
Specialising in 90s and 00s R‘n’B and hip-hop Emily Rawson is a big name in the UK DJ scene. She started DJing many years ago after playing on some decks owned by her male friends – and found she was a natural. After University she began working in events to discover a severe lack of females in the industry. This led to Emily pioneering an all-female DJ collective called Rock The Belles, celebrating fierce female talent and getting them booked for events.

Now I’m a Mum, I mostly DJ during the day! Catch me at @rnbrunchparty every Sat (except 2nd sats when I’m at @flykidparties) at @thecurtainldn Most fun you can have on a Saturday afternoon with the most hilarious hostess @djsandraomari Tx from link in bio! ☝? ????@redrooster_ldn Shoreditch ? D . . . . . . . . . . . . . . . . . . . . . #brunch #lunch #waffles #london #brunchparty #brunchgoals #rnb #90s #90srnb #instafood #party #music #femaledj #love #londonfood #monday #redrooster #shoreditch #londonbrunch #chicken #foodporn #instafood #september #autumn #summer

Millie Cotton @millie_cotton
Millie Cotton wears many hats; content creator, podcast host and DJ. Her love of both fashion and music led to her DJing for Levi’s, Pandora and Nike, as well as at prominent East London venues such as The Queen of Hoxton and Concrete. She’s an ambassador for women being their own boss as she’s not signed to an agency, and also regularly discusses important female topics, such as periods and contraception, on her podcast Keeping It Candid.

Maya Jama @mayajama
This all-round powerhouse has conquered fashion by launching a line with Pretty Little Thing, modelling on multiple magazine front pages, TV presenting by featuring as a guest panellist on Loose Women and shows such as True Love or True Lies on MTV. After a brief radio gig on RinseFM, Maya now hosts a BBC Radio 1 show on Fridays and Saturdays. As well as killing it with a prime time weekend show, you can find live DJing at parties and events. We love her behind the scenes Instagram stories, showing what she gets up to in the studi when the songs are playing (expect some wild dance moves).

Bittersweet @bittersweetdjs
Ashley James and Charlotte De Carle are the dynamic duo that DJ under the name Bittersweet. Both girls started as presenters, each having shows on Hoxton Radio, and while living together decided to join forces and DJ. They’ve had great success and have played for brands such as Coca Cola, Rimmel and French Connection. Ashley also launched a slogan t-shirt line based on female empowerment, so you’ll often see both girls wearing tees emblazoned with positive quotes like “Who Runs The World” and “Self Love Club”.

Jordss
Jordss is a 26-year-old DJ from London who is getting women noticed with her ironically named database Girls Can’t DJ.

This is an online platform for female DJs with two purposes: firstly to create an accessible database of female talent for promoters and festival bookers and secondly to form a community for females DJs to share stories and experiences.

Hanging out my asssss djing at @nike all day ????

“I think sisterhood is so important and is one of the main reasons I started GCDJ is to create a community and support network – power in numbers and all that!” she says.

Self-confessed “music head” Jordss stumbled into DJing after growing up making mixtapes for friends and family. After being donated some decks (a “proper old-school Gemini CDM 4000”) by a friend she learnt the fundamentals and began burning CDs and learning to blend tracks.

You will now find Jordss taking over the decks at top venues around London, such as Nike Town, Shabba and West London Social Club, as well as hosting radio shows on Balamii and Reprezent. Playing tracks from all genres, but with a love of R’n’B edits, she says “as long I like a song I will play it.” Her Actin Kinda Shady edit (find it on her Soundcloud) is a guaranteed party-starter.

Find the full interview with Jordss in the BossBabe issue of our print magazine – out now!