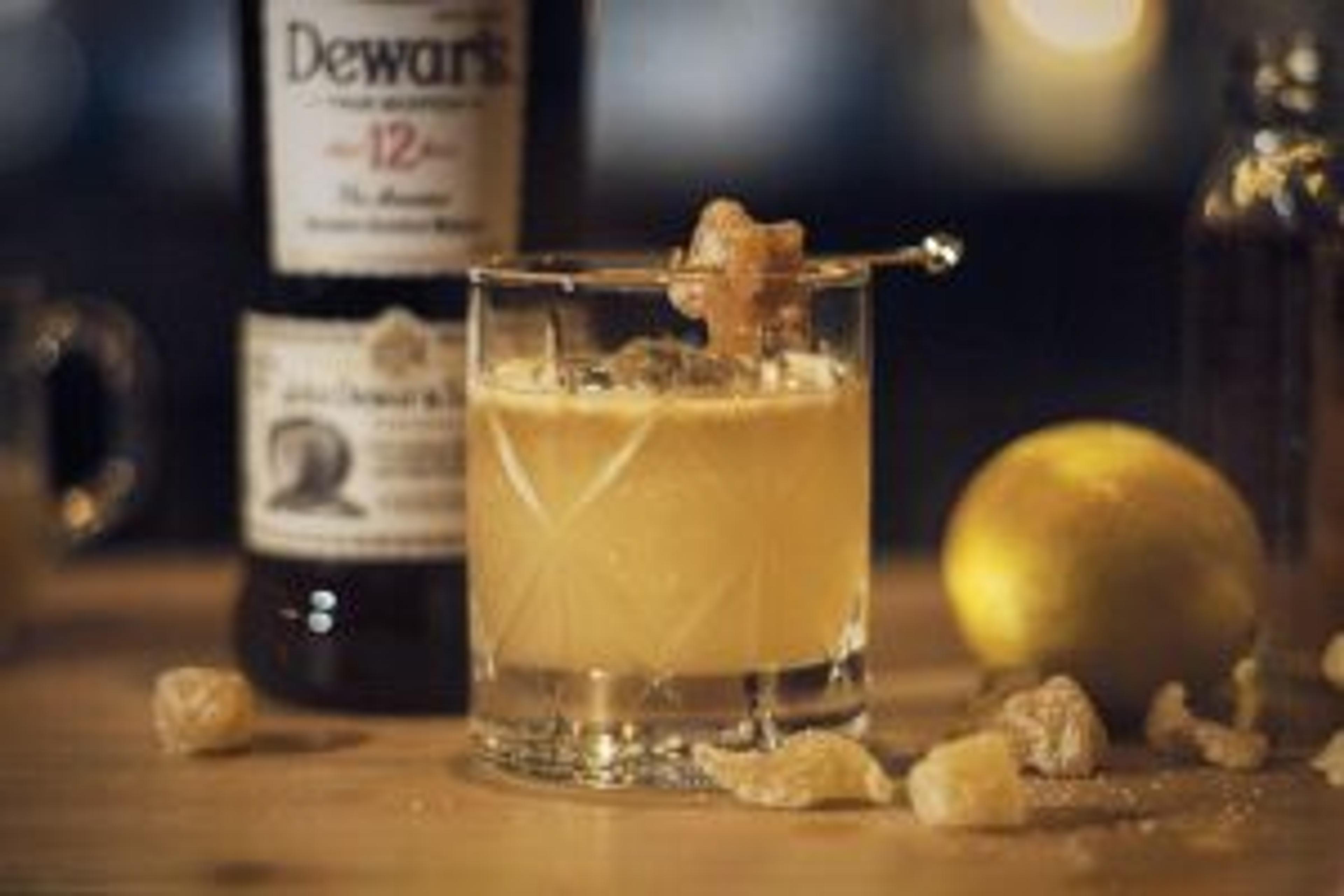 This Christmas the tipple on everyone's lips is whisky - gone are old-fashioned views of a dusty bottle in your grandad's drinks cabinet and hello to intriguing cocktails.

This Christmas the tipple on everyone’s lips is whisky – gone are old-fashioned views of a dusty bottle in your grandad’s drinks cabinet and hello to intriguing cocktails. To learn more about the world of whisky we caught up with one of the industry’s Girl Bosses Georgie Bell, Global Malts Ambassador for John Dewar and Sons.

HOC: Hey, Georgie. Okay, talk to us about whisky. To us, this brings up visions of crystal decanters, boys clubs or a cheap bottle in the supermarket for your granddads birthday. What does whisky mean to you?

Georgie Bell: Whisky is my life and my main passion – it’s huge for me! Sure it used to have the ‘boys club’ stereotype but I feel this is slowly diminishing. Whisky for me is companionship – a dram of Scotch can bring together old friends and new, loved ones and colleagues. When I haven’t seen my friends in a while we’ll have a whisky together, and toast the occasion. Whisky is male and female, old and young, straight and in a cocktail.

HOC: Why do you think it has such a fusty preconception?

GB: This perception was mainly built up through advertising in the 1960s and 70s, but this has changed, significantly. Gone are the days where it’s ‘beer for the lad, white wine for the lass’ – there are no gender boarders when it comes to drinks (like there shouldn’t be for anything, for that matter). 8 years ago, before I got to actually know and understand what whisky is, I believed it was my dad’s drink; but then I learnt about the history and the role women have had to play since the very beginning, I was taught how to drink it – for this doesn’t necessarily have to be straight up, and the more I read, the more I tried, I just got it.

HOC: How would you recommend readers, especially female readers give whisky a good go. What’s your recommended gateway whisky cocktail?

GB: Go to your favourite bar, and ask the bartender to make you a Dewar’s 12 Penicillin. This is a shaken cocktail with Dewar’s 12, lemon juice and honey syrup, based on a whisky sour, and in my opinion, it’s delicious. This could be the drink that turns you!

HOC: Whisky and winter seem like a match made in heaven – whats your top pick for a warming whisky this festive season?

GB: For me, winter is Aberfeldy 18 with a square of dark chocolate on the side – or, if you’re feeling particularly festive, a mince pie. Add a touch of water to the whisky to open it up and bring out the sweetness. The whisky is full of rich fruit notes, salted caramel, vanilla cream and spices – it’s festivities in a glass.

HOC: Something that definitely appeals about whisky is the rich history and romantic notions of a distillery in the depths of Scotland. What’s your favourite whisky origin story?

GB: Aberfeldy distillery was set up by the Dewar’s brothers – Tommy and John Alexander – in 1898. They’d taken over their fathers business 18 years prior and grew it from just a Scottish drink to one savoured across the world – Tommy even set sail for 2 years around the world growing Dewar’s and introducing it to new drinkers as far as China and beyond. They were so successful in their endeavours they opened the distillery to do their father proud and grow the business. I love this story for the family angle and commitment to their father’s legacy.

HOC: We write a series called ‘Girl Bosses of Great Britain’ championing female business women, especially those in male dominated fields. How have you experienced working in a male dominated arena, are there many girls like you in the business?

GB: Women have always been a part of the whisky industry – from Helen and Elizabeth Cumming who founded Cardhu distillery to Bessie Williams, a famous past distillery manager at Laphroaig. Stephanie MacLeod is our master blender, and she’s one of several female blenders in the industry. From a brand ambassador perspective there are a few of us on planes, sharing the joy of whisky to the world. Sure I’ve had more than a few backlashes (‘do you really drink it?’ ‘was it just a marketing ploy to hire you, a female?’ ) and some overtly sexist remarks, but each time I take the comment with empathy due to misunderstanding of the industry, and often pull out a silver bullet of information to shut it down.

Overall, whisky is an all-encompassing, very friendly and welcoming industry and those involved are happy to see it progress just like other industries. It’s not about whether you’re male or female, rather it’s if you have true passion for it.

HOC: In a nutshell, how did you get to where you are today in your career?

GB: Hard work, dedication, putting myself out there, and a lot of study. When I graduated I knew I wanted a job in whisky, but there was no caved career path – so I did a second degree in distilling (bio chemistry and chemical engineering) to prove to myself, and to others, that I was serious in wanting to pursue it. Along the way I’ve had a lot of support from my friends and loved ones, and have generally just been a nice person, open to opportunity and conversation.

HOC: What’s your new year’s intention (we think that sounds more positive than a resolution!) for 2018?

GB: For personal learning, in 2018 I’d like to learn more about Irish and American Whiskey, and also spend a week working at Craigellachie, one of our distilleries in Speyside. That, and as much travel personally and professionally as possible – I love exploring the world.

HOC: Where can we go to find out more about whisky (especially female readers) and the Bacardi range?

GB: Check out our Instagram page @Dewars and website dewars.com for our whiskies and drink-spiration. If you want to read more I’d also suggest going to scotchwhisky.com for category information. And finally – just go into your local whisky/cocktail bar and speak to the bartenders!