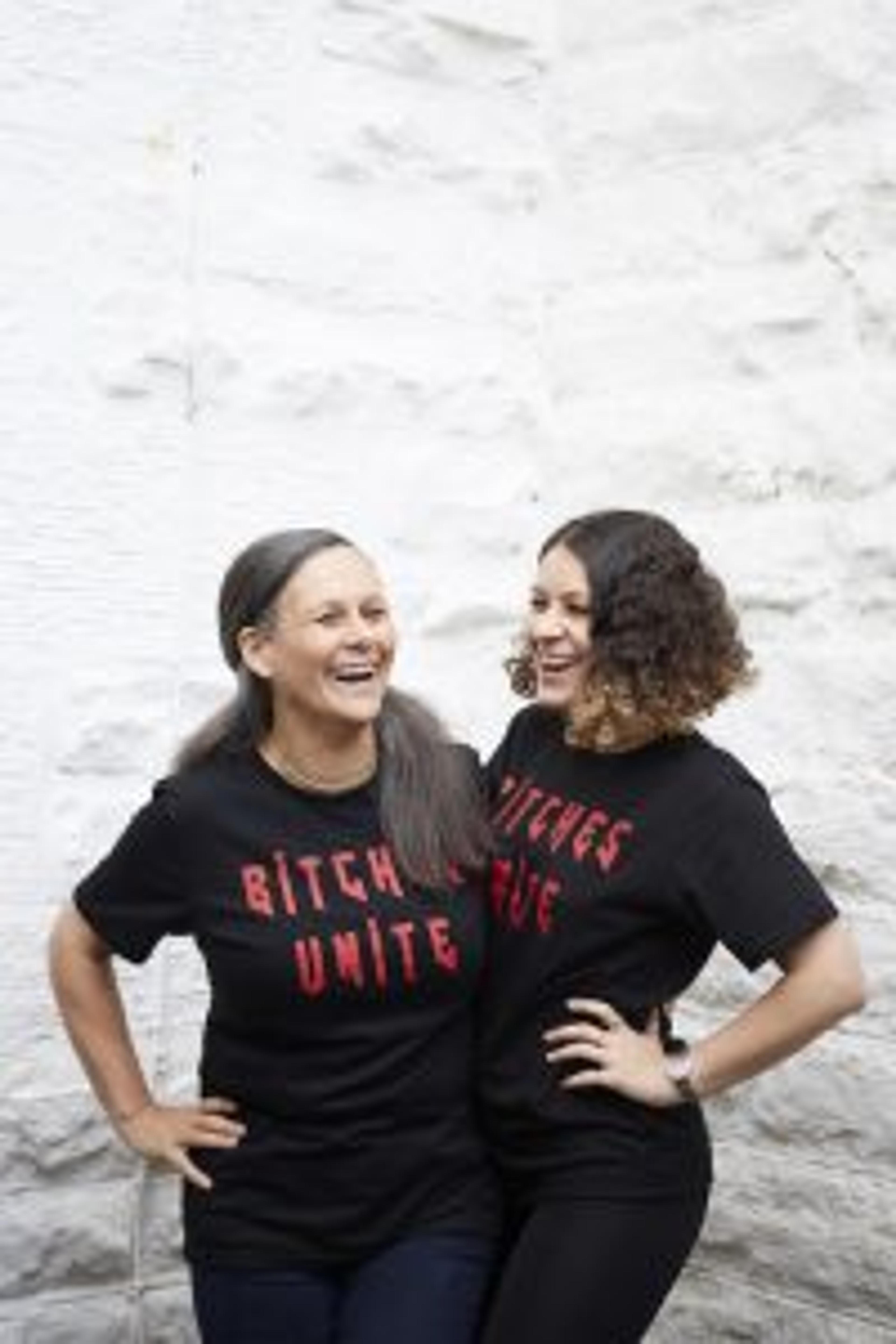 After a short hiatus we’re back exploring some of the most interesting and innovative creative female minds behind business in Great Britain and beyond – but we do like this hashtag!

This #TeamCoco writer is always on the quest for a great scent and struggles with the highstreet’s obsessions with florals, ‘feminine’ fragrances to help you woo the man of your dreams or do a sexy bank heist with (apparently there’s not much call for scents that do much else?). But if, like me, you just want to smell like the man of your dreams in unisex fragrances that make you go ‘ugh’ appreciatively (that could of course, just be my reaction) you can find yourself taking punts on pricey brands, not knowing the story behind them.

Enter, the evocatively named REEK (www.reekperfume.com) a new perfume brand hailing from Edinburgh here to unite the bitch or witch within you with the rest of your tribe, through perfumes that celebrate unapologetic women. We spoke to founder Sara Sheridan to find out more…

HOC: The choice of the name REEK, is curious but I like it. Can you talk us through why you chose this as a brand name?

Sara: It was always REEK because it’s contentious – a challenge from the start. And also slightly funny. We like to make our customers laugh – laughter gives you confidence. I had a couple of American customers turn up at the office (in my flat) a couple of days ago. We don’t sell in the US yet – we have a waitlist. Anyway, they were here and they decided to seek us out to buy some perfume. And they sat on the sofa opposite my desk and just rocked with laughter. Laughter is also a kind of rebellion.

HOC: Tell us a little about the team behind Reek and (award-winning perfumer) Sarah McCartney’s role in the creation?

Sara: The core team is just me and my co-founder and daughter, Molly. That’s us. Often people look at the site and think we are some big corporation but no. It’s Molly and I around the kitchen table. We work with some brilliant people – Sarah McCartney who is an award-winning independent perfumer mixes for us. We send her a brief and tell her what we’re thinking and then drive her nuts with our demands! She is the most amazing nose. Many perfume companies don’t spotlight their perfumers and it’s a hugely sexist industry with very few women mixing. So we celebrate Sarah’s talent. I think that’s important.

We also have some amazing photographers on board – Stew Bryden just shot a new campaign for us and Bethany Grace shot a lot of our earlier photos. We rely on their talent and their eye – they work very closely with Molly, who is REEK’s art director as well as other things. Then there’s Baz at Too Galluswho helps us with our website – he also has an amazing eye and gives us sterling advice on all the Web Mysteries. We open cast our shoots and some of our models go on to be brand ambassadors (or spritz bitches) at events.

We also welcome activists and other creatives into the fold via our blog, Bitches Unite, which we set up to be a forum for feminist/equality voices from across the movement. We’re collaborative. And lastly we have testings, occasionally, for new products where we invite a bunch of people in and ask them what they think. We’re big into listening – we’ve had amazing feedback that’s helped us with our branding. Those non-involved eyes are very important and really generous of people to pitch in (though we do give them cocktails).

HOC: We hear a lot of brands speak about being cruelty free, could you break that down for us – what does that mean, how is the term qualified?

Sara: There’s a lot of confusion about cruelty free. In the EU it is illegal to test beauty products on animals. Nobody does it. But many large companies just constitute themselves so they have an EU corporation and a non-EU one and basically they hive off the animal testing to where it’s legal. If you want to sell in China, for example, animal testing is mandatory – and that’s a huge market. Just to be clear- you can’t sell your product in China if it hasn’t been tested on animals. Big companies who do this need to be called out more. They are just playing both systems and not standing up for anything! At REEKwe’re cruelty free (just like everyone selling in Europe) but we also don’t use animal products in our perfume so vegans can spritz just like all the other bitches.

HOC: The refusal to photoshop your models is commendable, what does that mean for you?

Sara: REEK was set up specifically to challenge beauty industry norms. Molly is a professional make-up artist and through her I kept meeting models who were being so photoshopped that they sometimes didn’t even recognise themselves when the pictures came out. Our media is tough on women’s bodies and we need to fight back against that – it’s relentless, all those images of what is supposed to be perfection. There’s no love like self-love – it’s the most creative thing and we need to boost women’s confidence, not erode it with impossible-to-achieve imagery.

At the beginning we were told we’d never be able to create a decent campaign without photoshopping. We said ‘our bitches are perfect just as they are. We photoshop the bottles. That’s it!’ When our first campaign came out it had a mixed response. We had people coming back on social media and they hated it. But then other people got it and loved it. REEK is a marmite brand – it’s stayed that way. And I think, slowly, we’re showing you can have great pictures using 80 year old grannies and 17 year old skinny bitches and everything in between.

Sara: Well, yes. Kinda. Vonny Moyes wrote a great piece which is up on our blog about reclaiming the word ‘bitch’. We need more words for ourselves. I’m a writer, so words are important to me and I really believe that. If someone tries to insult you, claim those words. But also there is a historical context to the bitches – the Damn Rebel Bitches were the Jacobite women – so slurred by the Duke of Cumberland who hated them because they wouldn’t give up. They lost their cause and are largely unmemorialised but they were hugely influential. In 1746 the year after the Jacobites lost the Battle of Culloden there was a call for the first women MPs at Westminster. That battle took over 170 years to win but we got there. And it was the Jacobite women who started it because when they came up in court for their part in the rebellion they paid their own fines.

They were Scottish and were subject to a different legal system – these women could own property. In England that wasn’t possible. English women were outraged – and immediately they for representation – female MPs. So go the Jacobite ladies showed something was possible and inspired their sisters to demand it. Also they were total firecrackers. Lady Nithsdale, my favourite, broke her husband out of the Tower of London by dressing him in drag. What. A. Legend.

HOC: Are your fragrances for women only? (contentious point maybe!) should perfumes be gendered?

Sara: Imagine gendering a smell. I mean – just imagine. How is that even possible? Perfume is such a personal choice – a smell that means nothing much to me will remind somebody else of their childhood and be the most comforting thing in the world. We find different smells sexy – definitely – and different smells delicious. REEK’s perfumes are literally gender fluids. Imagine if we discriminated. No. No. No. All the smelly bitches are welcome! All of them.

HOC: What are your plans for REEK? Other products? Points of sale? More than just perfume…?

Sara: We are just chatting to our first stockists and setting up those deals, slowly, slowly. We’re new to everything so we are steady as we go. But our first stockist (which will be announced soon) isn’t in the UK, so that’s exciting! We are also developing a concept for perfume number 3 which we’re hoping to bring out in 2019, so keep your eyes peeled. And yes, we’d like to make some other products – we’ve been investigating that. What we’ve found so far is that if we add just one product to the range (even something that’s merchandise like our Bitches Unite badges or Tshirts) it changes the way the whole collection works. So we need to bring things on bit by bit and see how customers like it. We make very small runs which is slightly more expensive but it allows us flexibility. We’re learning as we go.

HOC: Finally, what is your vision of the ideal Reek customer?

Sara: Well you seem very nice. I think you’re probably one. And you. And you. Seriously, we don’t have a demographic in terms of age or background – it’s more about a state of mind. Our stuff appeals to people who are independent minded and into equality and they’re easy to spot. They smile when they hear our story and they just know they want some straight away.

To find out if you are more Bitch or Witch why not treat yourself to the sample size perfumes from www.reekperfume.com – they’re only £15 incl postage in the UK. Then let us know what side you’re on. Me? I can’t decide so let’s call me a witchy bitch.