Hard Rock Hotel: The Perfect Complement to a Foodie Holiday in San Diego

San Diego, California is the city of amazing sunsets, iconic beaches and great food. Our House of Coco team, Omo and Eulanda, paid a visit to the city to experience its diverse and rich food culture. A memorable VIP experience at Hard Rock Hotel San Diego added a musical flavour to an epic foodie holiday.

It’s All Good in California!

Images of California’s stunning Pacific Coast always evoke feelings of nostalgia for us.

A few years earlier, we had spent two weeks on a road trip through the state, hugging the Pacific Coast Highway and heading north from San Diego to San Francisco.

With miles of iconic beaches, fantastic restaurants, museums, architecture, diverse wildlife, and romantic wine regions, by the end of that trip we agreed with Tupac Shakur who famously rapped the words, “It’s all good, from Diego to the Bay.”

Recently we had another opportunity to experience California’s charm with a trip to San Diego. This time, we wanted a more intimate experience of the city’s food culture and made plans to explore famous food districts including the Gaslamp Quarter, with its Victorian architecture, and the equally historic Little Italy.

For our visit, we wanted a hotel with close proximity to key locations. We also wanted a hotel that had enough character to leave an indelible impression of the city on us. Hard Rock Hotel San Diego, located downtown and right on the edge of the Gaslamp Quarter seemed an ideal fit.

Our previous experience with the Hard Rock brand was limited to cafes and bars spread across many cities. Therefore we expected a similar theme at the hotel. However, as we walked into the lobby of Hard Rock Hotel San Diego, our first impression was that this was a unique incarnation of the brand.

Check-in formalities concluded quickly, we made our way to our tenth-floor room, taking in the stylish and modern interior décor along the way. With rock music memorabilia being a characteristic feature of the Hard Rock brand, a giant Amalie R. Rothschild photo of Tina Turner and Janis Joplin from their 1969 performance at a Rolling Stones concert caught our attention.

The room colours and furnishings gave us the feeling of being in a cosy music studio. Visitors on holiday to San Diego looking for something unusual and vibrant will find this boutique hotel an interesting option. Business travellers, however, may wish to request a room configuration with a proper work desk and chair.

Jet-lagged but excited, we looked forward to a good night’s rest in the comfortable king sized bed with monogrammed-guitar pillows and an opportunity to explore San Diego over the following days.

Creating Our Own Hard Rock Experience

Parting the curtains the next morning revealed a glorious California sunrise above Petco baseball park, home of the San Diego Padres, across the road. Words from the song California Dreamin’ (The Mamas and The Papas, 1966) echoed from our Spotify playlist as we prepared to head downstairs to Mary Jane’s Diner for breakfast.

It was the end of autumn but being San Diego, the year-round temperate weather was good enough for t-shirts and sunglasses. Before we headed out for our walking food tour with Bite San Diego, we met up with Reggie Garcia, the on-duty ‘Rock Royalty Host’ for a quick chat.

Reggie, an affable chap is the kind of person whose genuine warmth immediately puts you at ease. He welcomed us to the VIP lounge and within minutes we were strumming on an electric guitar and talking about everything from rum to where to get the best sushi burritos in Little Italy.

He explained to us that every Hard Rock Hotel is run as a separate entity. This independence leaves room for each property to innovate and develop its own unique character while maintaining the core ethos of the Hard Rock brand.

Innovators spot the next trend earlier than others. Identifying the resurgence of vinyl, Hard Rock Hotel San Diego have introduced portable record players which allow guests to create their own unique Hard Rock music experience in the comfort of their rooms.

Being Hard Rock, they had an impressive record collection including classics from The Eagles, Fleetwood Mac, The Who, Ella Fitzgerald and Etta James. Reggie assured us that he would save our top picks for us to enjoy after we got back from our tour.

Eating Our Way Across San Diego

Some locals call the city ‘Convention Central’ because of the number of high profile conferences and events the city hosts. Perhaps as a direct result of the influx of visitors, San Diego’s food scene has matured very quickly, providing a mind-numbing array of options.

We hooked up with Bite San Diego and a small tour group for a walking food tour of the downtown area. The tour began with an Indian meal and ended up three hours later at a family run Italian restaurant that served the most delicious desserts.

Later that night, we sampled the city’s finer dining options by having dinner at Nobu, an Asian fusion restaurant famous for Chef Nobu Matsuhisa’s signature Black Cod with Miso and Yellowtail Jalapeno.

On the recommendation of our waiter, we ordered an espresso with a shot of liqueur and an Ojii San (grapefruit-elderflower with white rum lychee) which helped keep our jet-lag at bay. Being sat close enough to the kitchen and the sushi bar also helped as we felt energised by simply watching the chefs perform their magic. The three-course meal was a journey of textures, flavours, aromas and colours worthy of a multicultural city like San Diego.

People often travel to escape the monotony of the cities they live in. San Diego however, with its laid-back vibe, beaches, unexaggerated Californian sunsets and incredible food scene is the type of city that provides a true escape.

The next day we visited Balboa Park, the largest urban parkland in the USA featuring over a dozen museums and a number of gardens. With numerous walking and cycling paths, it is a great place to feel the pulse of the city.

Across from the Hard Rock Hotel (and through the San Diego Convention Centre) is Seaport Village, a commercial area with restaurants and great views of San Diego Bay. We spent some time window shopping and watching street entertainers, skateboarders and sailboats.

The highlight of the day, however, was a couple’s massage followed by a steam room session at the hotel spa. Eucalyptus oils seeped into our skins, relaxing our tired muscles as we sipped herbal teas after our treatment.

Earlier on, we had picked up the record player and a selection of records from Reggie. We spent the rest of the evening polishing off a 2014 bottle of Hogue Cellars Cabernet Sauvignon and paying tribute to the legends who performed some of the most iconic songs in recent history.

Music always elevates the soul, and this rare opportunity to immerse ourselves in it was the perfect Hard Rock compliment to a lovely holiday. 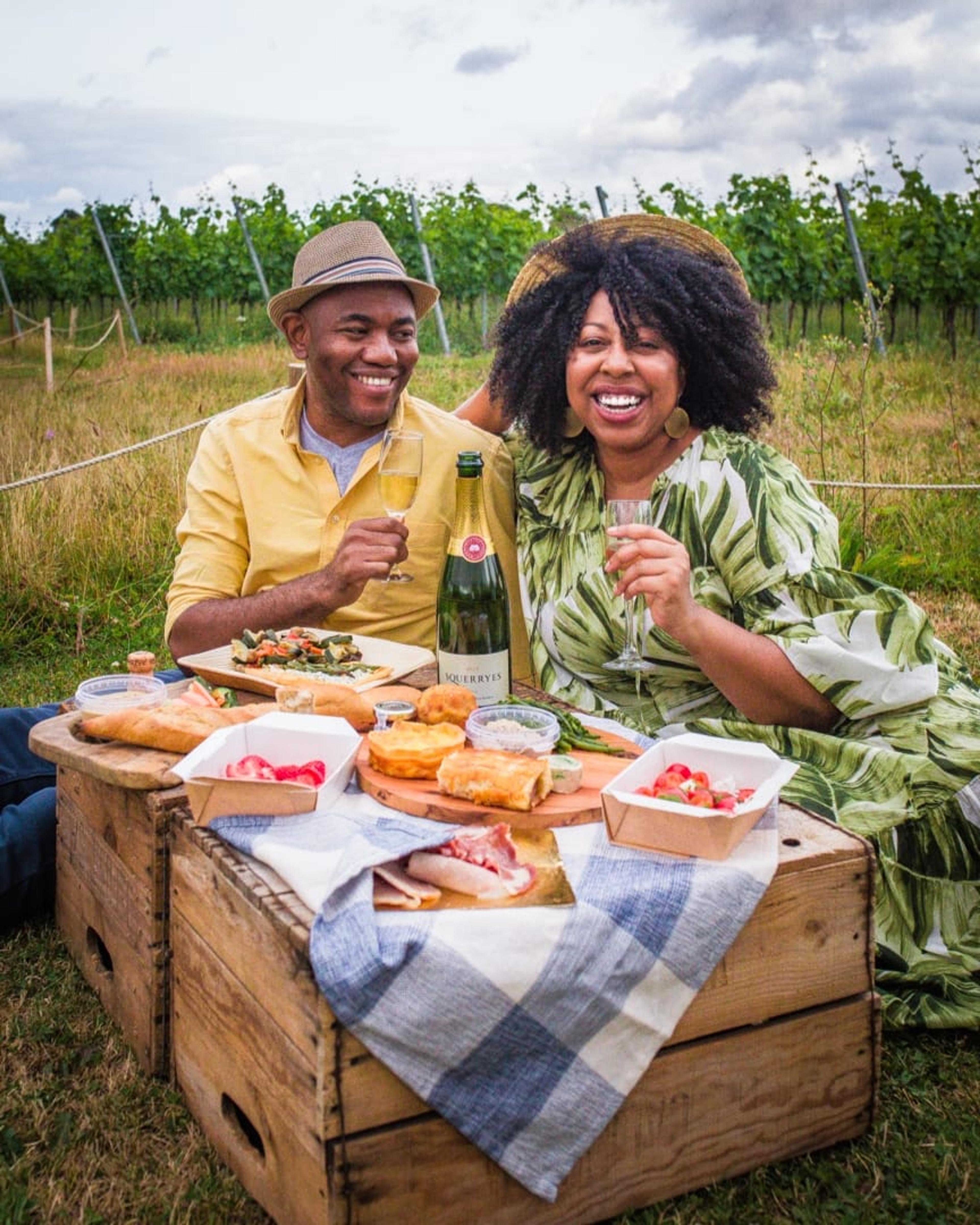