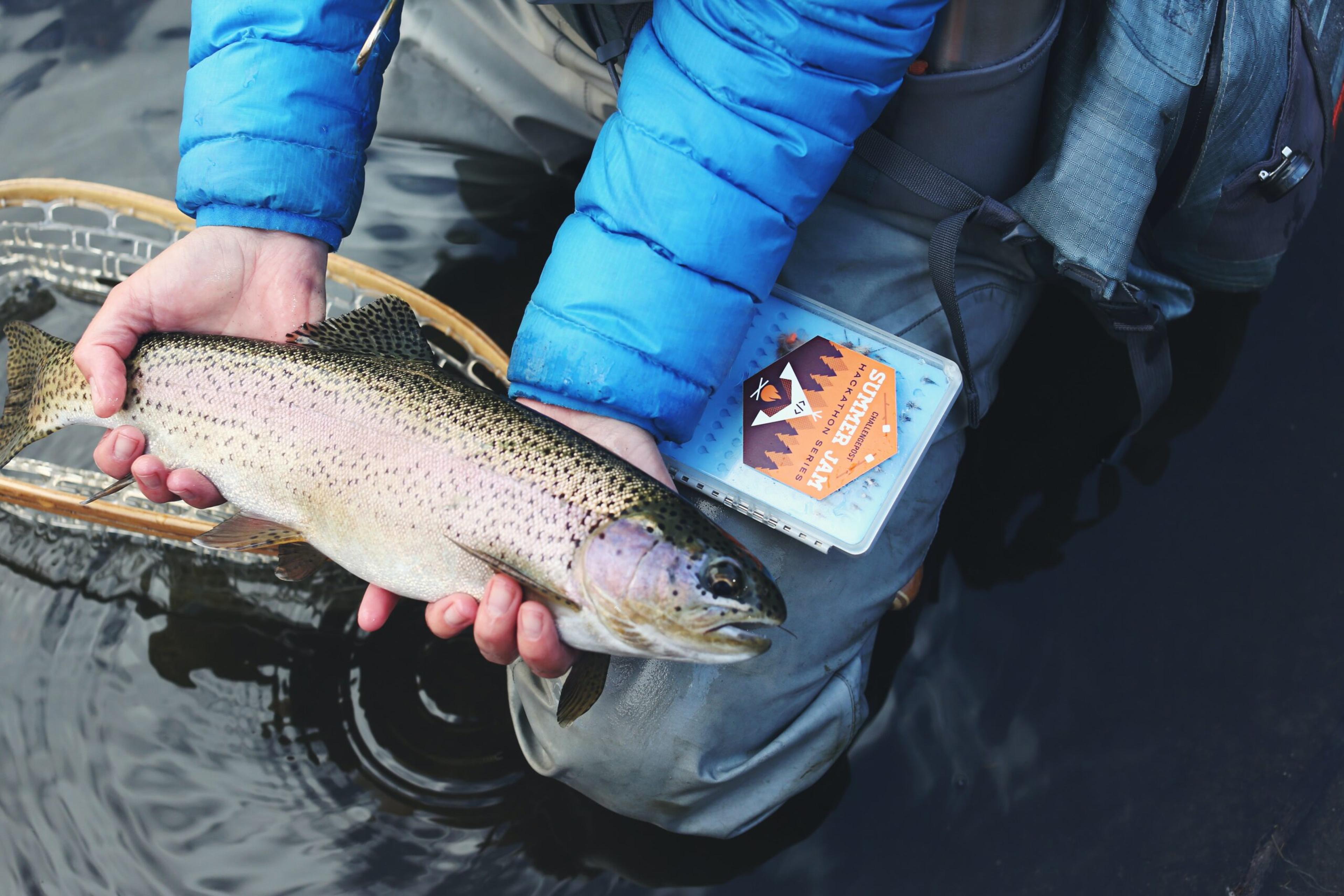 How Deep Should You Fish for Walleye in Winter?

Spring and fall may be the best times of the year to fish for walleye, but winter might just give you the most fulfilling experience of all.

Spring and fall may be the best times of the year to fish for walleye, but winter might just give you the most fulfilling experience of all. After all, ice anglers love the challenge of fishing during the colder months. It brings the element of depth movement into the forefront more than ever, making winter excursions all the more interesting.

Today, we’ll go over the depth movement of walleye during wintertime and how deep to fish for them during particular times in winter. So, don’t just prepare a high-quality reel for walleye fishing, take note of these tips too, so you don’t come back empty-handed from your ice fishing adventure.

How does the depth movement of walleye throughout the winter season compare to its movement over a winter day? Let’s take a look.

Movement Over the Entire Winter Season

Walleye venture no deeper than eight feet during the early part of winter since their prey stick to this depth or go shallower when feeding. Their diet almost solely consists of small fish, such as minnows, shiners, and perches, at this time. This tiny fish rarely goes beyond the four to eight feet depth range to feed during early winter.

As the temperature drops further, walleye seek refuge in deeper water. Around mid-winter, you can find this fish at a depth of 30 to 40 feet. It also likes to hold in parts close to shallow structures, such as fairly shallow mudflats and underwater hills. Walleye want to be in the striking range of baitfish that frequent these areas, as well.

As spring approaches, walleye leave deep water and move into shallow regions to deposit their eggs. Spawning areas are usually at a depth of 10 to 20 feet.

Movement Over the Day

Walleye can typically be found in basins 30 to 40 feet deep during winter midday. As sunset approaches, it swims to shallower areas that are 10 to 25 feet in depth to prey on small fish. This is where it remains overnight before it moves to deeper water again after sunrise.

Walleye have incredibly keen eyesight, which makes them great night hunters. This also makes them favor overcast conditions over clear, sunny days. That said, it’s not uncommon for this fish to move to shallower water on cloudy days even when the sun isn’t close to setting.

So, if the skies are overcast, you might find walleye holding in shallower water vs. the deeper basins they usually frequent on a sunny winter day. On the other hand, if the skies are clear and there’s not a rain cloud in sight, walleye might not start moving to shallow water until dusk.

How Deep To Fish for Walleye in Winter

The depth at which you fish for walleye during winter varies depending on the time of winter. Combine this knowledge with a high-quality ice-fishing lure and you could get great results.

At this point, you rarely have to venture away from the shore since your prey is strictly patrolling depths of four to eight feet for their prey. Take your cue from the baitfish. Where there’s a lot of them in an area, there’s bound to be a good number of walleye, too. You can also check out the weeded regions since they provide cover for walleye to sneak up on unsuspecting prey.

If you’re fishing on a clear sunny day, don’t expect to find walleye in areas shallower than 30 feet until dusk. This fish only ventures into shallower regions to feed after the sun sets. On the other hand, you can expect it in these parts much earlier during an overcast day.

Some great spots to find walleye in deep water during day time is near a drop-off. These areas are usually where this fish loves to hunt at dusk since it provides the cover for a sneak attack.

This is when walleye tend to stick to shallow waters 10 to 20 feet deep because these depths are ideal for spawning. If you plan to fish for walleye at this time, make sure to check confluences.

These are areas where rivers or streams meet lakes. They’re also prime hunting grounds for walleye about to deposit their eggs due to the large concentrations of baitfish that can be found in them.

Rising To the Challenge of Walleye Ice Fishing

To be honest, you will probably have an easier time fishing for walleye in spring or fall. These two seasons are when most of the factors that lead to efficient walleye hunting fall into place. You barely have to lift anything except the correct fishing gear when you fish during this time.

But what’s fishing without its challenges? Sometimes, it’s that added challenge of knowing how deep you need to fish to catch your prey during a particularly difficult time of the year that makes the venture all the more exciting. Plus, you learn and grow the most from it, too!