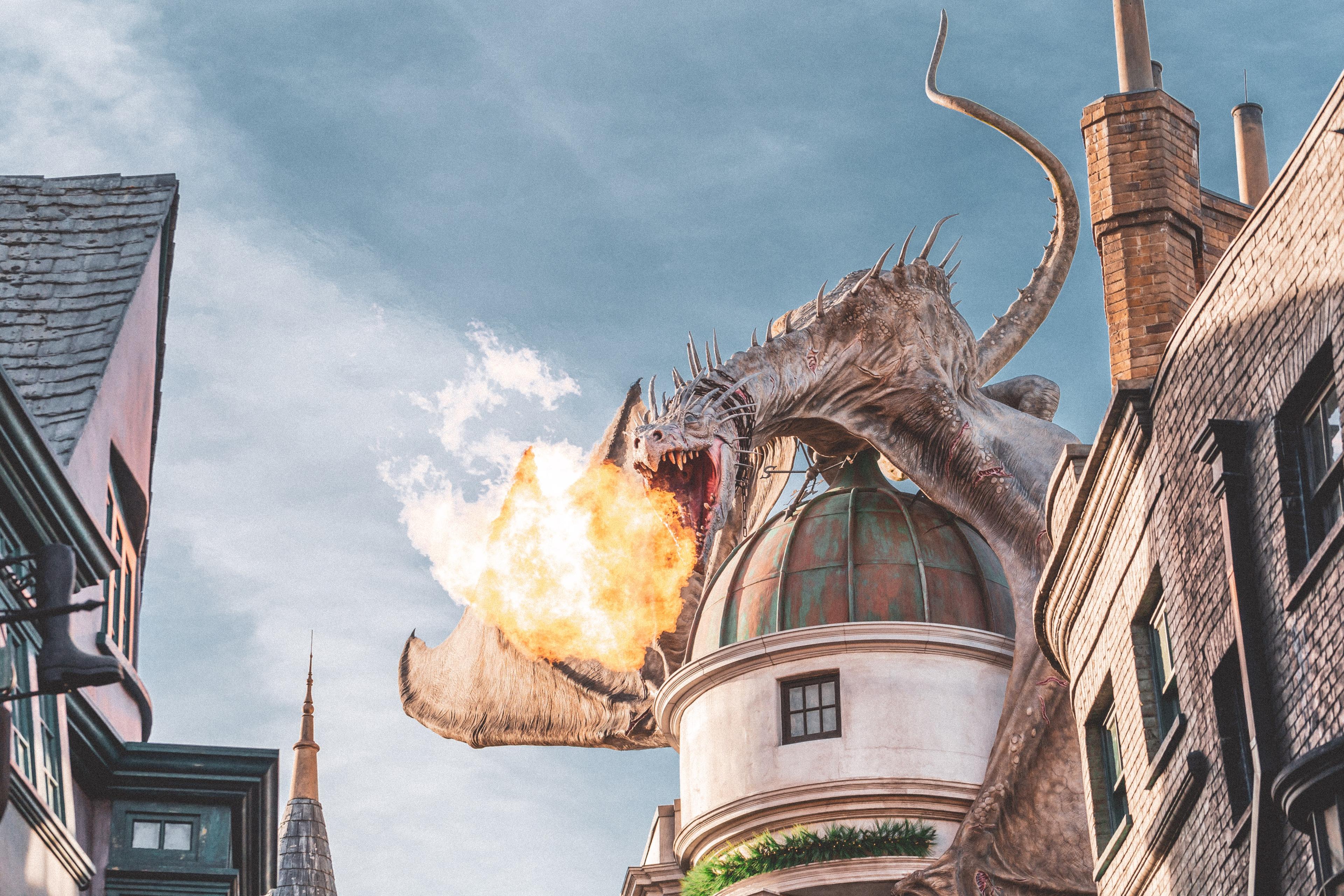 In distinct parts of the world, dragon paintings are truly applauded. Dragons are seen as a symbol of absolute power, strength, and good luck. Some Asian countries consider dragons extremely important.

There are dragon festivals in China and national holidays to embark on these special occasions. Such is the influence of dragons on art, culture, and society, which is why it's very important to highlight everything about dragon paintings.

Tap into this lucrative segment to know more about dragons. Reveal more about the symbolism of dragons and some famous dragon paintings.

What do Dragons Symbolise?

According to history, dragons were an imperial symbol of the Tang Dynasty. They were a key notation highlighting power, valiancy, excellence, determination, dignity, and divinity. It is believed to surpass all obstacles and welcome success in every way.

Dragons also represent high spirits, confidence, enthusiasm, intelligence, and determination. The rich Asian culture considers dragons to have great influence and control of water and typhoons. Traditionally they are regarded as a symbol of vigor and fortunate powers.

Unlike European and western influences, Dragons are representative of evil and demons. However, especially China and other Asian countries visualize dragons as breathing fires, a powerful symbol of having supernatural forces.

Saint Michael and The Dragon

In 1483, an artist of high Renaissance, Raffaello Sanzio da Urbino created this historical dragon painting, Saint Michael and The Dragon. Here, Saint Michael is seen with a burning background. The dragon, an emblem of martial expertise, and swords, embody evil and lying incapacitated beneath his feet.

In the background is a fortified city similar to the city of beasts, Urbino. Raphael represents the center of the stage with the grace of a ballet dancer. He is ready to chop off the dragon's head.

He is brandishing his traditional long sword. Objectified as fearless, he is shown wearing leather armor in a delicate but martia. On the contrary, the dragon seems to be dead. His tongue is out of its mouth, telling us about his defeat.

Nine Dragons are one of the very early paintings from the early civilizations. It was painted in 1244 by Chen Rong. The handscroll painting depicts the apparitions of dragons within clouds, mists, rocky mountains, and fires.

The depiction of dragons is associated with the nine sons of the Dragon King. The number nine itself is considered extremely auspicious in Chinese astrology and folk belief. The historical dragon painting is presently housed at the Museum of Fine Arts, Boston.

There are scattered drops of ink on the canvas, which are either flung or blown onto the surface. It seems as if it's similar to an action painting. There is a conscious evocation of rain or some rainmaking ritual by the artist.

It is a dramatic watercolor creation by William Blake, which unfolds a cosmic battle between the good and evil gods. Moreover, it illustrates passages that describe an enormously massive red dragon with seven heads, ten horns, and seven crowns on its head.

The dragon descends upon a woman clothed with the sun, the moon under her feet, and a crown of twelve stars on her head. However, the dragon embodies Satan. The goal is to seek revenge on the woman who gave birth to a follower of God.

The sun seems overwhelmed with the woman's figure and catches in the crescent sliver of the moon. Darkness and shadows fill the sky. The downside is a rising deluge invoked by the dragon. The intention is to engulf the woman who is the figure of hapless souls.

The remarkable canvas of Raphael narrates the triumph of good over evil. It is filled with sinewy drama and a bitter conflict of eternal struggle. Raphael was asked to paint a second rendition of the dragon painting free, completing the first one in 1515.

It was under commission by Pope Julius II in 1518. However, it remains controversial that this work of art was not completed by his hand. Rather, it was his favorite apprentice Giulio Romano who made it.

This fictional art reproduction of the triumphant scene is a remarkable artwork of the Italian High Renaissance. However, it is regarded as a truly modern achievement. From balance to style, everything is on point. Nonetheless, it doesn't matter who completed the details, and the painting resonates with everything under Raphael's influence.

Dragon paintings are easy to find and can be easily ordered online. They show dragons conquering as a symbol of power and virtues held high in Asian culture.