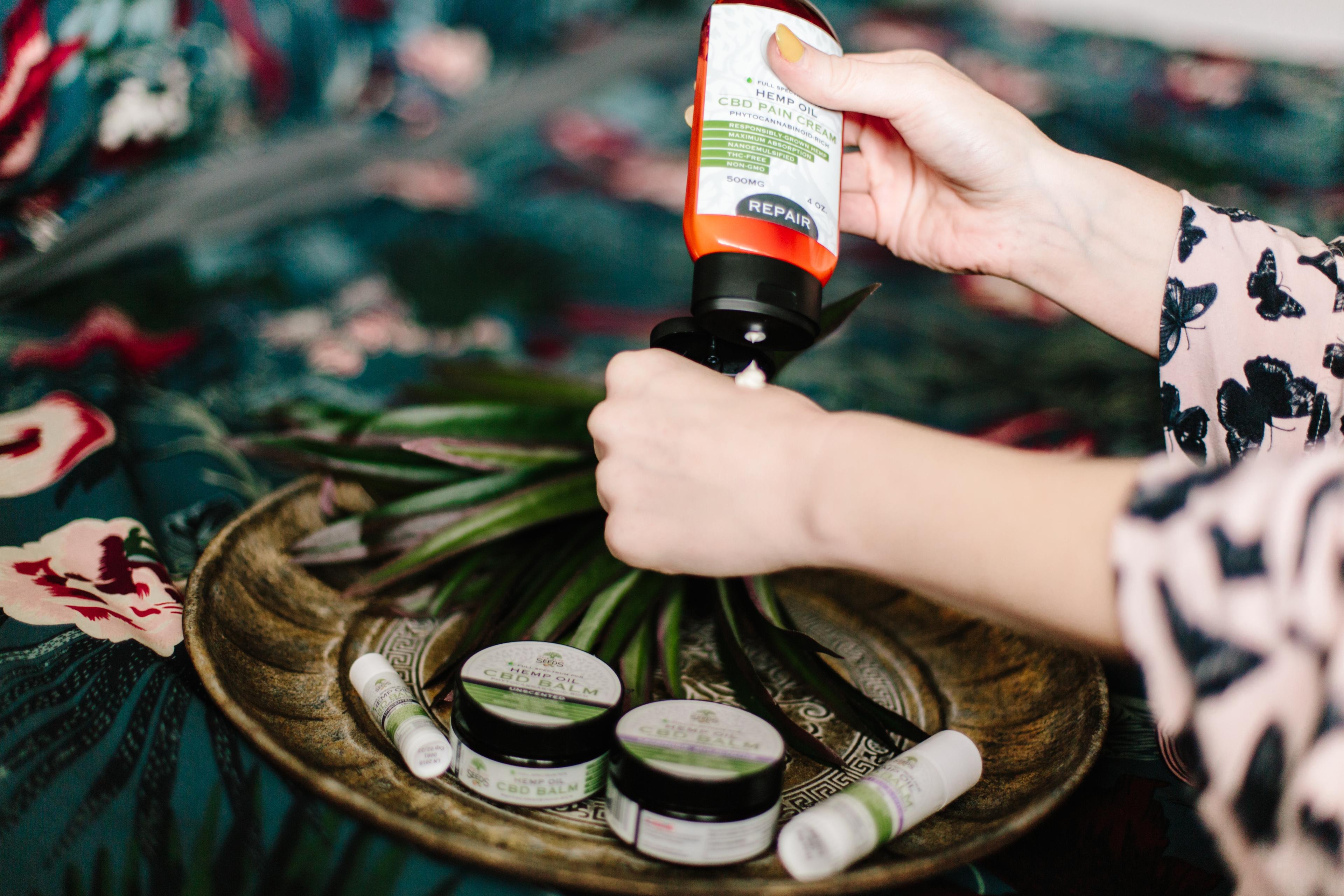 How To Use CBD For Anxiety?

Cannabidiol is a well known cannabinoid that has been researched intently. CBD binds to special cannabinoid receptors within the brain in order to produce a calming effect. While CBD does not get you ‘high’ like THC, it does offer a wide variety of health benefits including the reduction of anxiety levels and symptoms inherently.

Studies have suggested that CBD has numerous pharmacological effects on the body. Numerous researchers and scientists have stated that CBD also contains anti-inflammatory qualities. CBD works by blocking the enzymes that cause inflammation in the body.

The increasing legalization of medical cannabis within the United States has caused numerous scientists to conduct their own studies into the therapeutic benefits of using CBD and cannabis as a whole.

In fact, the National Institute of Mental Health has estimated that up to 19.1% of adults in the U.S. have experienced an anxiety disorder within the last year. It is also stated that women tend to experience more symptoms of anxiety than men.

There are numerous ways that you can reap the benefit of consuming CBD, and if you are looking to reduce your anxiety levels, then it is highly recommended that you purchase a CBD-infused beverage from Bimble.

What Does The Research Say?

According to a study conducted in 2015, CBD interacts directly with the cannabinoid type 1 receptor within the brain, as well as other receptors that help to regulate anxiety-induced symptoms and behaviors.

The authors of this review also established that there is both clinical and preclinical evidence to suggest that CBD is a highly effective treatment for a wide variety of anxiety disorders including:

Another study assessed the effect of CBD on 397 adults in New Zealand. These participants each received medical prescriptions for CBD due to numerous ailments, including cancer-related symptoms, mental health symptoms, and neurological conditions.It is important to note that all of these participating groups reported distinctive improvements in their quality of life after taking CBD for a period of three weeks. Those who received treatment for anxiety-related conditions reported marked improvements in their ability to carry out daily tasks and also stated that they experienced a reduction in their depression or anxiety symptoms.70% of participants reported that they were satisfied with their CBD treatment and only 9.9% reported experiencing any negative side effects including vivid dreams and sedation. It is crucial to note that less than 1% of participants reported that their symptoms have worsened after starting CBD treatment.

How Do I Use CBD?

As mentioned, numerous healthcare professionals and researchers have conducted studies into the benefits of using CBD to treat anxiety disorders. However, they have yet to establish a standard dose recommendation for a course of CBD therapy.

A study conducted in 2019 found that 300-600 mg of CBD drastically reduced symptoms of anxiety In 57 adult males. The dosage that a person receives in order to treat their anxiety is dependent on the product itself and how the CBD is administered. The administration method for CBD includes the following: - Edibles - Capsules - CBD Oil - Sublingual Spray - Vaporized Oil - Cannabis FlowersThe method of administration also determines how quickly the cannabinoids will begin to work. The impact of orally administered CBD through edibles, capsules, and oils will start to take place within 30 minutes to 2 hours. Whereas, smoking or vaping CBD will result in immediate effects on the body.As well as the aforementioned orally-administered methods of taking CBD, there are also numerous CBD-infused drinks that are gorgeous to taste as well as being filled with an abundance of CBD. If you would rather consume your daily dose of CBD by drinking it, then you should definitely consider purchasing CBD in the form of CBD-infused drinks that are widely available for purchase.

To conclude, CBD can be used to treat all anxiety-related conditions including generalized anxiety disorder, post-traumatic stress disorder, panic disorder, obsessive-compulsive disorder, and social anxiety disorder.The reason why CBD is so beneficial in treating anxiety disorders is that it has a calming effect on the brain and body without producing the high that comes from consuming THC. You can also consume CBD in a variety of ways including through edibles, capsules, CBD oil, sublingual spray, cannabis flowers, and vaporized oils. Arguably, the best way of consuming CBD is by purchasing a CBD-infused beverage like Bimble.