In which magazine were the short stories by Nabokov, Vonnegut and Updike published?

Did you know that short stories by Vladimir Nabokov, John Updike, Kurt Vonnegut and a lot of other prominent writers were published in Playboy? [...]

Home > Lifestyle > In which magazine were the short stories by Nabokov, Vonnegut and Updike published?

Did you know that short stories by Vladimir Nabokov, John Updike, Kurt Vonnegut and a lot of other prominent writers were published in Playboy? That’s right, this magazine is not only about displaying beautiful human bodies. A lot of impressive or even controversial short stories have been published in the magazine over the years. Perhaps, you have not covered this topic while studying at school but the readers of Playboy could enjoy reading well-written fiction and other intellectual articles as well.

In case your teacher has assigned you an academic writing task dealing with the section of fiction in Playboy, the first thing you need to mention that is that there has always been a literary editor who’s main task is to choose unconventional and impressive stories for the magazine. Besides, the assignment of researching the aspects of literary content in this magazine can be given to a student at college or university as well, so you need to find out more about it. Speaking about the story by Nabokov that was published in Playboy, the magazine got the rights to publish an extract from the unfinished novel called ‘The Original of Laura’. What is interesting about this novel is that Vladimir Nabokov wanted it to be destroyed.

What is particularly fascinating about Playboy is that this magazine is not only about printing pictures of beautiful people. There is a lot of intellectual content as well, including its literary section. In other words, if you want to read something interesting apart from looking at the pictures, Playboy offers a great combination of both. What is more, it has always been viewed as a pioneer magazine when it comes to printing the literary works of incredible and very talented writers. Quite often Playboy was the first who got the chance to publish a new story by such prominent writers as Haruki Murakami, Gabriel Garcia Marquez, Hunter S. Thompson, Margaret Atwood, Jorge Luis Borges and a lot of others. In addition to that, one can often stumble upon an interview with one of these writers in the magazine. Thus, one can easily say that the main goal of the team of editors at Playboy has always been to offer diverse content to its readers. They have always been working on incorporating different topics into each edition of the magazine even though its cover may not always indicate so.

If you are currently dealing with the topic of literary section in Playboy and are looking for assistance from a cheap essay writing service to help you with the accomplishment of the task, the option to but cheap essay sample seems like the most logical thing to do. There are lots of essays for sale. Yet, you should choose a reliable service instead of a cheap essay writing service to be provided with a top quality piece of writing.

In case a person has chosen homeschooling instead of being a part of the traditional schooling system, the variety of subjects one can cover is bigger (including a detailed research study of the literary section in Playboy magazine). Thus, one can easily acquire more knowledge in any field without the necessity to adhere to any requirements or to follow any academic curriculum. For instance, one can study pedagogy in detail and allocate less time on learning subjects one is not interested in. The more knowledge one has acquired in a certain field, the easier it will be to get a scholarship at a chosen college and avoid paying tuition. In case one decides to get an undergraduate degree and requires additional training for it, a lot of teaching courses and facilities are available.

24/10/2021
No talk of spirits around the globe strays far from the mention of 200-year old, best selling Scotch whisky brand Johnnie Walker. […] 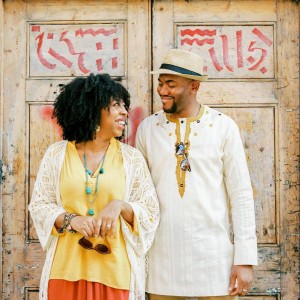 21/10/2021
If you’ve been following us at House of Coco for a while, you’ll know our founder Laura Bartlett is a Leeds girl who just loves her city. […]

21/10/2021
If you love your engagement ring, why not consider getting bridal sets that will excite you the same way? […]

One-Step Guide to Overcoming Your Fear of Flying

21/10/2021
Air travel has become an everyday experience for many people in the past few decades, and it’s safe to say that we’ve all had to overcome our fear of […]