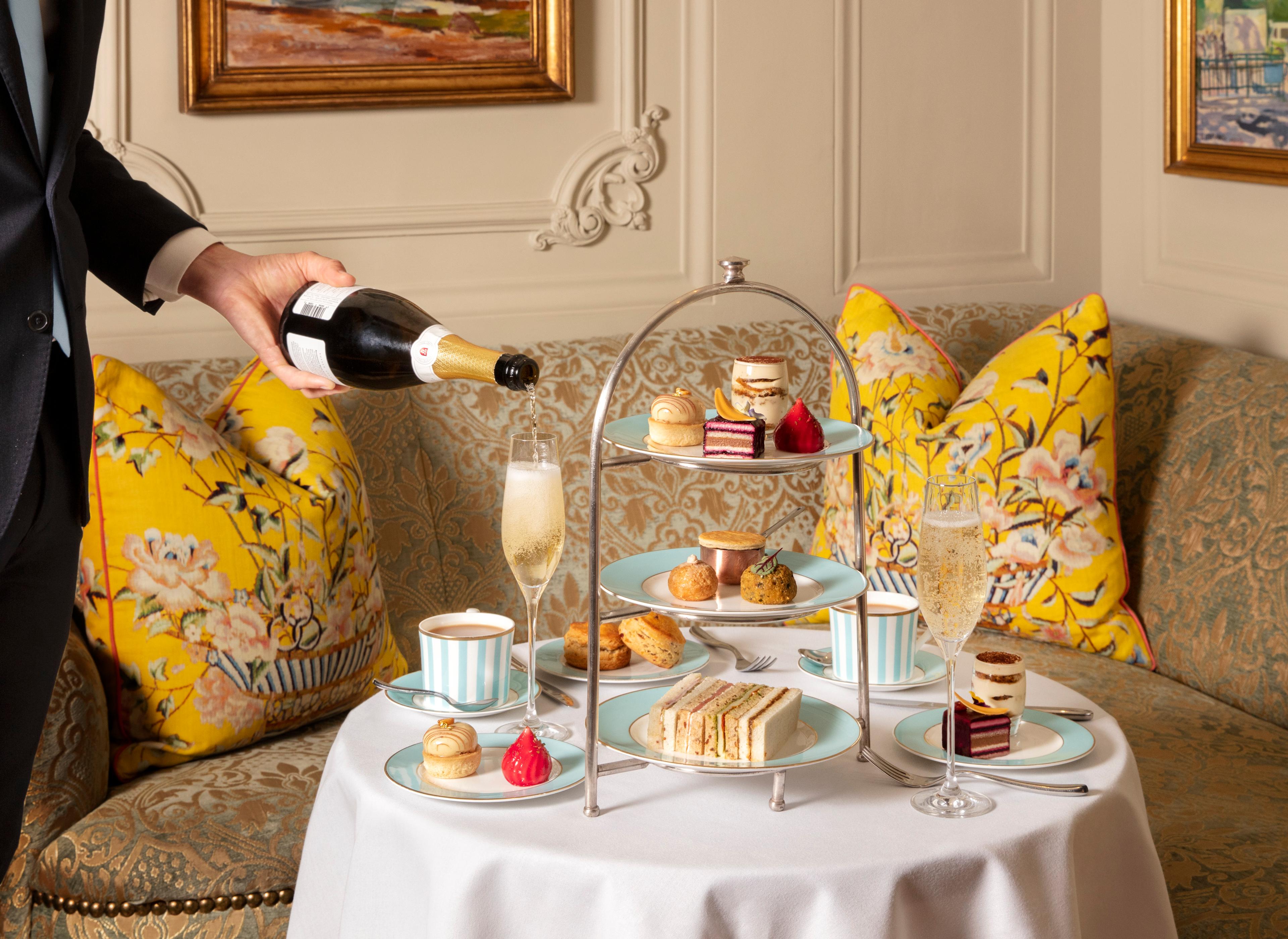 The bold and ambitious east-meets- west culinary inspired journey starts in London, transports you to Paris, whizzes you to Rome and carries you to Cairo

Phileas Fogg famously attempted to circumnavigate the world in 80 Days in Jules Verne’s literary classic. The Kensington Hotel has cleverly reimagined this challenge as an enchanting afternoon tea. The bold and ambitious east-meets- west culinary inspired journey starts in London, transports you to Paris, whizzes you to Rome and carries you to Cairo all within the charming drawing room of the stately 19th century building that it calls home.

The adventure begins as soon as you walk up to the grand, stucco-fronted townhouse, which is but a stone's throw away from iconic Kensington delights like The V&A, Natural History and Science Museum and Kensington Gardens. You’ll swoon at the Victorian splendor as the warm and attentive staff usher you through the foyer and bar into the utterly delightful drawing room that expertly straddles old school grandeur and modern sensibilities. It's an impeccable setting which feels utterly luxurious yet incredibly relaxed. The original artwork and clever use of vibrant colour creates a space that feels very individual yet welcoming.

A crisp, chilled glass of Perrier Jouet Grand Brut NV gets things going and the entree savories set the scene, with an audacious classic beef and gravy pie with puff pastry top signaling that this is afternoon tea but not as you’ve had it before. The Ta’meya with tahini aioli is an elevated take on falafel, all moorish deliciousness that will have you demolishing it in 2 bites and yearning for more. Parisian and Roman influence collide beautifully in the parmesan gourgier, a kind of savoury cousin to profiterole in both looks and texture, albeit filled with a marvelous tomato cream instead of chocolate..

The sandwiches are faultless. The lemon and chive cream cheese adds a liveliness to the smoked salmon sandwich. The cheese in the tricolore inspired sundried tomato, green pesto and mozzarella sandwich is springy perfection that will have you wanting to say mama mia. But the star of the show is the Cairo- an inventive creation that combines cumin hummus and caramelized onions.

The Chef doesn't hold back with the patisserie selection. Banoffee pie never looked so boojie in the artistic dome shaped creation in which it's presented, with a solid white chocolate quill for added flourish. You’ll delight in the oozy, rich, creamy tiramisu and if you prefer a less sugary option then the raspberry, rose and pistachio twirl is sure to please. The Paris opera montblanc is the sophisticated creation that is probably best described as the love child of cheesecake and millefeuille, a light and airy pudding with just the right amount of tartness.

The wide selection of teas from the handcrafted English breakfast to the interesting herbal infusions all help to wash down the impressive food selection. The scones that come last bring everything back to classic English tea and grounds the whole experience in a deeply satisfying way. What a journey it is, classic and impeccable but all with an irrepressible sense of fun, its afternoon tea at its absolute best.

The tea is priced at £58 per person, book here to make a a reservation 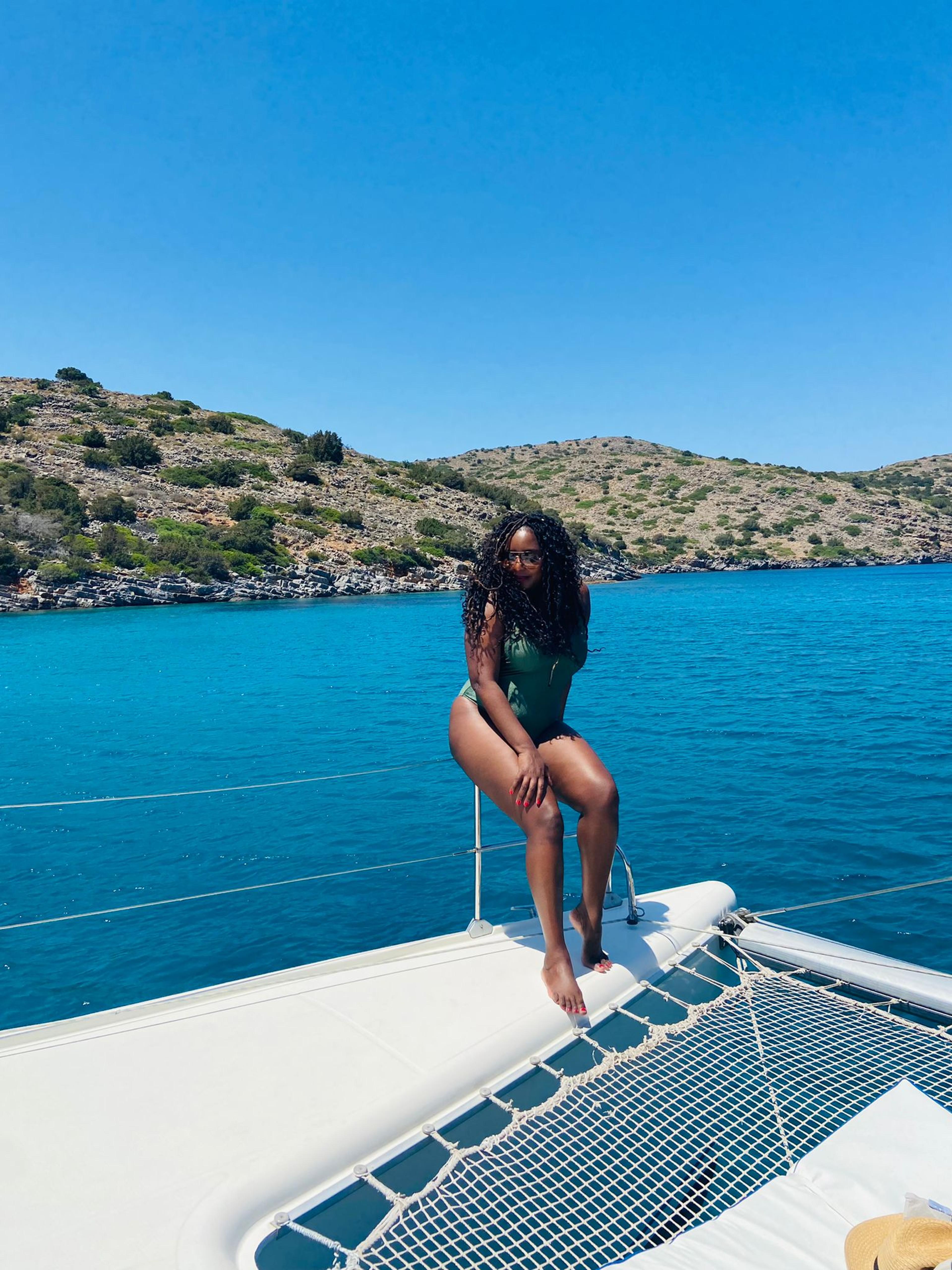 Bandi Manzini has worked at some of the leading publications in the UK and she has earned her stripes. With her interests spanning from beauty to travel, she always delivers her content with a slice of melanin magic.

Zoom East: bringing a little slice of Sicily to Whitechapel