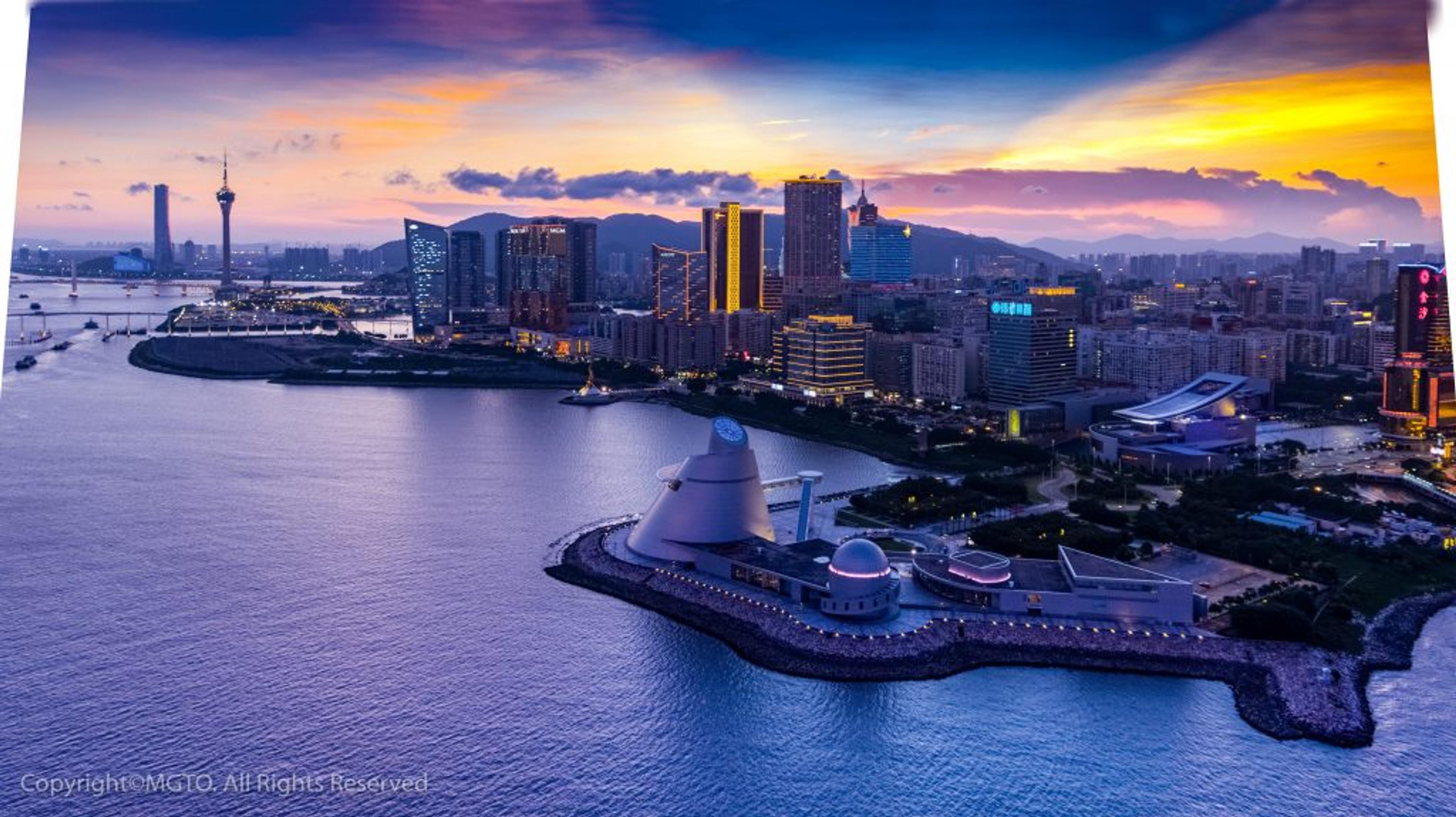 Macao: A City of Dreams

In almost every single way, Macao is a city of juxtapositions.

In almost every single way, Macao is a city of juxtapositions. From afar, its skyline looks like a glitzy metropolis of glamorous hotels and casinos, but down on the ground it is a city that carefully holds onto its age old traditions. For anyone who has not yet been to Macao, it is most well-known for its five-star hotels and casinos, but this city is so much more than meets the eye. Located between Hong Kong and the South Coast of China, Macao’s special title as a Special Administrative Region puts Macao at a crossroads for culture.

Where to Stay: Sofitel Macau at Ponte 16

If you’re looking for the perfect home in the city, then look no further than the Sofitel Macau at Ponte 16. This five star hotel combines the French ‘art de vivre’ with authentic Chinese touches and boasts panoramic waterfront views. The Sofitel Macau at Ponte 16 has all the luxury amenities a discerning traveller could ask for, including a number of fine dining restaurants, a glittering casino, and an incredible spa to boot. www.sofitelmacau.com @sofitelmacau

What to Do: UNESCO World Heritage Historic Centre

Macao is where the phrase ‘East Meets west’ comes to life. With the arrival of the Portuguese in the 16th century, and its close proximity to China, Macao has a unique blend of Portuguese and Chinese heritage.This heritage is most felt in the city’s UNESCO World Heritage accredited historic centre. From the iconic facade of the ruins of St. Paul, to the quirky pastel toned buildings that line the Travessa da Paixão (affectionately known as Lover’s Lane), and the colourful buzz of Senado Square, the historic centre if the perfect embodiment of Macao’s Portuguese history.

The Lou Lim Leoc Garden is a peaceful oasis in the middle of the hustle and bustle of Macao and is the perfect spot for a little bit of calm in the city. Built by a Lou Kau, a 19th century Chinese Merchant, The picturesque spot is modelled after ‘Suzhou’ and is the epitome of a classical Chinese garden, filled with whimsical pavilions, blooming lotus flowers, and tranquil Koi filled ponds. The garden is also home to The Macao Tea Culture House. If you’re lucky, you may even chance upon some locals rehearsing for a traditional Chinese orchestra.

Coloane Village is just a half hour’s drive away from the city centre, and yet it feels a world away. This sleepy seaside town has two pristine beaches, Cheoc Van and Hác-Sá, where you can enjoy picturesque coastal views and gentle sea breezes. Coloane Village is also home to the world famous Lord Stow’s Bakery and their delicious “Portuguese Egg Tarts”. You’ll immediately understand why tens of thousands of these custard confections are sold everyday!

The Macao Giant Panda Pavilion is a must-see for any visiting animal lover. Located on the lush greenery of Seac Pai Van Park in Coloane, the state of the art facility is part of China’s active conservation efforts to protect and rehabilitate the giant panda population. If you time your visit just right, you can also get a first hand look at the Macao Giant Panda Pavilion’s two new adorable panda twins named ‘Jian Jian’ and ‘Kang Kang’ having lunch.

Tapir Village is made up of a surreal network of cobbled streets, exotic food stalls, and bright neon lit shop fronts occupied smiling shopkeepers. Once home to local fishermen in the south of Taipa Island, Taipa Village is a warm and nostalgic contrast to the glamorous hotels of Cotai. Here you can explore the quirky shops on Cunha Street, stroll along the foliage of Carmo Garden, or immerse yourself in history at the Taipa Houses Museum and the Museum of Taipa and Coloane History. Taipa Village may be small, but you’ll never run out of things to discover in this culturally rich neighbourhood.

Macau’s glittering skyline is certainly a sight to behold, and so why not dine in a restaurant that gives you the best vantage point of the city? Located in one of Asia’s tallest buildings, the 360° Café in the Macau Tower is Macau’s only revolving restaurant and makes a full rotation every 90 minutes. The restaurant offers seasonal fare in a variety of different cuisines, so there really is something for everyone. Our personal favourite was the super indulgent seafood platter; a smorgasbord of lobster clams and every other shellfish you can think of. Adrenaline junkies can also dare to jump the world’s highest commercial bungee jump at 338 metres (probably best to make your bookings before dinner!)

If you’re looking for the best Portuguese food in the city, then definitely give Antonio’s a visit. Established in 2007, this restaurant is a vibrant celebration of Macao’s Portuguese heritage, and the colourful personality of Chef Antonio himself. A Master Chef of the Chaine des Rotisseur and a member of the Portuguese Managers’ Association in Macau, Chef Antonio has dedicated his life to promoting authentic Portuguese cuisine in Asia. You can certainly taste his passion through his truly delectable dishes. From bright Portuguese tiles, the live music, and the warm and inviting atmosphere — there really is no place like Antonio’s.

Located on the 11th floor of the Altira Hotel in Macau, Ying Restaurant (literally) takes traditional Cantonese cuisine to new heights. Has achieved a Michelin Star for its exceptional Cantonese cuisine. We highly recommend the restaurant’s signature Iberico Pork Char Siu – which is spit roasted with some organic New Zealand honey.

A culinary journey through Macau would not be complete without a Macanese restaurant. ‘Macanese’ is a word that defines a playful combination of Portuguese and Chinese cuisine — and there is no better example for this than Litoral restaurant. Macanese cuisine is a reflection of Macao’s unique maritime history, and began when Portuguese merchants arrived in the 16th century, introducing spices from all over the world. The result? Wonderfully aromatic dishes that blend a myriad of flavours and influences.

Cathay Pacific now offers a choice of three routes between the UK and Hong Kong, and onwards to over 190 destinations globally. These include five flights daily from London Heathrow, and daily flights from Gatwick Airport and Manchester Airport.

For more information about what to do in Macau visit www.visitmacao.co.uk