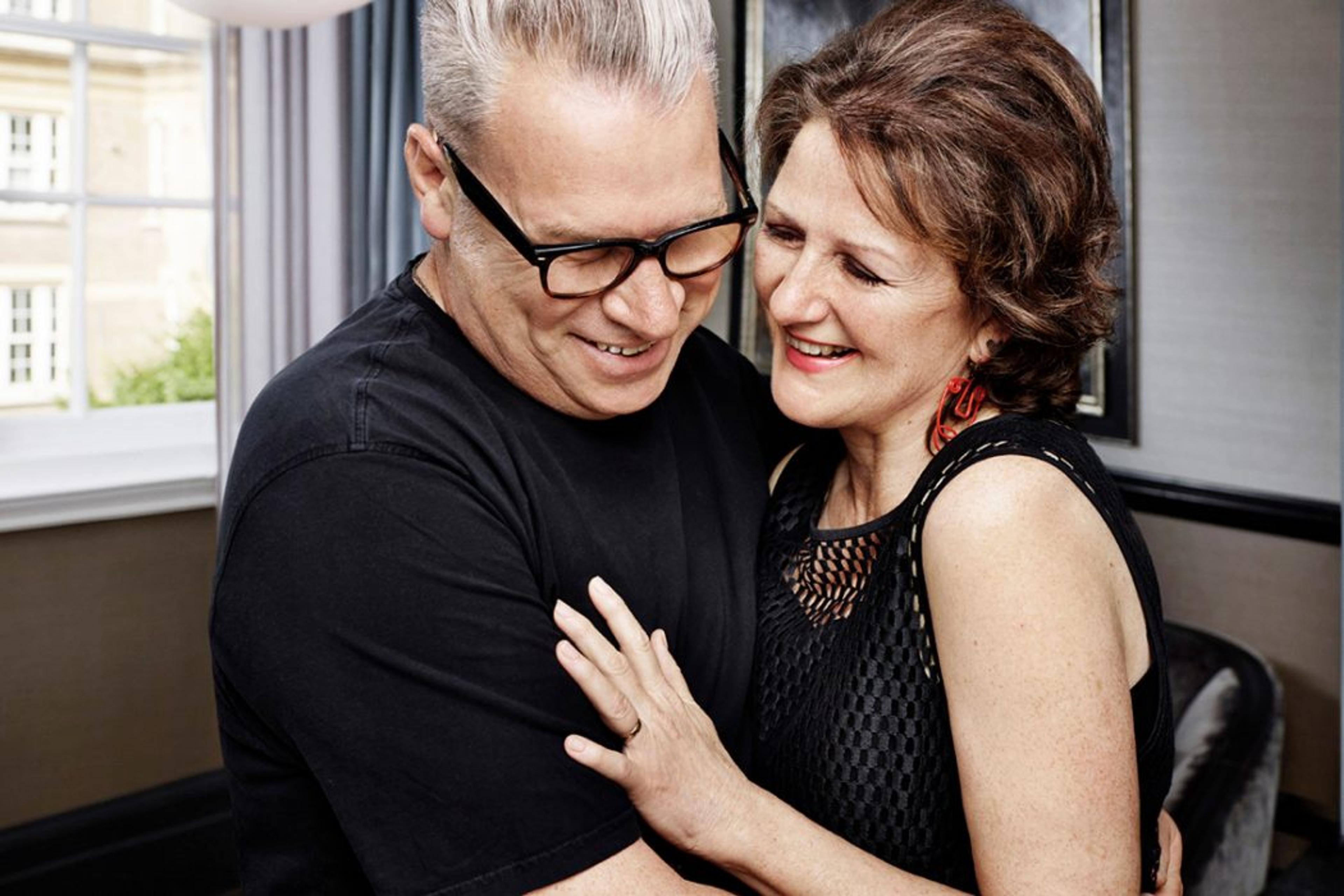 Any film lover would certainly recognise the name Mark Kermode.

Any film lover would certainly recognise the name Mark Kermode. As the UK’s most trusted film critic, Kermode’s distinctive voice and unmistakably recognisable coiffure has gained him a sort of ‘cult’ following amongst British film circles. These days, it seems any serious conversation about film always involves Kermode.

We caught with the famed film critic after one of his ‘Behind-the-Scenes’ panel discussions at The Dixon Hotel to talk about his endless love for film, and what it took to kickstart his career as a critic during his university days in Manchester. We also discuss best and worst films of the year, favourite directors, and his starring role in Marriott Bonvoy’s Loyalty & Love Campaign.

The Loyalty & Love Campaign is a thoughtful collection of fifteen photographs, shot by Rankin celebrating the power of travel in revitalising and nourishing relationships. Mark and his wife Linda were shot in The Dixon Hotel.

Tell us about the first moment that made you realise film was going to be your life?

It happened quite early. I was taken to the cinema by my mother and we saw ‘Krakatoa: East of Java,’ which was kind of an adventure romp film. I may have seen it before that, but it’s the first film I ever remember seeing. It has adventure, airships, and a volcano.

I remember sitting there thinking, “this is what I want to do for the rest of my life.” Years later, I got a DVD of it, as I haven’t seen it since I was a child. I forgot a lot of it, but the key moments and images brought me back to my childhood – it was like a time travelling machine to my youth.

Talk us through your early days as a film critic. What was the biggest challenge you’ve had to overcome?

I went to university in Manchester in the 1980s doing an English degree. I’ve always wanted to write about films, and back then we had a listing magazine called ‘City Life’ – which was the equivalent of Time Out back then.

Before the internet, you could just walk into the office of a newspaper and ask for work. I walked in there and simply offered to write film reviews. In the beginning, they found other jobs for me to do like driving the van etc, but I eventually started to write.

I did the same thing in London. I walked into the Time Out offices in London and asked for a job – and that’s really how I started off. The biggest challenge back then was having the nerve to present yourself, but it’s more difficult nowadays. With the internet, it’s much more difficult to be a film critic now.

What is the best and worst films you’ve ever seen?

Talking about sequels, do you think the Hollywood film scene is too reliant on sequels these days?

Nowadays, there are plenty of film sequels especially with the comic stuff. It’s hard to get a completely original project off the ground. Most of the stuff that I see are things that really interest me.

Although remakes aren’t necessarily a bad thing either. We had all those different versions of ‘A Star is Born’ and I liked most of them.

I’m a huge fan of musicals, and Rocketman was a fantastic mix of fact and fiction that was also a proper musical. Nowadays people make music films like jukebox movies and biopics but to make a musical is quite a difficult thing. I thought it was brilliant because it was a musical first and foremost.

Bait is one the most remarkable thing I’ve ever seen. It’s brilliant, breath-taking film making. It’s made by Cornish filmmakers and is a proper, genuine, indigenous Cornish movie, that couldn’t have been made by anyone other than Mark Jenkin. It’s become a very big arthouse hit, as it was made of love and not money. In fact, they’ve been turning people away from it in some cinemas because it’s so popular.

Finally, Only You, is a really brilliant romance story directed by Harry Wootliff. He’s a brilliant filmmaker and actually showed it at the film festival in Shetland as one of our top film choices of the year.

“Some people think that you become a critic because you’re a frustrated filmmaker, but I know that the worst film I’ve ever seen, I could not have made. They are incomprehensible.”

Is there a film maker whose films you’d watch no matter what they made?

Definitely Lynne Ramsey who made ‘You Were Never Really Here’, ‘We Need to Talk About Kevin’ and ‘Morvern Callar.’ She makes films fairly infrequently and she only makes projects she wants to work on, but I would watch anything she made.

If you were ever to make your own film – who would be part of Mark Kermode’s dream team?

I would never make a film. I have a very strict rule about this, that you’re either a critic or a maker. I know some very celebrated filmmakers who were critics, but I could never make a film. Some people think that you become a critic because you’re a frustrated filmmaker, but I know that the worst film I’ve ever seen, I could not have made. They are incomprehensible.

I’ve written documentaries, but crucially never directed them. If someone were to make a film about me, the only thing I would want is to be as far away from it as humanly possible.

Tell us about your collaboration with Marriott Bonvoy and a little bit about your part in the Loyalty&Love Campaigns?

I was doing some talks with the Autograph Collection Hotels with the Marriott. So, my partner Linda, who is a film academic, and I stayed at the Dixon hotel, and we loved it. There was a space wherein we could have a nice time together amidst our slightly frantic lives.

Soon after, we were talking about the Love & Loyalty campaign. At the time, Linda had been talking about getting writers spaces in hotels to work, and it just made sense. We had our photographs taken by Rankin, who’s made short films too. I actually introduced one of his films as part of Channel 4’s shooting gallery, so I obviously knew his name and reputation.

We went to The Dixon for the shoot and Rankin turned up and he’s lovely! He knew the same films as I did, and it was really relaxed. What they were trying to emphasise is that staying in a hotel is a special experience – it’s like a little cocoon away from everything else where you can relax, think, read, write, and be creative.

What advice do you have for aspiring film critics looking to make it in the industry?

The first is something that Kim Newman told me. He said, ‘If you’re going to be a film critic, you really need to have wanted to do it for quite a long time. If you haven’t watched films obsessively as a child, then you’ll have a lot of catching up to do”.

It’s not something that you can just decide to do one day like any other job, it’s more to do with doing it properly. There are certain requirements as a film reviewer, you need to contextualise a film, where it comes from, where it sits, categorise it, and the least important thing is what did you think about it. The trick is to be completely honest of what you think regardless what other people think.

People don’t read reviews to know how to think about a film. Funnily enough, a YouGov poll said that I was the most trusted film critic in the UK, but actually that came down to less than 4% of the people surveyed. People watch films because someone recommended it to them. You’re writing reviews to describe, contextualise, and widen the context of what people think of film.