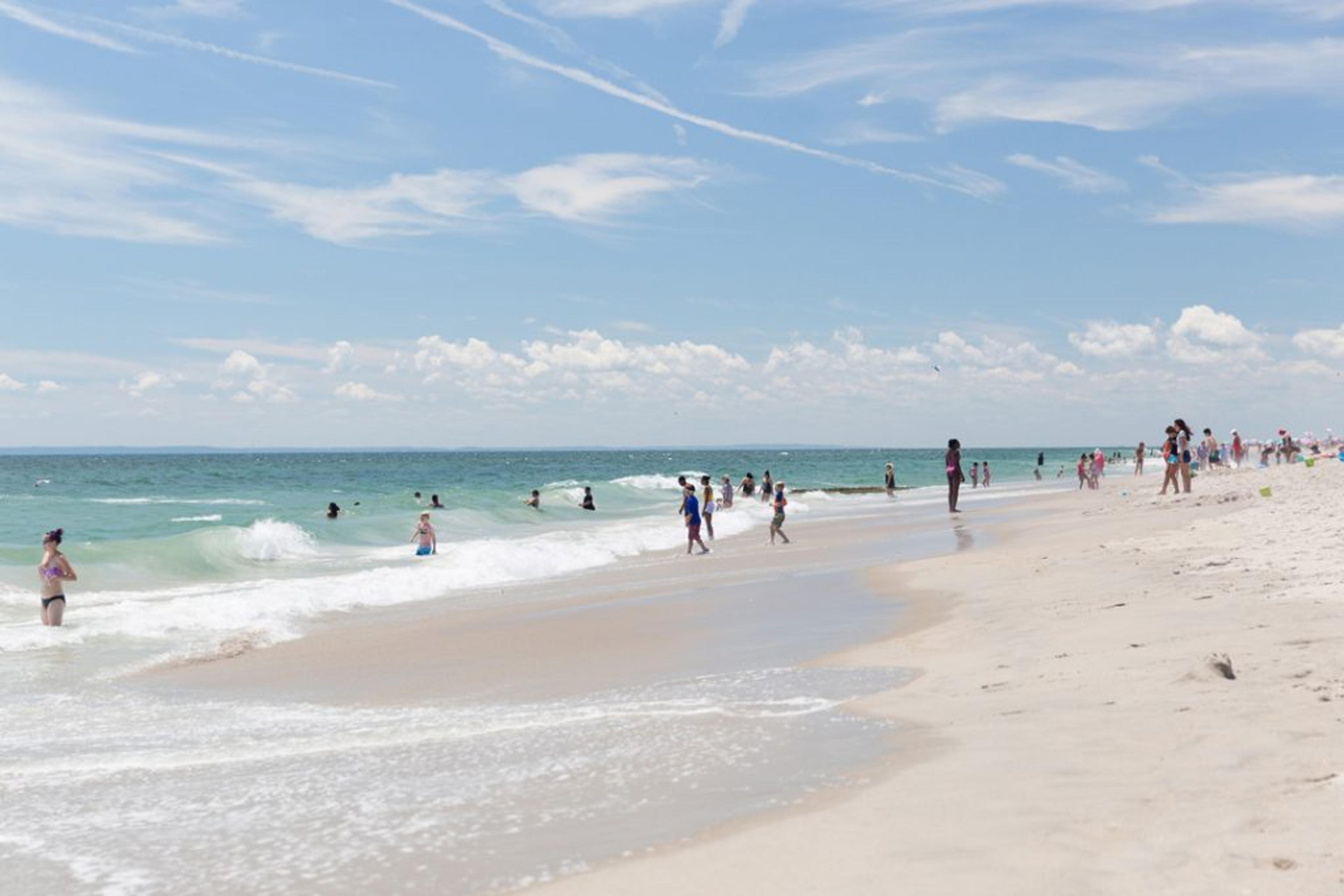 A trip to NYC is Bound to include Broadway musicals and the best brunches but the Big Apple has beaches too! Aside from the gorgeous New York parks, here’s where

A trip to NYC is Bound to include Broadway musicals and the best brunches but the Big Apple has beaches too!

Aside from the gorgeous New York parks, here’s where to go to make to make the most of the sun. The fun kicks off annually when lifeguards are positioned from 10am to 6pm between May’s Memorial Day until around September’s Labor Day.

Loved by surfers, this New York beach is a great spot for people watching at bars and of course catching some waves. It’s complimented by basketball and volleyball courts, seven playgrounds and areas for fishing.

Forget Miami. This South Beach is full of just as much character. As well as providing miles of free exfoliating sand it’s a spot to watch seniors battling each other on checkerboard tables and if you fancy a game of petanque hit bocce courts. Take a stroll along Ocean Breeze fishing pier and stay until night to watch the colour features that light up the fountain with six bronze dolphins.

Adjacent to South Beach, head here for a quieter experience but just as much on offer. Just across the Franklin D Roosevelt boardwalk are more games including shuffleboard and handball. World War I, World War II and Korean and Vietnam War memorials plus a sea turtle water that will keep little ones entertained.

If lounging around for hours isn’t your thing, mix it up and head to Pelham Bay where there’s shops aplenty, loads of places to eat and great views. Bonus – watch out for the wonderful wildlife in the area!

Channel your inner Beyonce and head to Coney Island for a New York beach with a fun fair to boot. It’s the home of the iconic ferris wheel featured in her XO music video directed by Terry Richardson and starring Jourdan Dunn. With views of the iconic city skyline there’s no doubt you’ll be able to capture some supermodel-worthy photographs too.

If you love sporty days out, this New York beach is for you. There are two baseball fields, tennis, basketball, volleyball and handball courts. Previously an exclusive spot for holidaymakers, it’s now one of New York’s open beaches.