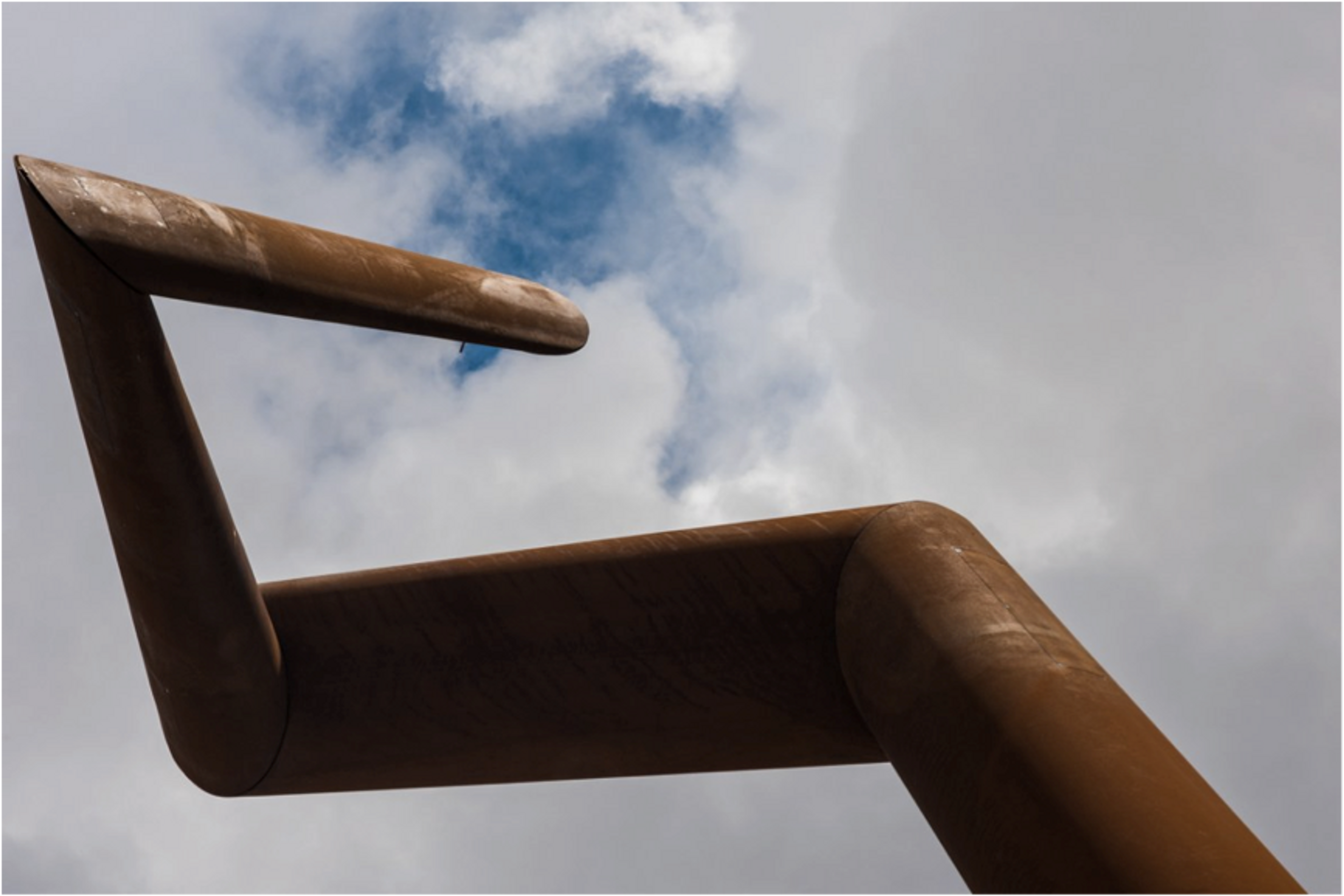 Only One Week Left Of The Edgiest Summer Exhibition To Date

“Unpredictable, stimulating and shocking.” That’s how the lead curator of this year’s Summer Exhibition at the Royal Academy describes the 2016 show. As the largest open submission art show in

“Unpredictable, stimulating and shocking.” That’s how the lead curator of this year’s Summer Exhibition at the Royal Academy describes the 2016 show.

As the largest open submission art show in the world, the Summer Exhibition in London showcases art by both established and unknown artists every year. So there’s an eclectic mix of sculptures, paintings, drawings, photos and pretty much everything in between.

The show’s artistic pairings and famous names include Ron Arad, Tim Noble and Sue Webster, the Chapman brothers, Nigel Hall and Michael Craig Martin. With just a week of the exhibition left to go, House of Coco’s art contributor Rachael Lindsay wanted to see what all the fuss was about…

Entering the Royal Academy’s Burlington House in London’s Piccadilly is impressive in itself.

Its large sun-dappled courtyard is currently home to a 16-metre high steel rod which uncoils its snake-like body to film those entering and leaving the building.

And yes, this is part of the Summer Exhibition: the revolving monster is called Spyre and is the creation of architect and industrial designer, Ron Arad.

Talking about the enormous metal worm, Arad says “normally we are looking at sculpture, now it is looking at us.”

Hurrying past the single revolving eye of Spyre, I rush inside the seventeenth century mansion where the annual Summer Exhibition is held.

Pulling my immediate attention is a glowing yellow sign with one word of hope: Forever. It is glitzy like a funfair, or the garish lights of Blackpool pier, but it’s also strangely appealing in its promise of eternity.

Created by married couple, Tim Noble and Sue Webster, Forever is a bold example of their ‘light’ sculptures which they create in parallel with their more sinister ‘shadow’ works.

The pair are inspired by pop culture and punk rock, saying “anything…that kicks against the routine, against the mundane things that close down your mind, is a refreshing and good thing”.

But despite this rebellious streak, the couple are also known for their celebrity friends – including chef Mark Hix, who has named a dish after the artist couple: ‘Webster’s Fish Fingers’ is currently on the menu of his Soho restaurant, Hix.

Wandering through the exhibition, the sheer number artworks on display is striking: there’s over 1,200 in all, from every genre imaginable.

But they don’t seem like an incoherent mishmash of styles; instead, the works often complement each other.

Though he’s more famous for his massive sculptures like the free-standing steel structure by the entrance to the Thameslink tunnel, English sculptor Nigel Hall also sketches on his travels – and some of those are on display here.

Hall says he’s inspired by the vast spaces he visits such as deserts and mountain ranges. His shadowy drawings of light and dark spheres in Drawing 1706 reflect this sense of emptiness.

These contrast with the colourful objects of morning routine in Space II, which is almost right next to it.

Showing an old flip phone, a briefcase, a toaster, and a door handle, Space II is one in a series of paintings by Michael Craig Martin, who influenced the ‘Young British Artists’ of the 2000s school like Damien Hirst.

In both these pieces, inanimate objects are the common denominator – and yet the energy of each is so different: the floating circles are whimsical and dreamy where the urban paraphernalia are bold and aggressive. Standing in front of both, I feel a sense of balance which would be impossible if they were hung alone.

But all sense of balance is immediately shattered on entering another room, where a family of be-wigged shop mannequins are standing around a vicious-looking contraption.

And then you notice they’re holding their eyeballs in their hands.

The New Arrival by the Chapman brothers is perhaps the spookiest artwork here. (I have the strange feeling that those eyes, held at waist level by the dummies, are following me around…)

The Chapman brothers, Jake and Dinos, are renowned for their provocative art. In the past they’ve exhibited a collection of defaced Goya paintings, and also a bunch of skulls wearing clown noses.

But I feel more uneasy than outraged when looking at The New Arrival. I’m like a voyeur in some sort of strange ritual that I never should have come across – and yet, ironically, I cannot help but stare.

Unpredictable, stimulating, shocking…these are only some of the things you could say about this year’s Summer Exhibition.

The show seems more daring than ever and yet more demanding on its viewer, whether through an attention-grabbing work by a big name or with the first painting by a new artist, nestled between murals.

My advice: head there now, and see what draws you in…

The Summer Exhibition at The Royal Academy runs until 21 August 2016. For more information, visit www.royalacademy.org.uk/summer-exhibition. 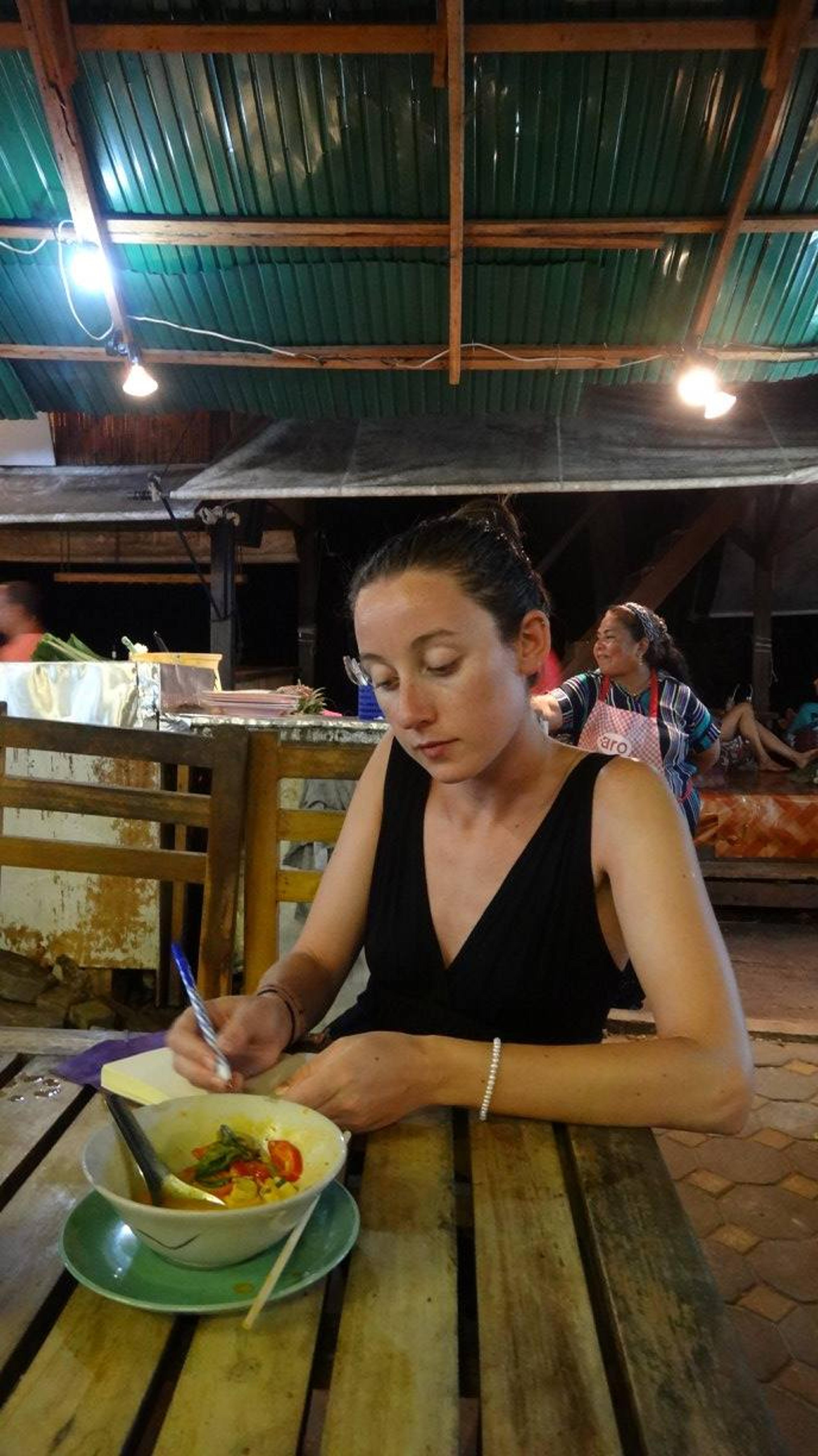