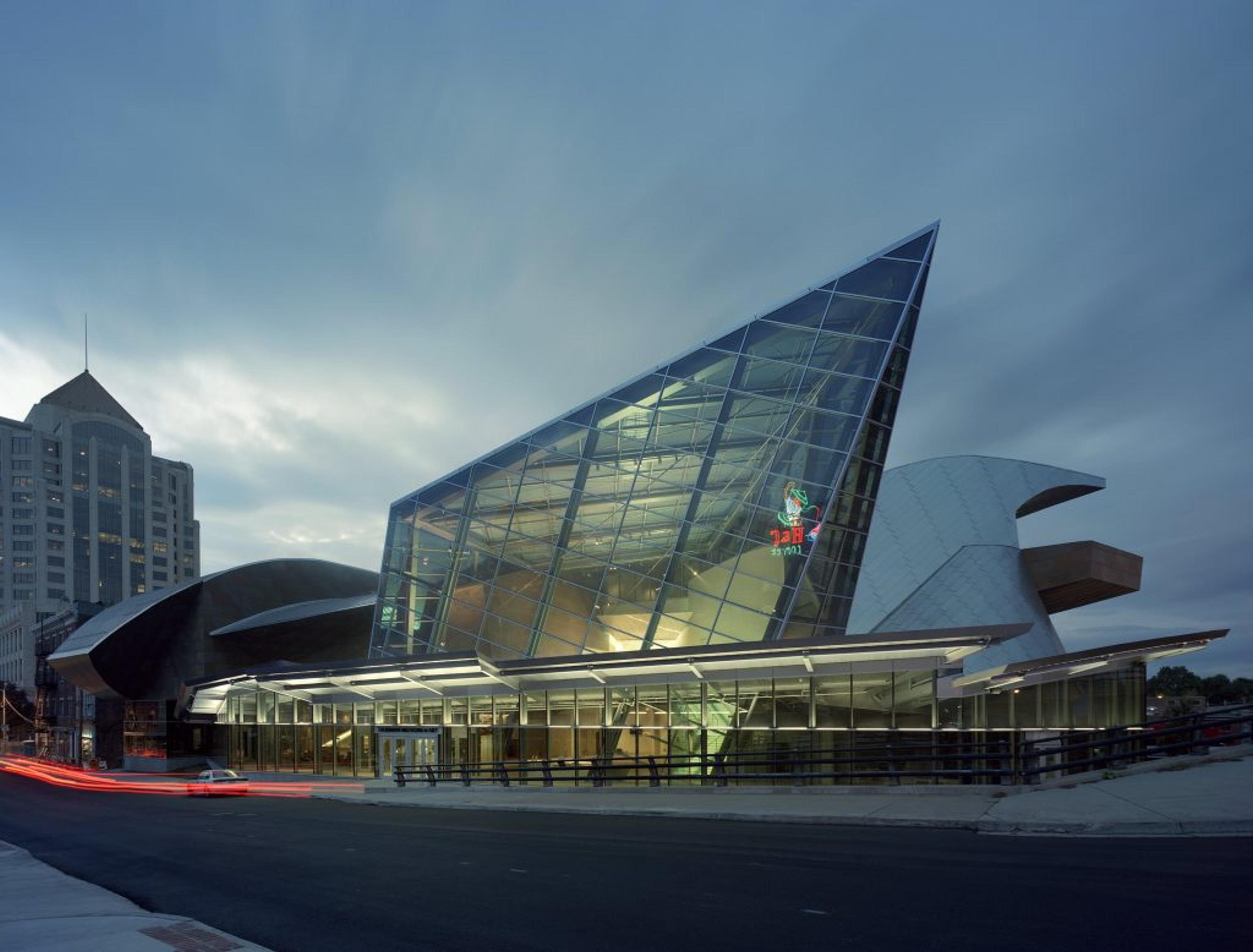 See, Eat and Do: Roanoke, Virginia

On a whirlwind road trip around the Capital Region USA, Team Coco managed to tick off a number of under-the-radar cities.

On a whirlwind road trip around the Capital Region USA, Team Coco managed to tick off a number of under-the-radar cities. Roanoke, a small valley city nestled in the Blue Ridge Mountains of southwest Virginia, made the list, demonstrating a wide range of activities that go beyond the average city excursion, as well as a burgeoning culinary and brewery scene. Below we reveal some of the best bits the city has to offer.

Positioned in the heart of Roanoke, the Taubman museum can be spotted from quite a distance from its undulating roofline and 77-foot glass peak in the atrium. The building was designed by Randall Stout who was largely inspired by Virginia’s landscape (note the riverish ceiling). The open plan layout divided by a series of walls makes it ideal for pottering from one exhibition to the next. Prepare to witness an array of very contrasting exhibitions dealing with contemporary issues in Virginia and beyond. I particularly enjoyed “Business as Usual” by Bob Trotman for its kinetic structures and striking satire on the world of corporate business.

The true American experience begins with food, and Scratch Biscuit is Virginia’s very own breakfast invention. It’s not a biscuit in the conventional cup of tea sense, but rather a burger/sandwich concoction suffused with an abundance of tasty fillings. I opted for the “Garden Grown”, a veggie option filled with mushrooms and chickpeas with a cup of Grelen Gold coffee roasted in-house daily. The place was packed and I couldn’t help but take note of the thin slices of bacon that were humorously cartoonistic. Hardcore American pancakes are also on the menu, slathered in a scoop of golden syrup. When in America.

Roanoke’s proximity to the Appalachian Trail and the Blue Ridge Parkway means that adventure is right on its doorstep. Catering to all levels, Roanoke Mountain Adventures will give you a trail that is out of this world. The official starting point begins on a scenic route through the idyllic Virginian countryside, a jaw-dropping backdrop that extends for miles. The feeling of dodging streams and passing natural lakes through undulating forest trails is beyond exhilarating and a once in a lifetime experience.

Twin Creeks offers the true southern American experience in Franklin County, a short drive out of Roanoke. The Prillaman’s family-owned business started in 2015, the first legal liquor in Franklin County since prohibition, the moonshine capital of the world. The best bit was hearing Chris Prillaman’s stories and experiences about moonshine in the area, so rooted in his upbringing. With much warmth, he demonstrated the ins and outs of the unique equipment he and his friends would use in the past to make moonshine, which has now been restored in the tasting room. Each sip is like tasting a segment of the past.

Located right across the road from Twin Creeks Distillery, B Sides will be a continuation of the authentic southern American experience post-moonshine. Think burgers and locally brewed beers, or buffalo wings with a side of stringy cheese sticks in a room full of old records and shelves brimming with bourbon.

The place to be for interior and design lovers—Black Dog Salvage is an architectural salvage business and design center producing all sorts of interesting door knobs, desks and shapely cheese boards. The warehouse is crowded with a collection of old house parts and antique home decor to choose from and there’s also the chance to work with the design team to experiment and create your own souvenirs to take home. The design centre also has a TV show detailing their DIY adventures. Think of it as America’s equivalent to “Grand Designs”.

There’s plenty to see and do in downtown Roanoke, from live music bars to quaint farmer’s markets. Breweries like Deschutes and Big Lick Brewing are within walking distance, forming an integral part of the city’s community. Center in the square is a cultural hub that has been around since 1983, featuring several museums conveniently under one roof , including the Harrison Museum of African American Culture, and a spacious rooftop garden. The independent boutique stores are also a winner if you fancy some retail therapy.

There’s still something so secretive and untouched about Roanoke’s culinary scene, which is buzzing. Fortunato is the region’s only traditional Italian kitchen & Neapolitan style pizzeria, so it’s the pizzas the locals rave on about. Wine and seafood lovers will appreciate the abundance of locally sourced ingredients and sea bass that extends slightly off the plate it’s so substantial. Enjoy a crisp glass of Occhipinti SP68 in a modern and sophisticated space.

Welcome to a slice of Roanoke’s past at the Hotel Roanoke & Conference Center, originally built in 1882. After a fire broke out in the hotel kitchen in 1938, the building was remodelled with a Tudor exterior that is so revered today. Trinkets and ornaments are speckled around the lobby and the rooms are entangled with all sorts of historical references to Roanoke’s past.

For more information on planning a trip to the Capital Region USA, visit:www.capitalregionusa.co.uk

Purely Capital Region USA (0844 80 444 80; purelycapitalregionusa.com) offers a 10-night self-drive trip to the Capital Region USA priced from £1,699 per person based on a September or October 2019 departure. This 10-night package includes return economy flights with Virgin Atlantic from LHR to Washington Dulles International, economy car hire for time spent in Virginia and Maryland, nine nights’ total accommodation with three nights at Rocky Gap Resort, Maryland; three nights at Hotel Roanoke in Virginia and three nights at Eaton DC Hotel in Washington DC with a final night spent flying home. All accommodation is room only and based on two adults sharing.