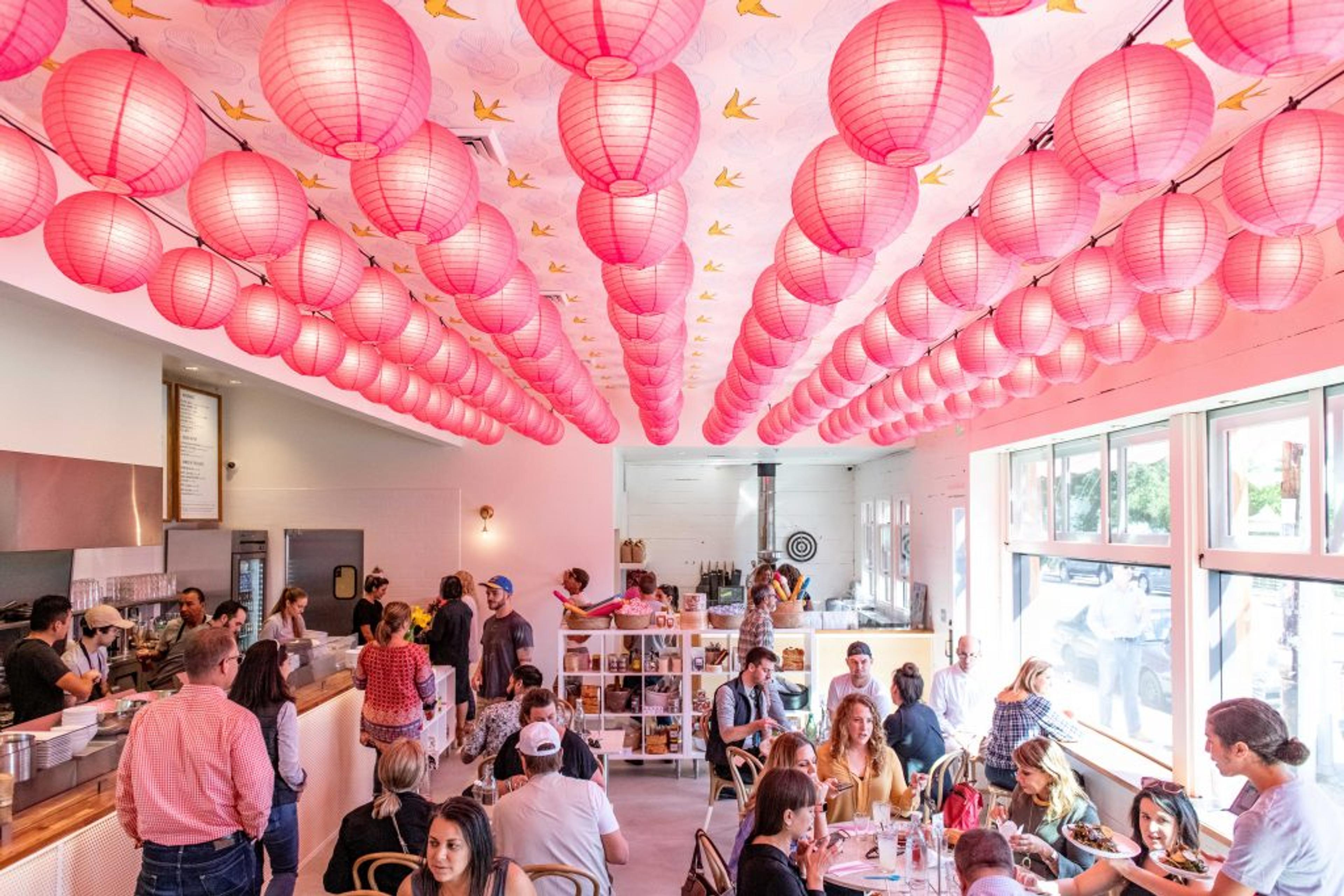 Rapidly cementing its status as a top destination for foodie travellers, Santa Barbara’s culinary scene has never been better.

Rapidly cementing its status as a top destination for foodie travellers, Santa Barbara’s culinary scene has never been better. Situated just two hours north of Los Angeles, California, the region holds all the raw ingredients for great wining, dining and culture – from year-round produce and sustainable seafood to world-class vineyards, not to mention a blossoming art scene to boot. Here’s why you should visit in 2020…

In recent years, a flurry of new chefs have arrived in Santa Barbara who are applying a high level of skill to the abundant local produce. Forget stuffy white table cloths and smart dress codes, this city is all about laidback luxury. Serving up some of California’s most innovative dining experiences, a number of recently opened restaurants have been wowing locals and visitors alike. Try Bibi-Ji, Santa Barbara’s first contemporary Indian, serving playful spins on classics with a menu that highlights the local seafood served ‘sea-to-table’, Tyger Tyger, a dynamic 1,900-square-foot marketplace featuring ‘fast-fine’ Southeast Asian cuisine, or Loquita, a lively Spanish-style restaurant in the Funk Zone.

…And a burgeoning art scene

In addition to a growing creative scene, which is evident throughout Santa Barbara’s creative Funk Zone, Santa Barbara Museum of Art will reveal a newly expanded, multi-floor wing in spring 2020, housing photography, Asian art and other exciting exhibits. To open the new wing, the museum will host an exhibit on Vincent van Gogh and his influences, “Through Vincent’s Eyes,” in October 2020. By presenting around 15 works of art by Van Gogh alongside more than 125 works of art selected to reflect the surprisingly varied art that he most admired, the landmark exhibition makes Santa Barbara one to watch on the art circuit.

The first thing you’ll notice when you arrive in Santa Barbara is how pretty it is. Spanish colonial style architecture, pristine streets lined with shops, restaurants, wineries and boutiques, a gorgeous harbour and miles of sandy beaches make it a picture-perfect holiday destination. Delve a bit deeper and you’ll find that the interiors really live up to the city’s shiny exterior. Instagram’s great and good stay at the Martyn Lawrence Bullard-designed Hotel Californian, where Spanish colonial revival architecture and a modern Moorish vibe combine, creating a design infusion begging to be photographed.

It’s the perfect spot to rosé (or pinot) all day

Celebrating its 15th anniversary, the cult-classic film Sideways brought worldwide fame for Santa Barbara wine country. Wine consumption increased in general while the demand for elegant, and highly quaffable, pinot noir shot up. The Oscar-winning movie was filmed almost entirely on-location throughout Solvang and the Santa Ynez Valley in Santa Barbara County. Nowadays, you don’t need to trawl from vineyard to vineyard to get your hands on some of the destination’s celebrated bottles. Santa Barbara’s Urban Wine Trail offers both novices and aficionados the opportunity to learn about and taste the wines of many different varieties and styles crafted by the County’s best winemakers. 30 wineries across the California city now make up the trail and can be explored by foot, bike or taxi.

Relax in the lap of luxury

Accommodation in Santa Barbara comes in many shapes and sizes. Curl up in a hillside hideaway like the iconic Belmond El Encanto, immerse yourself right in the action at Harbor View Inn’s brand new downtown wing or relax in the lap of luxury at Rosewood Miramar Beach Montecito, which opened just last year. On a budget? No bother. Nestled between the Pacific Ocean and the Santa Ynez Mountains, lies El Capitan Canyon, a resort boasting fully furnished cedar-lined cabins with vaulted ceilings and French doors opening onto El Capitan Beach and offering incredible ocean views.

After soaking the city’s food and culture, it’s time to hit the beach. With miles of sun-drenched and sandy coastline, there’s a spot to suit every type of traveller, from surf-seekers to families. Dog lovers should head to Arroyo Burro Beach, better known to locals as Hendry’s Beach, where pooches revel on the dog-friendly flat sands. If surfing is your bag, Leadbetter Beach is best for catching waves, while sophisticates will enjoy the pristine sands of Butterfly Beach, where cocktails can be taken at the nearby Four Seasons Resort The Biltmore Santa Barbara. Heading closer to town, family-friendly East Beach is located next to Stearns Wharf, with lifeguard stations, a playground and cafés.