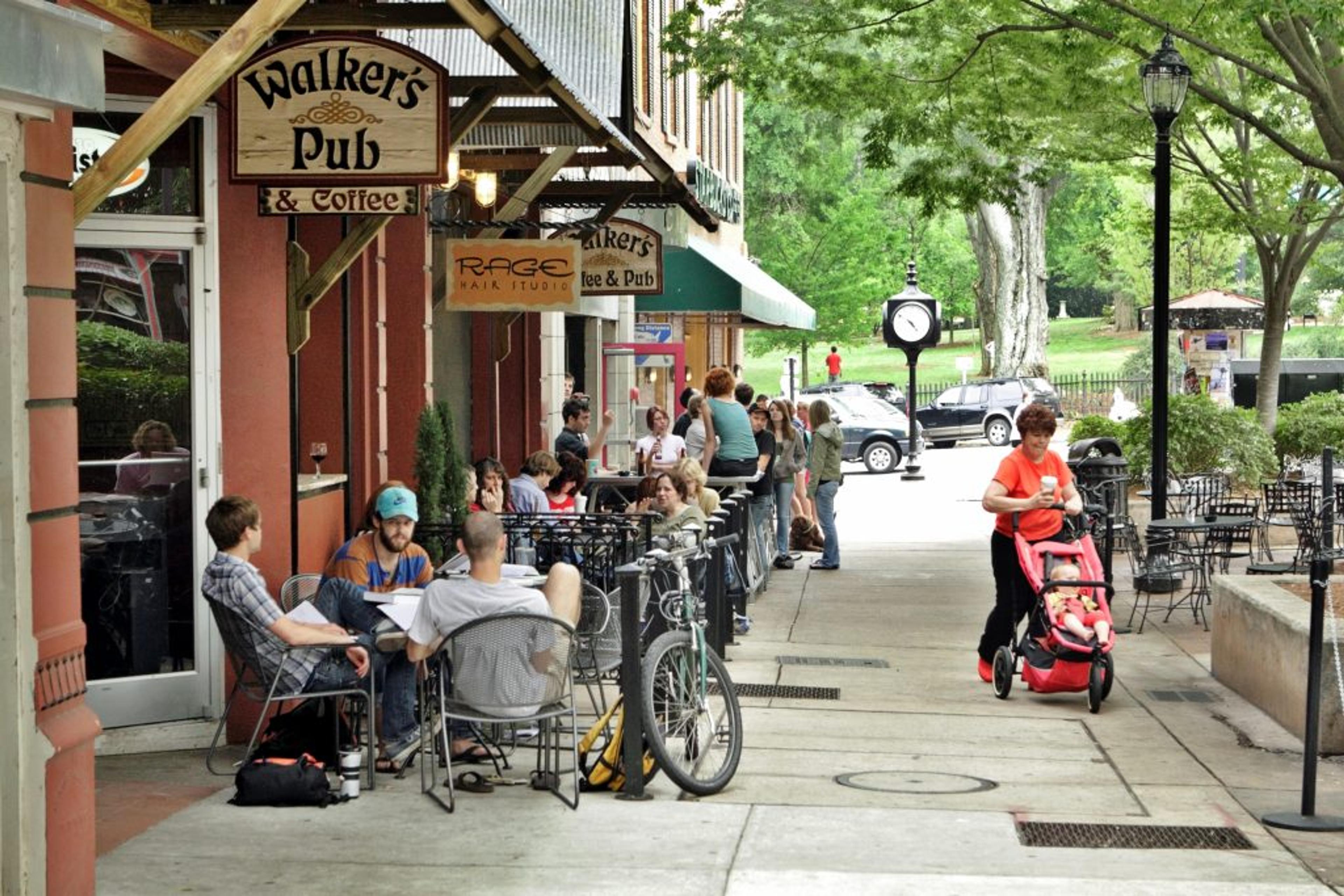 Seven spectacular things you simply must do when visiting Georgia

Georgia is a real peach of a state and aside from enjoying the sweet Southern hospitality, there are plenty of amazing things to see and do.

Georgia is a real peach of a state and aside from enjoying the sweet Southern hospitality, there are plenty of amazing things to see and do. Emma Harrison tells us more.

Get on your (walking) boots

If you love hiking and the great outdoors, the Appalachian trail which spans 14 states is a sight to behold. The mountains are substantial and half of the trail in Georgia passes through federally designated wilderness. From those magnificent mountain summits to relentless waterfalls, you won’t regret taking some time out to get acquainted with nature and catch some seriously stunning views.

If the trail seems a little bit out of your comfort zone, head over to the Amicalola Falls State Park where the terrain is a little bit easier – don’t forget to check out the amazing waterfall – the highest in Georgia. It is widely is one of the Seven Natural Wonders of Georgia.

Whilst the likes of Detroit, New York and Tennessee are all famous for spearheading their respective musical genres. Georgia has a wide-ranging musical history that spans as many genres as it does decades – from bluegrass and rock to gospel and rap and everything in between. Situated in the north-eastern reaches of the Peach State, Athens is an unmistakably southern city steeped in a vibrant college culture. It has an eclectic music scene and is known as the birthplace of some of rock and roll’s biggest names, including R.E.M. and the B-52s.

As well as taking in some of the local gigs, you can even take the Athens Music History walking tour which is led by local music historian Paul Butchart. Wander around the city’s iconic landmarks that showcases Athens diverse music legacy such as the Morton Theatre – an old dilapidated railroad trestle, which famously featured on R.E.M.’s 1983 debut album Murmur. If you are a music lover, you will enjoy hearing some anecdotes from Paul’s times as a member of the band The Side Effects and memories of hanging out with rock legends R.E.M.

Marvel at the historic architecture

From the glistening skyscrapers of Atlanta to the Victorian splendour of Athens, the architecture of Georgia is intriguing and varied and highlights include the Taylor-Grady House in Athens – an 1840s which still retains many of its original features and furnishings.

Do give a damn about the Margaret Mitchell House which was where she wrote most of her acclaimed novel ‘Gone with the Wind’. Looking to delve deeper Gone with the wind story? Take a trip to the Gone with the wind Museum on historic Marietta Square where you can see sights such as Scarlett’s honeymoon gown and original promotional material for the film.

The California Gold Rush may be more famous, but did you know that the first gold rush in the U.S. started in the north Georgia mountains in 1929? There’s still some gold to be found in the rivers of the Peach State, but if you want a quick win when it comes to the golden goods head over to the Crisson Gold Mine in Dahlonega where you can pan for gold and other gems. Whilst you are there you head underground to the Consolidated Gold Mine where you can explore the 200 feet underground tunnels.

Check out the amazing cuisine

Georgia’s diverse terrain and long-standing culinary traditions makes it the ultimate foodie destination. With typically Southern dishes on offer like Biscuits & Gravy, Fried Okra, Grits and of course the ubiquitous peach pie (Georgia, of course is known as the Peach State) you really will be spoilt for choice! From TWO Urban Licks, a fabulous restaurant on Atlanta’s nationally-acclaimed Beltline to the rustic home-spun cooking of The Smith House in downtown Dahlonega – there really is something for everyone.

Drink it all in

From wine to mead and everything in-between Georgia is chock-full of distilleries, breweries and vineyards. Visit the Etowah Meadery where you can see honey turn into mead which just happens to be the oldest alcoholic beverage on earth. You can do try some mead and learn more about the process (including the importance of the honey bee!)

Love wine? Georgia won’t disappoint thanks to incredible vineyards and wineries such as Chateau Elan and the Wolf Mountain Vineyard which comes with not only a superb selection of wine but also an impressive display of guitars and vinyl from the likes of the Rolling Stones. Both places offer great wine tasting which includes reds whites and roses.

Gainesville certainly seems to be a bit of a hub for alcohol, this town has an impressive selection of distilleries such as the Gainesville Distillery – they create hand-crafted artisan spirits from locally sourced ingredients in a super cool modern setting. There is also the Left Nut Brewery that is located inside an historic building in Chicopee Mills which is ideal for a cheeky cider or a beer.

In Athens you can pay a visit to the Terrapin Beer Co which is Athens’ original brewery and is famous for its collaborations with hit TV shows such as The Walking Dead.

Learn about a history maker and legend

It is certainly worthwhile taking a guided tour of Atlanta, ATL Cruzers offer both electronic car and Segway tours of the city. Travel from downtown Atlanta into some of the city’s historical and eclectic neighbourhoods which includes Old Fourth Ward – the birthplace of the Civil Rights Movement and home to Dr. Martin Luther King Jr.

A visit to the Experience Centre for Civil and Human Rights is a truly humbling and inspiring experience. We have all heard Martin Luther King’s iconic speeches but to hear his words as you walk around this fantastic exhibition brings a whole new meaning and perspective.