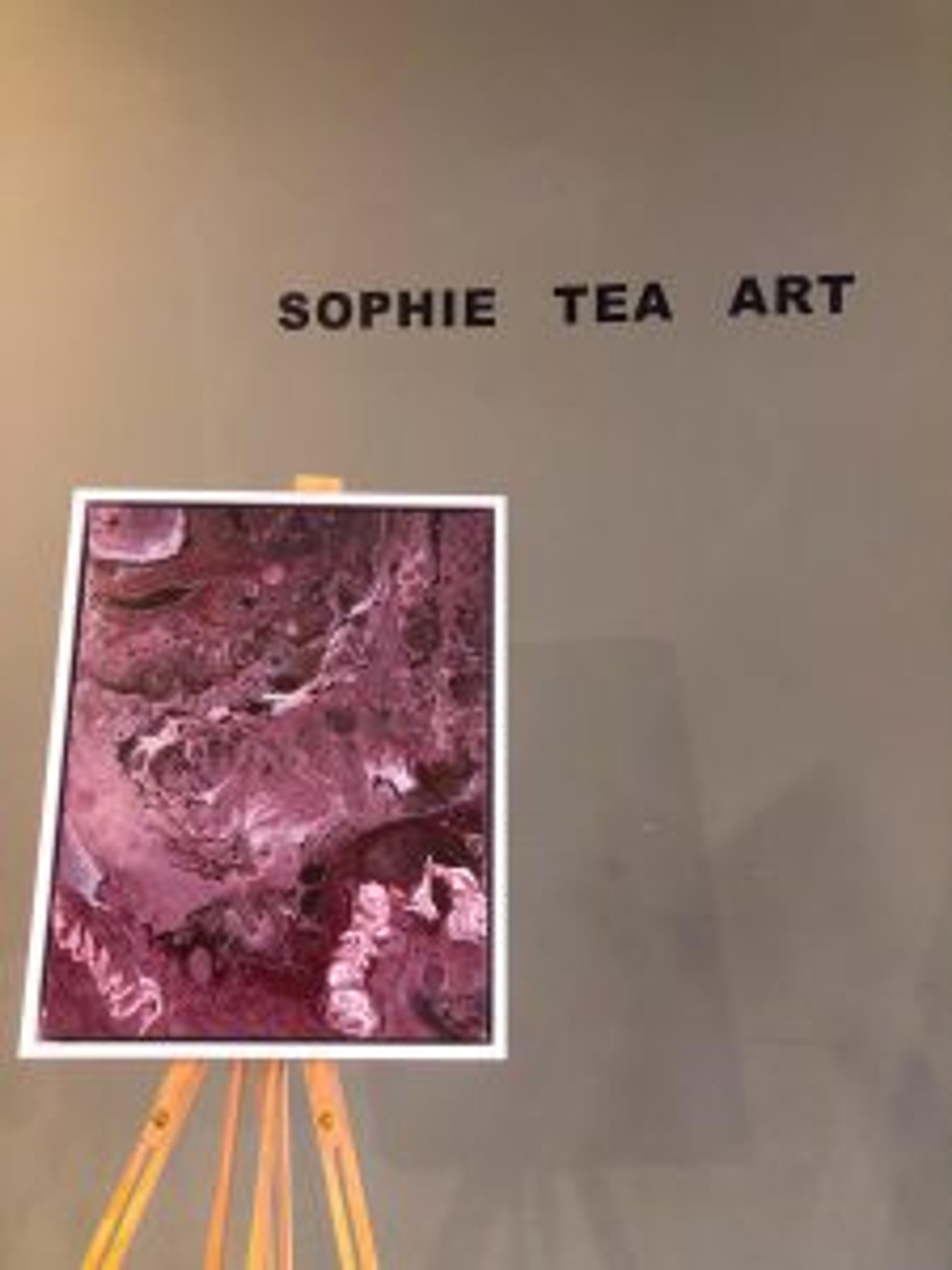 With over 70,000 followers and an ever-growing social media empire, Sophie Tea is disrupting the art industry through her contemporary eclectic style and marketing her work solely through Instagram

With over 70,000 followers and an ever-growing social media empire, Sophie Tea is disrupting the art industry through her contemporary eclectic style and marketing her work solely through Instagram, which is set to make her a first-time millionaire this year.

26-year-old, Sophie Tea, struck to social media fame in 2017 after coating her body in glitter for Coachella, ultimately inspiring the universal trend of the “glitter boob.” But nowadays, Sophie prefers to put paintbrush to paper to express her creative visions rather than using her body as the canvas. Despite initially dedicating her younger years to studying at Business School, Sophie’s drive to kickstart her creative career began whilst travelling through India; after finding herself unable to pay for accommodation, Sophie resorted to painting murals on the walls in local hostels to grab herself a free stay in return. Although, it’s difficult to imagine that a woman with this level of talent never had a career in art on her agenda.

After returning back to the UK, Sophie put her business education into practice when noticing a gap in the industry for artwork pieces to be appreciated and purchased outside of the gallery environment, which is regularly preconceived as an exclusive sphere for the elite. Sophie’s unique approach to the craft couldn’t be further from the stereotype; her “come as you are” style pop-up exhibitions encourage onlookers to attend the display in their most chill clothing, meaning there’s no pressure to keep up appearances. Evidently, Sophie is no stranger to the power of Instagram and its ability to elevate a career, which is why she often uses her platform to call out start-up graphic designers, photographers and creatives from all corners of the industry to get involved with her work, ultimately offering these hopefuls an opportunity to showcase their own talents.

Transparency and authenticity are key values for Sophie’s brand, with her regularly allowing supporters to visit her studio where she creates her masterpieces. She also refuses to keep the hard work and time that goes into her creations hidden from her fanbase either; a quick flick through Sophie’s Instagram stories and it soon becomes apparent that for the “TEA” collective, working into the early mornings is a regular occurrence. And it’s not only her dedicated following that have taken a shine to Sophie, she’s now regularly spotted rubbing shoulders with the new generation of influencers, including Maya Jama and Camilla Thurlow. This enviable friendship group is known to support and promote each other’s career advancements, whilst collectively owning the coolest wardrobe in London, proving that this uprising female energy is a force to be reckoned with.

Sophie’s latest project sees her celebrating the female anatomy in technicolour, and no body type is exempt from her work. Her most-recent approach to brainstorming saw her take to social media to ask all natures of women to send her an uncovered, stripped-back photo, that would ultimately be transformed into one of Sophie’s famed prints. And as we begin to catch a sneak-peek of these showpieces through her official Instagram page, it’s certain that a Sophie Tea piece will be making its way onto our Christmas List this year.