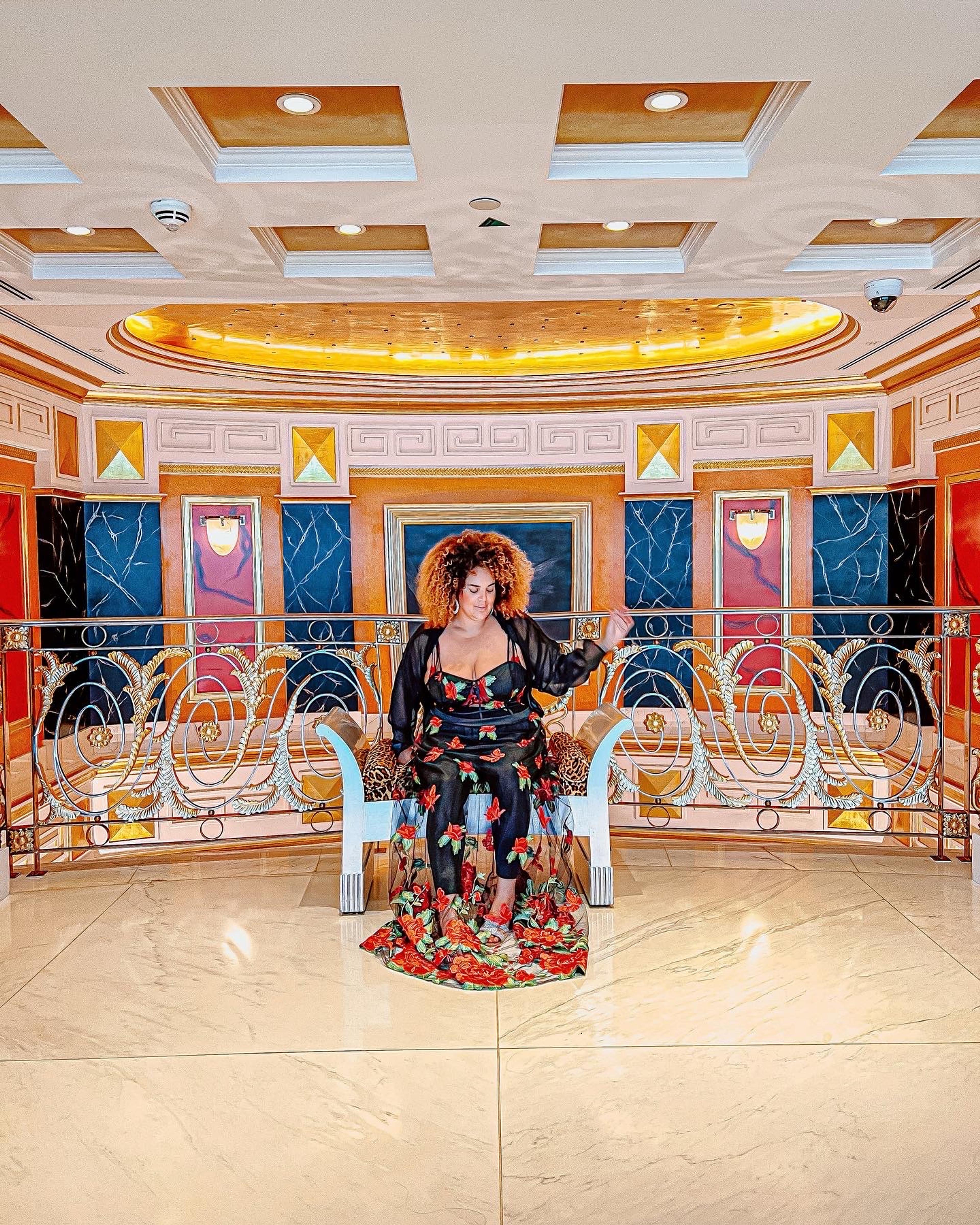 Step Inside the Burj al Arab

If there was one hotel in the world that didn't need an introduction it would have to be the Burj Al Arab Jumeirah. Dubbed ‘the only 7 star hotel in the world,’ getting access to the hotel is like winning the golden ticket to enter Willy Wonka’s Chocolate Factory. Except at the Burj al Arab, the walls aren’t laced in chocolate, instead they are laced in gold.

Luckily, there is a golden ticket available for anyone who wants to go Inside the Burj al Arab to get up close and personal with the awe inspiring interiors just by booking on to the iconic tour.

Our Founder Laura Bartlett and Interiors Editor Hayley Rubery did just that during their recent trip to Dubai. With the tour lasting 90 minutes, they were whisked up the long driveway to the hotel on the back of a golf buggy whilst been teased with a voiceover telling them what was in store. From the history behind the hotel to the exclusivity, just seeing the exterior of the hotel which soars out of the turquoise shore, keeping a proud watch over Dubai’s dazzling cityscape, is enough to get you excited. However, it doesn’t even come close to how you feel once you step inside.

From the second you are in the vast lobby you will have to pick your jaw up off of the floor. Expect to hear a lot of people saying WOW and OOOHH because it truly is unlike anywhere else in the world. Architecturally designed to resemble an Arabian dhow sail, the Burj Al Arab Jumeirah is the tallest all-suite hotel in the world and it’s a ground breaking superstructure that reflects the traditions of Dubai and Arabia.

During the tour you get to go behind the scenes and discover that renowned Chinese interior designer, Khuan Chew, is the woman behind the distinctive interiors where she blends vibrant colour palettes with over the top, exquisite materials that ooze opulence and luxury. You also find out that the same marble that Michelangelo used in his masterpiece sculpture is what is used throughout the hotel walls and floors.

Put it this way, the Burj Al Arab Jumeirah don’t do things by halves. Especially when it comes to their Royal Suite, which can rake in up to £25,000 per night, complete with your own Hermes toiletries.

We could wax lyrical about the 24 carat gold leaf used to embellish the interiors or the estimated 86,500 individual hand fixed pieces of Swarovski crystals that have been etched into the frame of the mirror in the Junsio bar and entrance but it wouldn’t be fair to reveal all of their secrets. You will have to go to find out the rest for yourself.

Visit the Inside Burj Al Arab website and grab your golden ticket from just £60 per person.