Success Worldwide : The One That Champions Local Producers with Thameside Rum

Matt Perkins in the founder of Thameside Rum. [...]

Home > Interviews > Success Worldwide : The One That Champions Local Producers with Thameside Rum

Matt Perkins is the founder of Thameside Rum. With a background in financial services, he is the epitome of pivoting, given that he now owns his own rum brand. Not an avid rum drinker in his earlier years, it was after a visit to the Caribbean that Matt discovered more about rum and started to fall in love with it. So much so, that he launched Thameside Rum who are challenging the conventions of modern Navy style rums by bringing true authentic Caribbean rum back to the banks of the River Thames.

Much like the London blending houses of the 18th Century they marry the finest Caribbean rums to create unique blends produced to centuries-old standards.

Here at House of Coco we definitely have a penchant for rum, so we spent some time with Matt to find out more…

Tell us the journey that lead you to launching your brand, The Thameside Rum…

I am an accountant by trade and have worked in Financial Services in London for the past 10 years but have always had a creative entrepreneurial side and have long wanted to start my own business.

Given my passion for food and drink I toyed with the idea of starting something, maybe a brewery or a gin distillery, for many years and spoke with a lot of people in the industry but it never materialised for whatever reason. I then discovered rum about 5 years ago during a trip to the Caribbean. Up until that point I wasn’t much of a rum fan and my very limited experience was confined to drinking sickly sweet cheap spiced rum or the odd badly made mojito. Actually being in the Caribbean and experiencing true authentic rum was a real eye opener. I was amazed at how the different terroirs of the individual Caribbean islands and various production methods would create truly unique tasting rums. They were up there with some of the best single malts and a far cry from the overly sweet mainstream rums that were available back in the UK at that time.

It was after that trip that I started exploring the idea of creating an authentic premium rum brand back in the UK. I wanted to champion these incredible local producers and showcase to the UK what real rum is all about.

Where did your love for the Caribbean come from?

My brother moved out to the Caribbean for a few years for work. It was during my first trip to visit him that my love for the Caribbean and, by default, rum began. The vibrancy and warmth of the culture runs through each island and rum is at the very heart of that. Caribbean rum producers have spent the past two centuries perfecting the art of rum making, often passed down through generations. The passion these local producers have is incredible and why in my opinion they produce the best spirits in the world.

I’m sure everyone at some point or another has envisaged the cliché of sitting on a Caribbean island drinking a cocktail but until you’re actually there in the moment you cant understand how special that is. It is a truly incredible place and one I want to explore more.

Why was it important to you to have a rum brand in the heart of London?

London has a longstanding tradition in importing and blending rum and the history of rum and the River Thames are inextricably intertwined. Going back to the 18th & 19th Century, rum from all over the Caribbean would make its way to London via the Thames and inevitably end up at Rum Quay, the largest rum warehouse in the world situated in the West India Docks. Merchants along the Thames would then skilfully blend individual rums together to create unique flavour profiles. This was true artisanal rum made in small batches and was the most sought after and best tasting rum at the time.

Over the years the blending houses and the art of blending rum in London gradually disappeared and rum in the UK became known for being a relatively cheap, poor quality, often over sweetened spirit dominated by a handful of big corporate brands.

I am on a mission to change that and am committed to bringing true authentic London dock style rum back to the banks of the River Thames once again.

Do you ever plan on extending your range and offering more than rum?

Not in the short term – but never say never.

For now we’re focusing on championing authentic Caribbean rum and creating a balanced portfolio of products within the rum category.

Since launching the biz, what has been your proudest moment?

That first sale or the first time you walk into a bar or shop and see your product on the shelf. Nothing will ever beat that. Knowing how much hard work has gone into it and the sacrifices you’ve made to create something from scratch and it’s now sitting alongside drinks brands that I’ve admired for many years is just incredible and hard to believe. One of those pinch me moments.

Did you have to make any pivots to survive 2020?

After launching towards the back end of 2019 our main focus for 2020 was to gain traction in the on-trade by getting our rum into the hands of bartenders and attend events and tastings in order to raise brand awareness and get people tasting our great product and tell our story.

Covid-19 has meant that on-trade interaction has been incredibly hard and nearly all our planned events have been cancelled which has impacted sales and slowed our projected growth substantially. I’m also a one man band currently juggling another full time job so it’s been incredibly tough to dedicate the time and effort to the brand to maintain the momentum we gathered at the start of the year.

It has been a truly awful year for hospitality and we’re fortunate that we still have retail and direct to consumer as an option. We therefore had to pivot and changed our focus towards the off-trade and tried to drive direct B2C sales through our website which has just about kept our heads above water but it’s been an incredibly challenging year. We’ve also turned more to social media and organised virtual cocktail making sessions and other virtual events to stay engaged with customers.

Looking back, is there anything you would do differently?

I self-funded the business on a shoestring and also raised some extra funds through a crowdfunding campaign to pre-sell our first batch of rum. Looking back I would have probably tried to secure some external investment up front to give us more of a launch pad in the first few months and drive quicker growth. Although given the current environment growing organically and treading carefully hasn’t turned out to be too bad a strategy.

I would have also considered bringing on board a co-founder. Having someone to bounce ideas off and share the workload would have been extremely beneficial in getting off the ground.

Have you got plans to extend your product range in the future?

Certainly. We’re actually in the process of working on two new releases which will complement our Signature Blend rum really well. I cant give too much away but one is likely to be aimed more at the sipping market whilst the other is inspired by the popularity of pineapple rum in London back in the 18th Century. We’re hoping to launch mid-way through this year so watch this space!

When lacking motivation, what is your go-to quote?

“Be willing to be a beginner every single morning” – Meister Eckhart

Starting a business from scratch on a shoestring coupled with being a sole founder requires you to be a jack of all trades and has meant that I have had to take on the role of head of sales, marketing, finance, operations, IT and everything else in between.

It’s been a huge learning curve but in today’s digital age online help and resources are more accessible than ever before so there’s no excuse not to learn new skills. You just have to be willing to learn.

In the early days I would be googling constantly “how to build a website”, “how to register a company” etc…

What have you learned during 2020 that no other year has taught you?

To never take for granted being able to see family and friends and to cherish each moment you get with them.

Our readers love to travel, what destination is at the top of your Bucketlist?

Apart from exploring more of the Caribbean, I would love to do the Inca trail and just travel around South America in general. Although I need to sell a few more bottles of rum first…

Where can people find out more?

Success Worldwide : The One that loves Dogs with Pawdel

25/01/2021
It all started with a rescued Aspin (a portmanteau of Asong Pinoy or Native Dog in the Philippines), and the desire to make it feel and look good. […]

25/01/2021
If you are planning an exciting upcoming trip, personal safety and self-defense are important factors to consider. […]

25/01/2021
The Sex and the City reboot has been confirmed and, as wel as waiting for the girls to hit our screens, we’re happy to plan our trip to New York City – just like Carrie. 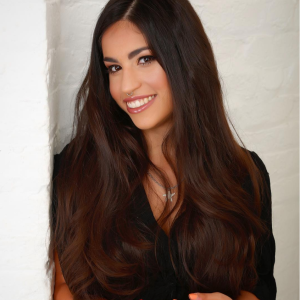