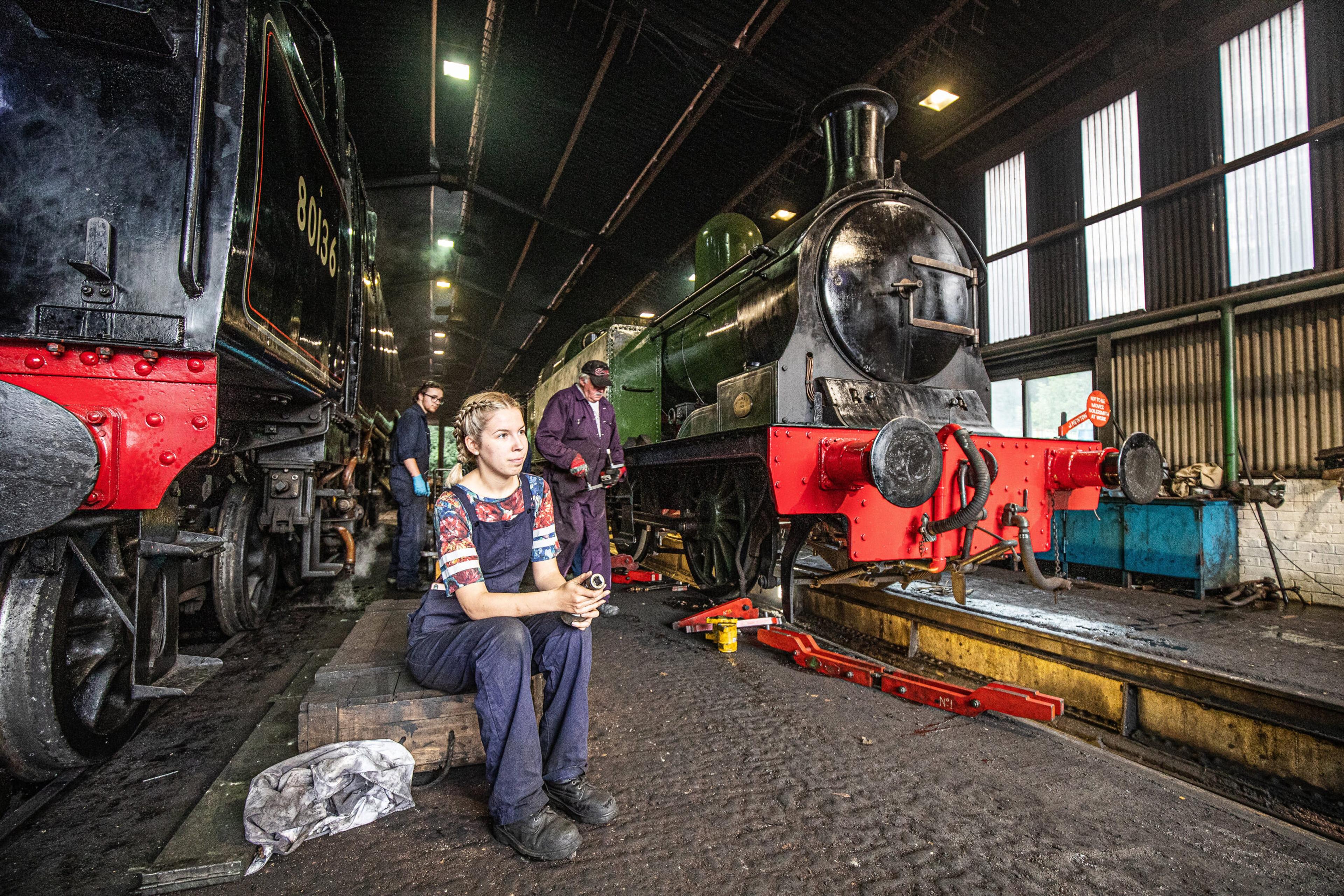 Take a train back in time: North Yorks Railway

At House of Coco we’re usually about getting from A to B.

At House of Coco we’re usually about getting from A to B. But every so often an opportunity arises where the journey becomes more important than the destination.

There’s a certain type of magic about steam trains that ignites something in every generation, whether that be excitement or nostalgia, or both. If you ask me, there aren’t enough things in life that make everyone happy like this.

Standing on the platform at Pickering station (sorry but this one is really for the Northerners among us), you hear the strangely familiar roaring toots of the whistle and watch as kids stare on in awe as the train pulls in.

North Yorkshire Moors Railway have the monopoly on steam locomotives ferrying people back and forth through time in their vintage carriages. Now I meant that as a joke but one of the stops on the line is infamous 60s village, Goathland, which feels a bit like you’re on a film set, if you’re up for it. Fun fact for any Harry Potter fans out there, Goathland Railway Station actually doubled for that of Hogsmeade, the village next to Hogwarts.

The ‘Seaside Special’ ticket for the summer takes you on the relaxing ride from Pickering, through the North Yorkshire Moors to Whitby. For anyone who doesn’t know (Londoners, we’re looking at you), Whitby is a historic seaside town on the North Yorkshire coast famous for Captain Cook and cobbled streets, towered over by the grand ruins of Whitby Abbey, which is linked to Bram Stoker’s Dracula. In the novel, the nefarious Count Dracula washes up on the shores of Whitby after his journey from Transylvania. Because of this, the town has been a tourist hotspot for years – especially for those with a penchant for the macabre.

Nothing on Dracula but I’d take a chilled glass of rosé over anyones blood, so lucky Whitby is also famous for it’s charming old-y world-y pubs. Before you head back to the train, top off your day with some other seaside staples – maybe walk on the beach, playing on the 2p arcade machines or checking out the quaint little antique shops.

Oh, and if you go to the seaside without tucking into some fish and chips, then what on earth are you even doing?!