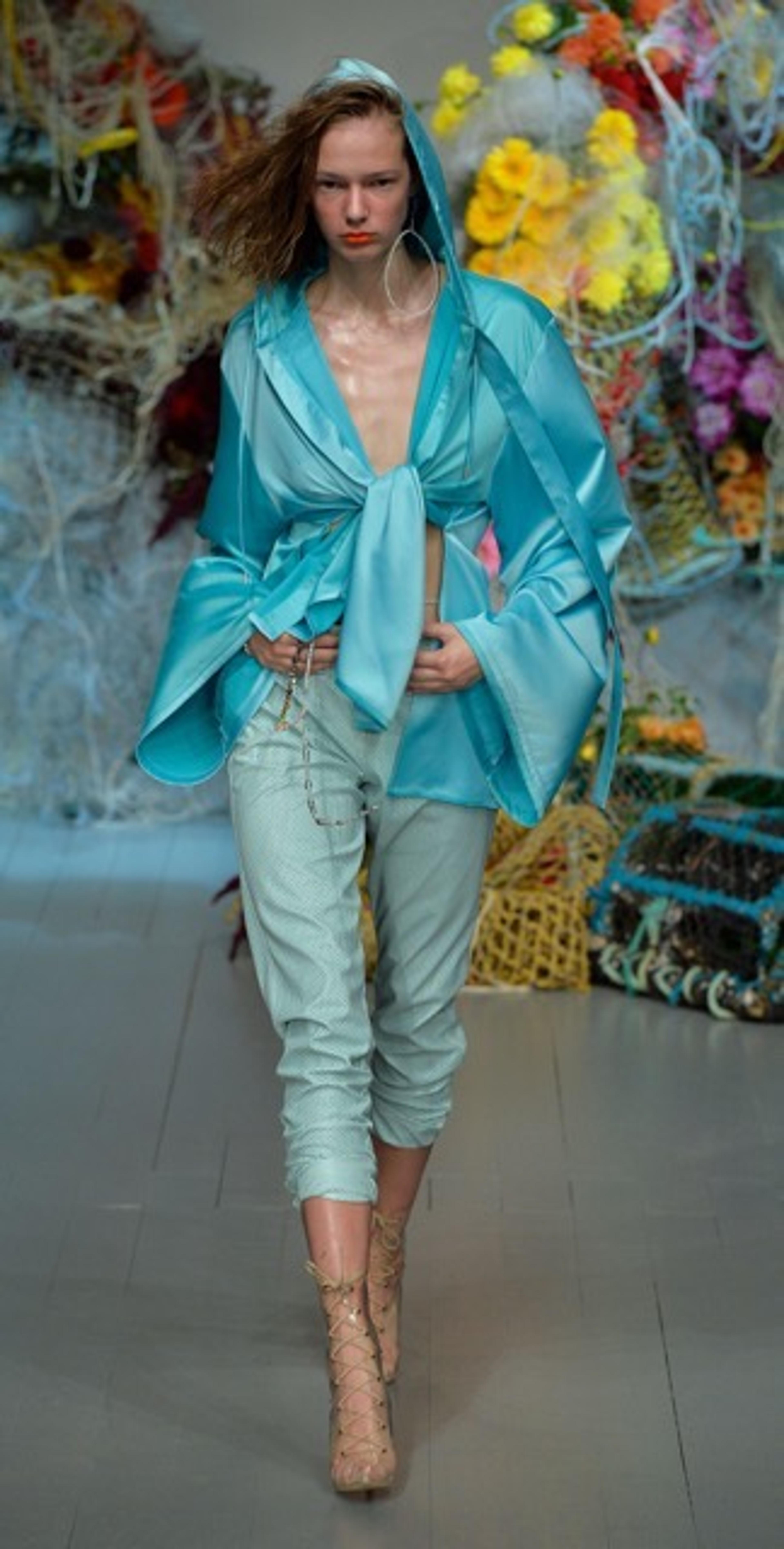 While fashion week is kicking off in the sun-drenched streets of Milan, TeamCoco looks back at some of the highlights of London Fashion week.

While fashion week is kicking off in the sun-drenched streets of Milan, TeamCoco looks back at some of the highlights of London Fashion week. Thanks to our super Insider access from Etihad Airways, the official airline of London Fashion Week – TeamCoco fashionista, Hannah Tan-Gillies went #runwaytorunway and got to check out some of Britain’s most exciting designers and hang out at the Designers Showrooms, with some canapés and a glass of bubbles of course.

This season, the Polish born designer took a trip down to memory lane, by taking inspiration from her own millennial youth. Bright pastel prints which were very reminiscent of late nineties/noughties cut teen classics like ‘Jawbreaker’ and of course ‘Mean Girls’, came down the runway, albeit imbued with Marta Jakubowski’s signature sexy splicing. Peek-a-boo slits, cutouts, and hems harked back to her more conceptual aesthetic, but given a candy coated makeover. Tonal cutout column maxi dresses arrived in varying shades of pink and aqua, while tie-front silk tops were matched with low waist satin trousers. Even Paris Hilton would say “that’s hot”

Everything about Fyodor Golan’s ss19 show looks like it had been lifted from a 2018 version of The Little Mermaid. The runway was filled with a hodge podge of fishnets made to look like they have been washed to shore, and the clothes were a parade of noughties references. The whole thing felt like a high-fashion mash up of Jenny from the Block. If the aforementioned ‘block’ was the Pacific Ocean, and the ‘rocks’ that she’s got were actually seashells. According to design duo Fyodor Podgorny and Golan Frydman, “Being inspired by the oceans we couldn’t avoid the topic of plastic waste. We’ve teamed up with the charity ‘Plastic Oceans UK’ who have helped us collect abandoned fishing nets that are forming one of the largest dangers to marine life,” — sexy and sustainable? Definitely Team Coco approved.

While Ashish’s latest shows have taken a more somber tone, this collection was kind of a return to form for Ashish; but minus all the usual theatrical political subtext.As models walked down the runway, every look exuded a kind of effortless sexiness. Spliced flared trousers, cutaway asymmetrical handkerchief tops, patched sequinned mini-skirts and of course a gathered hem jumpsuit. Everything was covered in luminescent pastel toned sequins, which showed us a new side of this designer’s penchant for glitter. And even if other die-hard Ashish fans left the show looking for that missing subtext; there’s still a lot to love in all the new shapes and silhouettes making their entrances into Ashish’s repertoire this season.