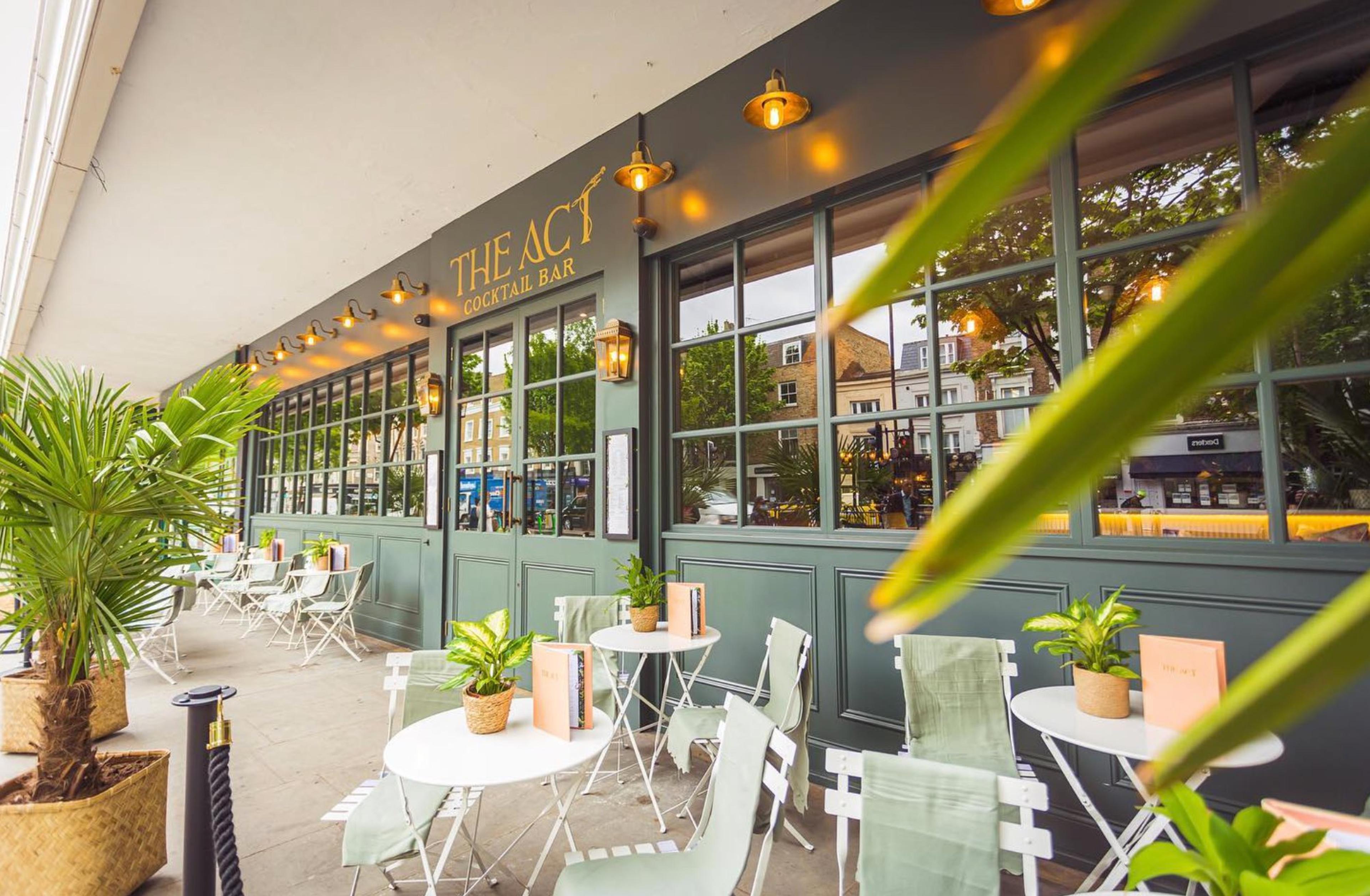 The Act is bringing the West End to Notting Hill

Live entertainment in Notting Hill never looked so good. At least, that is what we thought after visiting The Act. The Act is livening up Notting Hill’s usually quiet neighbourhood scene with fabulous live performances featuring everything from West End hits to bangers from the 80s, 90s and the early aughts.

We visited The Act at dinnertime on a Saturday Night, and while the bar may have just opened in March, inside it was filled with a vibrant, effortlessly cool crowd that was dancing and singing as if it were peak nightclub hours, just before closing time.

The stars of The Act are the staff themselves and when they are not serving up delectable cocktails, they are jumping on tables, singing, dancing and leading flash mobs to hits from Amy Winehouse, Britney Spears, ABBA, Prince and so much more. The performances are a sight to behold, adding an element of grandeur and spectacle never before seen in Notting Hill. The Act is rotating different themed performances monthly, giving you endless reasons to keep coming back.

Everything about The Act pays homage to the spectacle of theatre. This is reflected in the cocktail menu which draws inspiration from some of the biggest characters on stage from Jean Valjean, Grizabella, Elder Price and Elphaba.

Elphaba, named after the ‘wicked’ witch of the west, was our favourite. Made with a blend of Bombay Sapphire Premier Cru, Agwa Cocoa Leaf Liqueur, apple, cucumber and mint – this cocktail is a perfect refresher in between the performances at The Act.

Another favourite was Viscount Raoul, which blends Grey Goose Vodka with sparkling Yuzu, strawberry puree and Limoncello. This devilishly sweet cocktail is just as devilish as its namesake — and sinfully delicious too.

No matter what cocktail you select though, one thing is for sure, you better get your dancing shoes ready for your visit to The Act, which brings all the joys of the West End into the heart of Notting Hill.