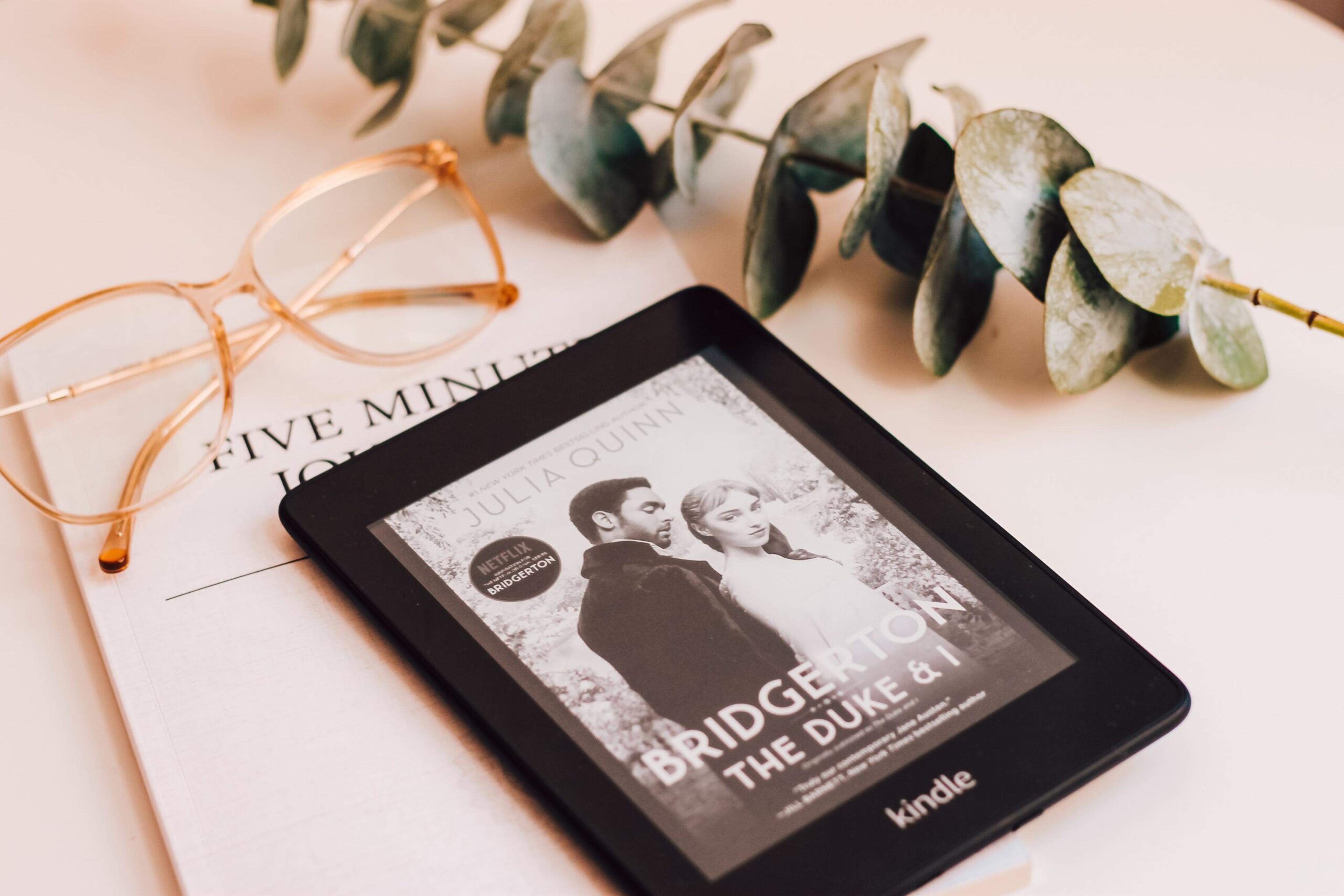 Think outside the (TV) box: a series of tours inspired by Netflix

Here at House of Coco we're not shy to admit that we've spent more time watching Netflix than we care to admit.

Here at House of Coco we’re not shy to admit that we’ve spent more time watching Netflix than we care to admit. It’s almost been a year since Tiger King became a lockdown sensation and since then we’ve been getting Down to Earth with Zac Efron in South America, seeking multi-million-dollar dream homes in Selling Sunset and falling in love with ‘the ton’s’ most eligible members of the elite in Bridgerton, which has become the most watched series on Netflix to date.

From Paris to Peru, we have rounded up a series of tours to inspire your next adventure, based on Netflix favourites from around the globe.

Bridgerton is a period drama like no other. Watch as the powerful Bridgerton family navigates through love, marriage and scandal. This season, much of the filming took place in Bath, where ToursByLocals guide Cheryl can take visitors on a stroll around the beautiful city which was one of the most fashionable places to be seen in the 18thcentury. The city of Bath is designated with UNESCO World Heritage Site status and is famous for the Roman Baths built around hot springs, the awe-inspiring architecture of the Royal Crescent and its spectacular Abbey. Indulge in historical gossip and find out about the local stories of time gone by, full of salacious scandal and secrecy.

ToursByLocals (www.toursbylocals.com) offers a private Bath City Walking Tour from £125 per tour, for up to ten people. The two-hour fully customisable tour includes a leisurely jaunt around Bath taking in the highlights with a local Blue Badge tour guide, with the option to extend to visit a museum.

DOWN TO EARTH WITH ZAC EFRON: EXPLORE THE ICA DESERT AND SAND DUNES IN PERU

Ever dreamed of travelling the world with Zac Efron? Of course you have. The eight-part series follows his travels highlighting stunning natural scenery, sustainable living and green energy. Combine an adrenaline rush with the majestic beauty of the Ica desert on an epic adventure with ToursByLocals. Try your hand at sandboarding, just like Zac when he visited Peru; after an action-packed day, watch the sunset as it dips below the dunes.

Local guide, Karina was born and raised in Nazca on the southern coast of Peru and also hosts the Nazca Lines Flight Tour, which takes in thirteen of the mysterious ancient geoglyphs, featuring the hummingbird and the astronaut.

ToursByLocals (www.toursbylocals.com) offers a Dune Buggy Ride & Sandboarding tour at the Huacachina Oasis from £140 per tour, for up to three people. The two-hour private tour includes guiding services from a local expert guide and admission tickets.

TOO HOT TO HANDLE: ESCAPE TO PARADISE IN MEXICO

Netfix’s megahit dating show, Too Hot To Handle was filmed in dreamy Riviera Nayarit, on Mexico’s Pacific coast. With a coastline framed by the majestic Sierra Madre Mountains, lush white beaches, and sparkling blue seas, Riviera Nayarit offers luxury, natural scenery, and privacy. This paradise has become the inspiration for many holiday-starved viewers stuck at home during lockdown. The stunning beach house in Too Hot to Handle is in Punta Mita, one of the most sophisticated and exclusive areas of Riviera Nayarit.

Nestled within a 1,500-acre private peninsula, Punta Mita is the type of place where heavenly dreams of idyllic tropical getaways turn to reality. The gated, ultra-luxurious location is home to multimillion-dollar villas, two Jack Nicklaus Signature golf courses, and top shelf luxury hotel brands, such as St. Regis Punta Mita Resort and Four Seasons Resort Punta Mita. The luxury continues as the destination is home to some of the best Mexican restaurants in Rivera Nayarit and beautiful boutique hotels tucked away among the trees. The destination offers a combination of tranquil bays for swimming, as well as hundreds of acres of protected tropical forest for exploring. For more information, visit: www.RivieraNayarit.com

Welcome to the Oppenheim Group. The stylish and feisty squad of real estate brokers are on a mission to sell multi-million-dollar dream homes to the rich and famous of Los Angeles. Take a VIP trip to the Hollywood Hills with ToursByLocals guide Lawrence and get the inside scoop on Hollywood movie stars, how they live and what secrets they keep behind their star-studded gates. Cruise down Rodeo Drive and check out the Sunset Strip and imagine yourself transporting your life to the mecca of all things glam – it is La La Land after all.

THE QUEEN’S GAMBIT: EXPERIENCE THE CULTURE AND HISTORY OF BERLIN

Set in Kentucky and filmed in Berlin, the ever-popular story follows the life of Beth Harman, a young chess prodigy from lowly beginnings. The orphanage where Beth grew up was filmed at the Schloss-Schulzendorf, which was built in 1889 and stands on the outskirts of Berlin. Explore the cultural heritage of Germany’s capital and visit the fantastic museums on Berlin’s so-called Museum Island, which reflects new ideas in philosophy, science and politics.

ToursByLocals (www.toursbylocals.com) offers a Berlin Art and Culture Tour with an Art Historian from £251 per tour, for up to two people. The three-hour town is fully customisable. Local guide and historian Hilke has been working as a certified Berlin guide for over 30 years and studied in Berlin, Rome, Paris and Washington.

EMILY IN PARIS: ENJOY ALL THINGS CHIC IN THE CITY OF LIGHT

While following in the footsteps of a cheerful American marketing exec who lands a job with a French agency, each episode of Emily in Paristakes viewers on a tour around the glamourous French capital. Nominated for a Golden Globe, the series takes in breathtaking views over the Seine and world-renowned locations that reaffirm the popular belief that Paris is one of the most beautiful cities in the world. From walking across the iconic Pont Alexandre III bridge to high-end dining in Le Café de L’Homme, a contemporary Parisian brasserie known for its unobstructed views of the Eiffel Tower, the series’ fans will be able to recognise plenty of the city’s landmarks to create an Emily-inspired recreation on their own.

For the most glamourous experience, which doesn’t break the bank, Bidroom, the membership-based travel club for travel lovers, offers better hotel deals than anywhere else, along with in-hotel perks such a complimentary room upgrades, arrival drinks, late check-out, and free WIFI as standard. Become a member for free and enjoy discounts on other travel services such as car hire, insurance, tours and luggage storage, or upgrade for £29 per year to unlock even more hotel deals, bigger discounts of up to 40% on travel extras and share your membership benefits with friends.

Conveniently located within a short walk from the Notre Dame Cathedral, the four-star Hotel La Lanterne is a perfect example of Parisian chic. Bidroom (bidroom.com) offers a three-night stay at this independent boutique hotel priced from £606 per couple, including spa access in addition to a range of Bidroom’s membership perks.

The year is 872 and many of the separate kingdoms of what we now know as England have fallen to the invading Danes, leaving the great kingdom of Wessex standing alone. The Last Kingdom portrays the conflict between the Danes and the Saxons as they battle it out, with swoon-worthy Uhtred of Bebbanburg at the helm. With the Danes eager to take more land and the Saxons fighting to hold the ground they have and repel the ‘marauding heathens’ from England, viewers have been on the edge of their seats this lockdown.

The holiday is priced from £959 per person including B&B accommodation, luggage transfers between hotels and route directions and maps. https://www.headwater.com/

OUR PLANET: DISCOVER THE NATURAL WONDERS IN REMOTE GUYANA

David Attenborough’s Netflix exclusive, Our Planet, picked up two Emmy Awards for its exploration of the rich natural wonders, iconic species and wildlife spectacles that still remain, and revealed the key issues that urgently threaten their existence. The remote South American nation of Guyana is one of the last remaining places in the world where travellers can experience nature in its purest form. Part of the Guiana Shield, one of four primary rainforests left in the world, 87% of Guyana’s territory is made up of pristine Amazon jungle, home to over 820 bird species and 225 mammal species and counting. The variety of ecosystems from dense jungle to grassy savannah like plains are home to iconic species such as the elusive jaguar, harpy eagle, giant river otter, giant anteater and black caiman as well as lesser-known species endemic to the Guiana Shield such as the Guianan cock-of-the-rock and the golden rocket frog.