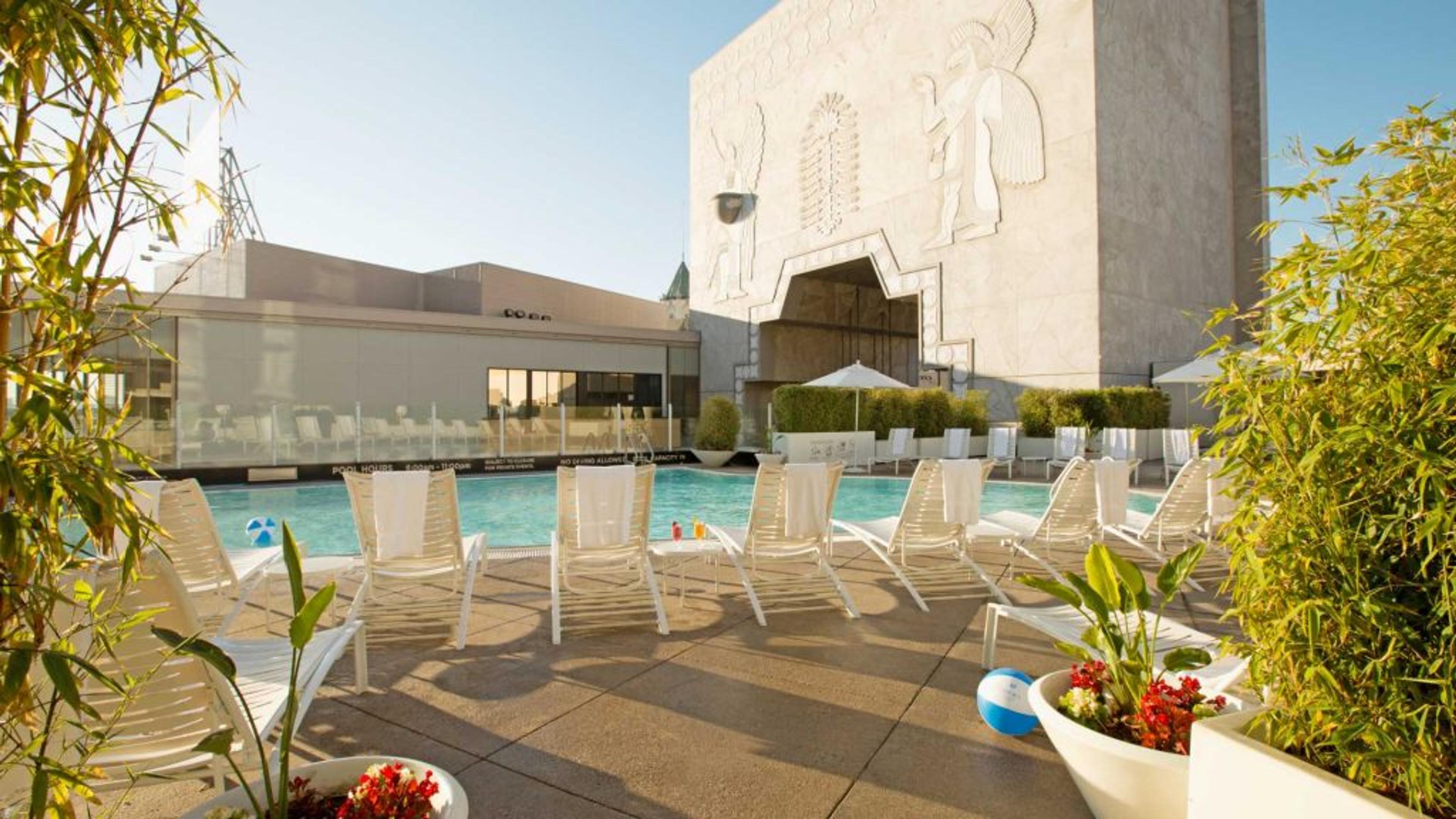 There’s so much to love in Los Angeles beyond the A-list celebrities that inhabit it.

There’s so much to love in Los Angeles beyond the A-list celebrities that inhabit it. Whether you’re hitting up Universal Studios, taking a walk on the Hollywood walk of fame, or even just chilling out in a café in Abbot Kinney, there’s never a shortage of things to discover. If you’re planning to go over the pond, don’t worry – we’ve got you covered. Because we’ve put together the top 10 Coolest hotels in LA so you don’t have to.

Tucked between Hollywood and downtown is the LINE LA, boasting a variety of eateries, incredible rooms and a poolside oasis, the Line is the perfect place to experience the urban rich culture of LA. Located at the centre of Koreatown you can choose to relax all day and retire to your room in the evening or head to the bar for cocktails and karaoke.

Modern and contemporary and situated at the heart of Hollywood, Loews Hollywood Hotel is the ideal retreat. A fitness centre, outdoor pool, bar, lounge and coffee shop, this hotel has everything you need to prepare you for your days in L.A and to help you recover after them too.

Between Santa Monica Pier and Venice Beach is the W Hotel Los Angeles. A poolside bar, two restaurants, 24hour room service, a terrace garden, outdoor pool, jacuzzi and spa, this hotel is the perfect L.A retreat, you wont even need to leave the hotel if you don’t want to!

An icon wherever you are in the world and Four Seasons Beverly Hills is no exception. Completely immerse yourself in the Hollywood lifestyle with outdoor spa treatments, poolside cabanas, and a resort style pool; this is a sanctuary hidden between LA and the Pacific Ocean.

The Viceroy L’ Ermitage Beverly Hills embodies the feel of a sophisticated private club. Situated on a peaceful tree-lined residential street, the Viceroy is elegant and private yet just a stones throw away from Rodeo Drive.

The Waldorf Astoria Beverly Hills, so rightly described as an urban oasis, this hotel is an array of lush gardens, californian décor and lavish accommodation. From Lalique crystal detailing to the La Prairie spa, a stay here is the epitome of luxury.

Once you step through the signature thirty-foot mahogany doors into this luxury boutique hotel in the heart of West Hollywood, the Mondrian LA has captured you. An indoor swing in the lobby, a rooftop lounge with stunning views and located on the Sunset Strip, the hotel gives you reason upon reason to never leave.

Situated in the United Artists historic building which was originally built in 1927, is the Ace Hotel Los Angeles. A mezzanine lounge that boats panoramic views, poolside dining and drinks, contemporary amentities and pet friendly are just some of the quirks that make this luxury boutique hotel worthwhile.

One of the longest-standing hotels in Downtown Los Angeles, Hotel Figueroa is an iconic beacon of progress in an ever-evolving city. Following a dazzling, two-year restoration inspired by its original 1926 Spanish Colonial splendour, the hotel has re-emerged as a sophisticated and singularly storied haven in L.A.’s cultural epicentre. First commissioned nearly a century ago as an exclusive haven for professional women travelers—a rarity at the time—the hotel’s roots as a bastion of social progress and creativity run deep.

A quintessentially exclusive hotel since 1946, Hotel Bel Air is hidden away amongst the hills. A reminder of the golden era of Hollywood, surrounded by elegance and its own swan lake, what more could you need to escape. Self-professed fragrance obsessed, Dubai-based Vanessa is a beauty and travel contributor. When not writing, you’ll find her meditating, swimming and/or sipping a cocktail (in Greece, preferably).