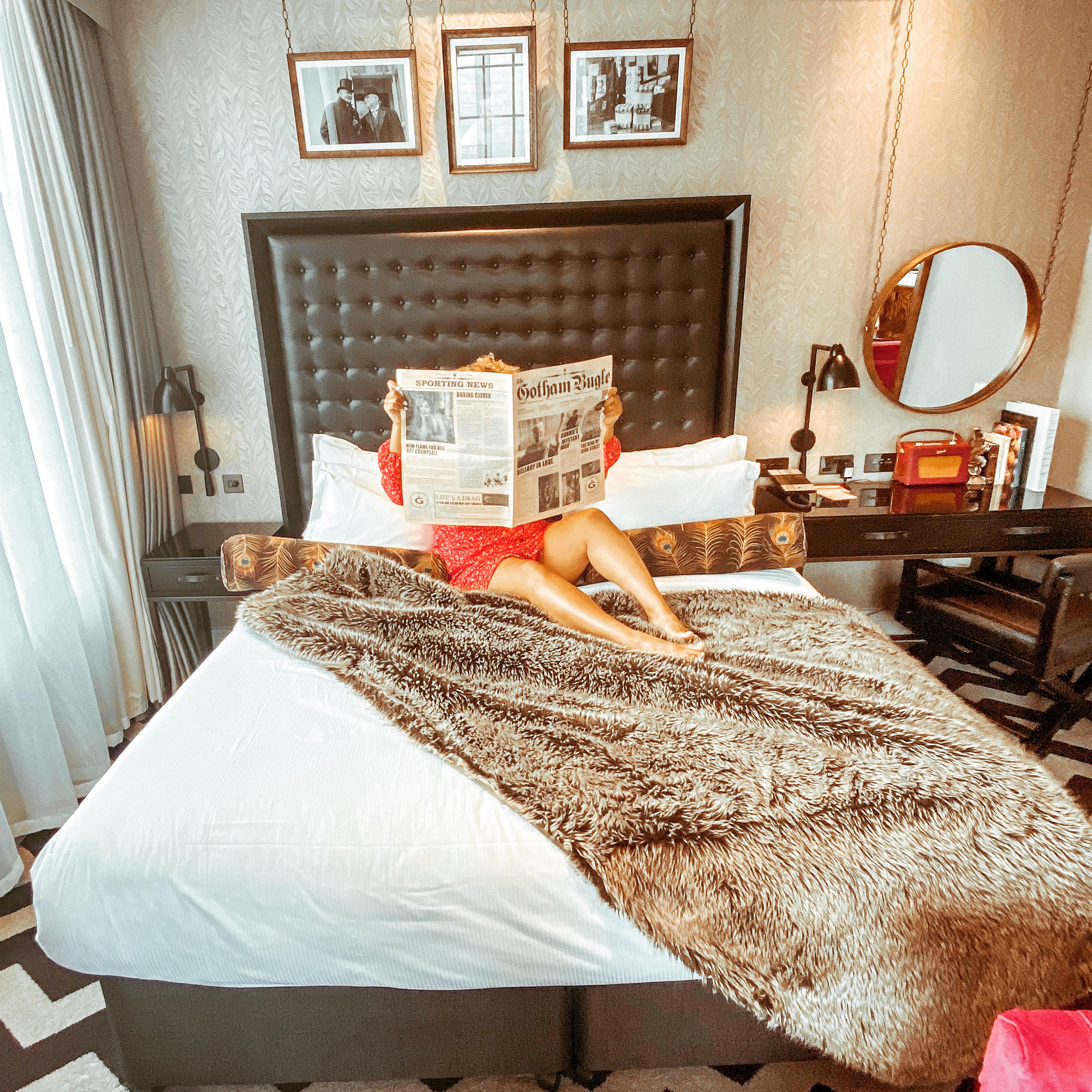 Ever wandered through Manchester and spotted a yellow cab flying down Deansgate in hot pursuit? Or a hot dog stand in Piccadilly Gardens?

Ever wandered through Manchester and spotted a yellow cab flying down Deansgate in hot pursuit? Or a hot dog stand in Piccadilly Gardens? Or Marilyn Monroe waltzing down Canal Street? Well, the last one we can probably explain, but there’s always been a strange connection between our beloved Northern neighbour and New York City.

Of course, you can’t compare the two. Manchester is a clear winner for us. But there are significant similarities that make Manchester the perfect UK understudy for Manhattan, and there are numerous film credits to prove it.

Now film sets come and go, but the constant piece of the Big Apple that remains sitting proudly on King Street is the Hotel Gotham. The building could definitely have come fresh from New York, with its wild Art Deco architecture sitting jarringly against its Victorian and Edwardian neighbours.

Everything here is in character, to the freshly dressed doormen, to the room service who slip the hotel’s newspaper, The Gotham Bugle, under your door. There’s even a pair of binoculars in your room you should you wish to try and spot a certain superhero flying around the place at night – just be careful what you use them for…

The traditional art deco interiors are broken up by modern flashes of geometric shapes and hot pink furniture. In the suites, vintage luggage chests double up as coffee tables and are stylishly adorned with thoughtful chunky books.

Hotel wardrobes aren’t usually one of the highlights of a room. A safe, laundry bag, and annoying hookless coat-hangers come as standard but at the Gotham, it’s just another spectacle. Not only is this where you’ll find your plush fluffy white robes, but also a minibar, cocktail station (complete with Martini glasses and Champagne flutes) and personal coffee area.

A mini bar and a cocktail set will have you set for the night. To level up your evening you quite literally need to level up to the top floor of the building where you’ll find one of Manchester’s coolest bars – Club Brass.

If you were wondering about the name, it’s a nod to the building itself (bank) and to what makes the world go round (money). If that doesn’t tell you how luxe this place is you probably don’t deserve a table, which is actually the case for some since the bar is open only to members and guests of the hotel. Think media tycoons, slick entrepreneurs and celeb class football players (Premiership only). Club Brass is linked with London’s Century Club, for more perspective on exclusivity.

Manchester isn’t short of well-known institutions. In fact, they’re world famous. Oasis, The Stone Roses, Northern Soul, The Industrial Revolution, The Haçienda, Coronation Street… Our guess is it won’t be long before the Hotel Gotham makes it up there with the best of them.