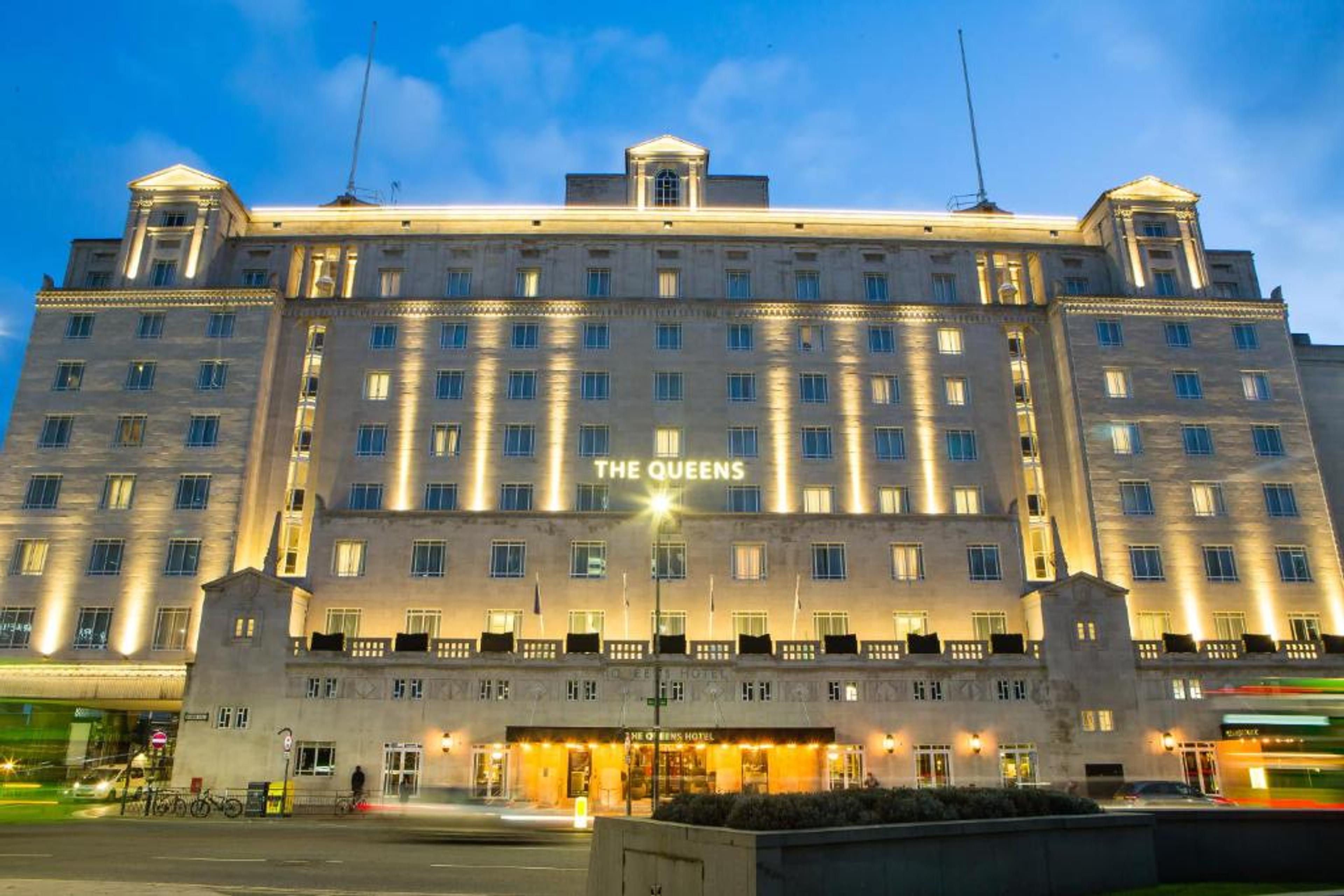 Leeds architecture is brilliant. No really, we’re not talking about Elland Road or some of the dodgy nightclubs, but the impressive façades of perfectly preserved Victorian buildings.

Leeds architecture is brilliant. No really, we’re not talking about Elland Road or some of the dodgy nightclubs, but the impressive façades of perfectly preserved Victorian buildings. And none is more impressive than the Queens Hotel.

One of the first places you get to when you hop off the train at Leeds Station is Millennium Square, and towering over is the Queens – a stalwart hotel with its veins running deep in Leeds’ history, and a favourite to old school celebs like Cary Grant, Laurel & Hardy or the Princess of Monaco. The Queens is really from a glamorous time at the turn of the century when rail travel was booming, and grand hotels were built by the railways to accommodate their discerning passengers.

Last year, after being open for almost 100 years, the Queens went a much needed ‘royal transformation’ injecting a new lease of life (and £16million) into one of the city’s most beloved monuments. In a nod to the building’s history, the new renovation was centred around the golden age of the railways, reigniting the glamour of its art-deco style and putting a firm focus on first class service.

We’re Leeds through and through, but sometimes you forget to appreciate your hometown in all its glory, so we jumped at the chance to check in to the newly refurbished Queens to be tourists in our home town and see Leeds through new eyes once again.

The façade is as impressive as ever, serving up grandeur from the second you lay eyes on it. Inside, every single one of the 232 bedrooms have undergone a serious transformation, seamlessly blending style, sophistication and serenity. Cosy rooms are a snug city centre escape – where the hotel’s suites are lavish and extravagant, with private terraces and rare panoramic views of the city and the Yorkshire countryside beyond.

The talk of the town as part of the new renovation is the Grand Pacific. Rarely in Leeds do bars in hotels attract attention like this, but in an unexpected partnership with Living Ventures (also responsible for firm Leeds favourite, Blackhouse), Grand Pacific has been tantalising locals and guests since its launch. Think all of the glamour and sophistication of a railway grand café combined with the excitement and flavour of a mysterious exotic oasis. It didn’t take long for us all to realise that Grand Pacific is never a bad idea – whether it’s all day dining you need, or afternoon tea, or a glass of Champagne. It’s the new go-to, and we couldn’t be happier about it.

Little do people know that Leeds is home to one of the largest indoor markets in Europe with a history dating back to 1822. There’s a rich history behind these stalls, but one of the most famous stories is that in 1884, the market became home to the first ever Marks and Spencer as a penny bazaar – its location now remembered by a centenary clock and Victorian style market stall. Great for a thoughtful gift stop or if you’ve ran out of nice jam.

Leeds is constantly celebrated for its shopping, and there’s no place better to get lost than in the grand Victorian arcades. Our recommendation is to hit the Victoria Quarter and then get lost in Harvey Nics after, and definitely have a wine on the rooftop restaurant overlooking Briggate, best for people watching.

Sounds boring but Leeds is quite literally built on the intertwining River Aire and Leeds & Liverpool Canal. Catch the free water taxi from Granary Wharf to Leeds Dock to soak up the origins of the city, and for a couple of picturesque photo opps along the way.